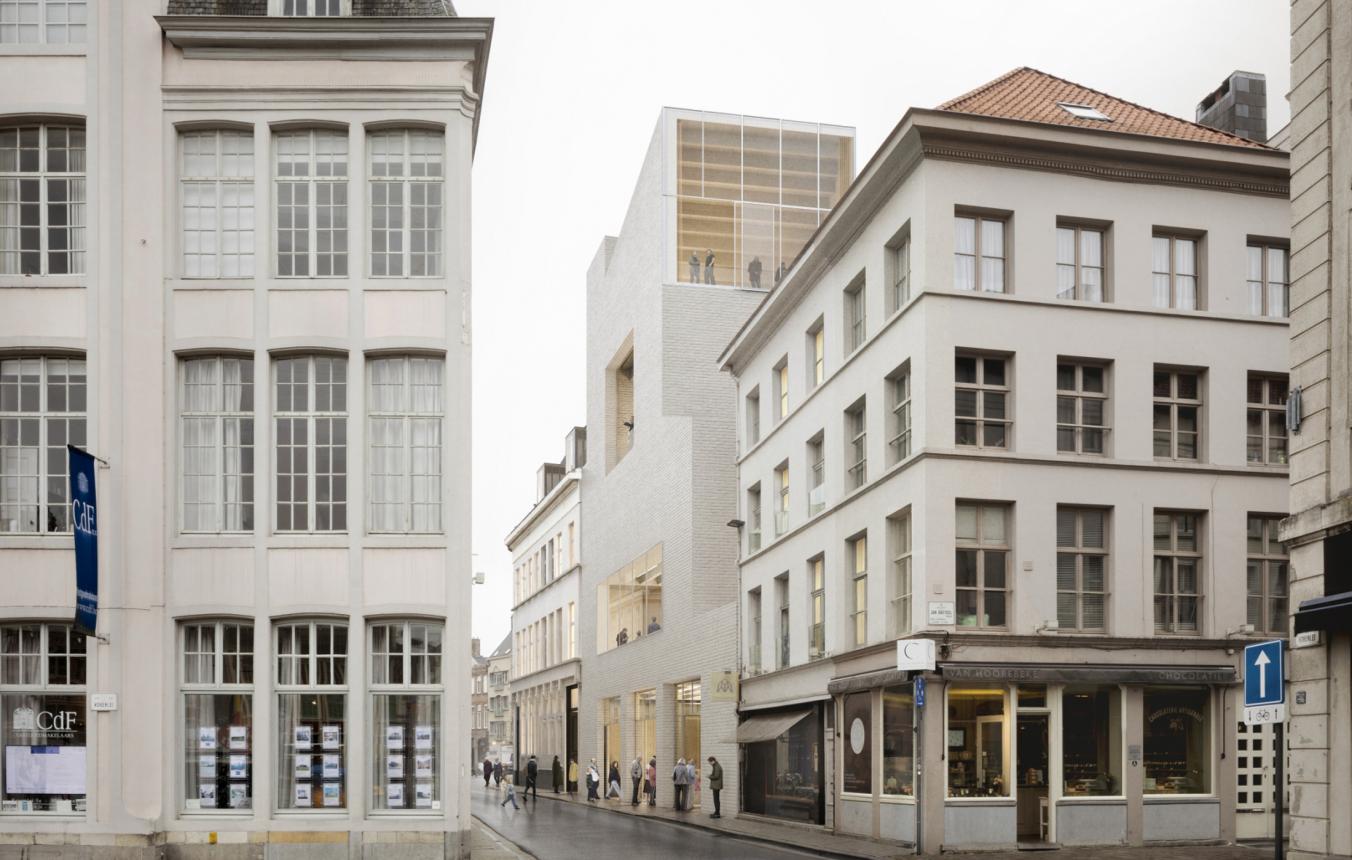 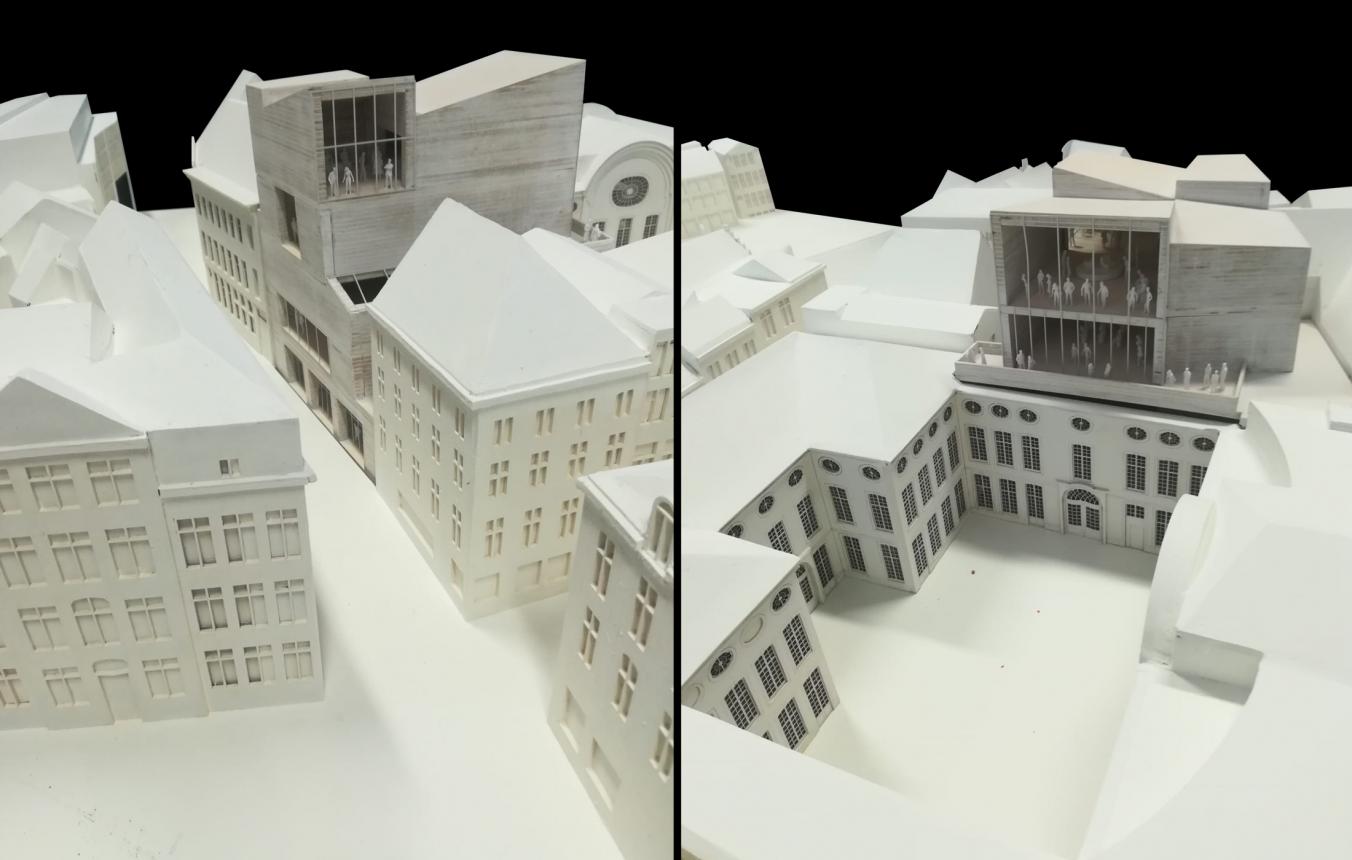 Design Museum Gent expands in the middle of the historical centre of Ghent. Already in 1922, the Museum of Decorative Arts moved into the stately 18th-century Hotel De Coninck with its decorative salons in the Jan Breydelstraat, where it functioned as a fully-fledged urban museum from 1958. In the early eighties, the city bought an adjoining historic building in the Drabstraat, Huis Leten, to house offices there. On the occasion of the exhibition Chambres d'Amis in 1986, architect Charles Vandenhove designed the façade with white marble, which reminds us of the removed cross monoliths and the much older structure of the building. In 1992, the old rear wing of Hotel De Coninck was replaced by a new building with white exhibition spaces designed by architect Willy Verstraete. The historic facade, which forms a whole with the facades of the front building and side wings on the courtyard, was preserved in the process. Although it was already the intention at that time to realise an additional extension to a contiguous plot in the Drabstraat with an auditorium underneath the courtyard garden, the open space in the street remained undeveloped to this day, the museum remained without lift and the sanitary facilities were housed in an improvised construction.

The concept of the Temporary Association of Carmody Groarke from the United Kingdom with the Belgian teams Trans architecture I urban planning and RE-ST architectural company now fills in this long-awaited puzzle piece of the museum site. Their design for DING - Design in Ghent is a white brick volume that closes the building line, but opens the museum to the street. The new building connects the existing buildings for public and logistics. The new volume rises two storeys above the cornice of Hotel De Coninck and offers extra exhibition space with lots of light and a view over the city. DING! is a sober but present landmark, a lantern on the city, clearly visible from the Korenmarkt and the Graslei.

The concept not only fills the gap in the building block. Based on RE-ST's plea for reuse and 'non-building', a long-term strategy was also developed. In addition, the historical attics will become usable for museum activities. When the new building is completed, it will also be able to function autonomously, so that the Design Museum Gent will have its long-awaited, contemporary place for co-creation, workshops, lectures, debates and exhibitions. The café and shop will work as an accessible public referral point, a 'third place'. The new house and new face of what will also become a Smart Museum will do justice to the old house with its main entrance, its historical period rooms and its beneficent city garden in the courtyard.