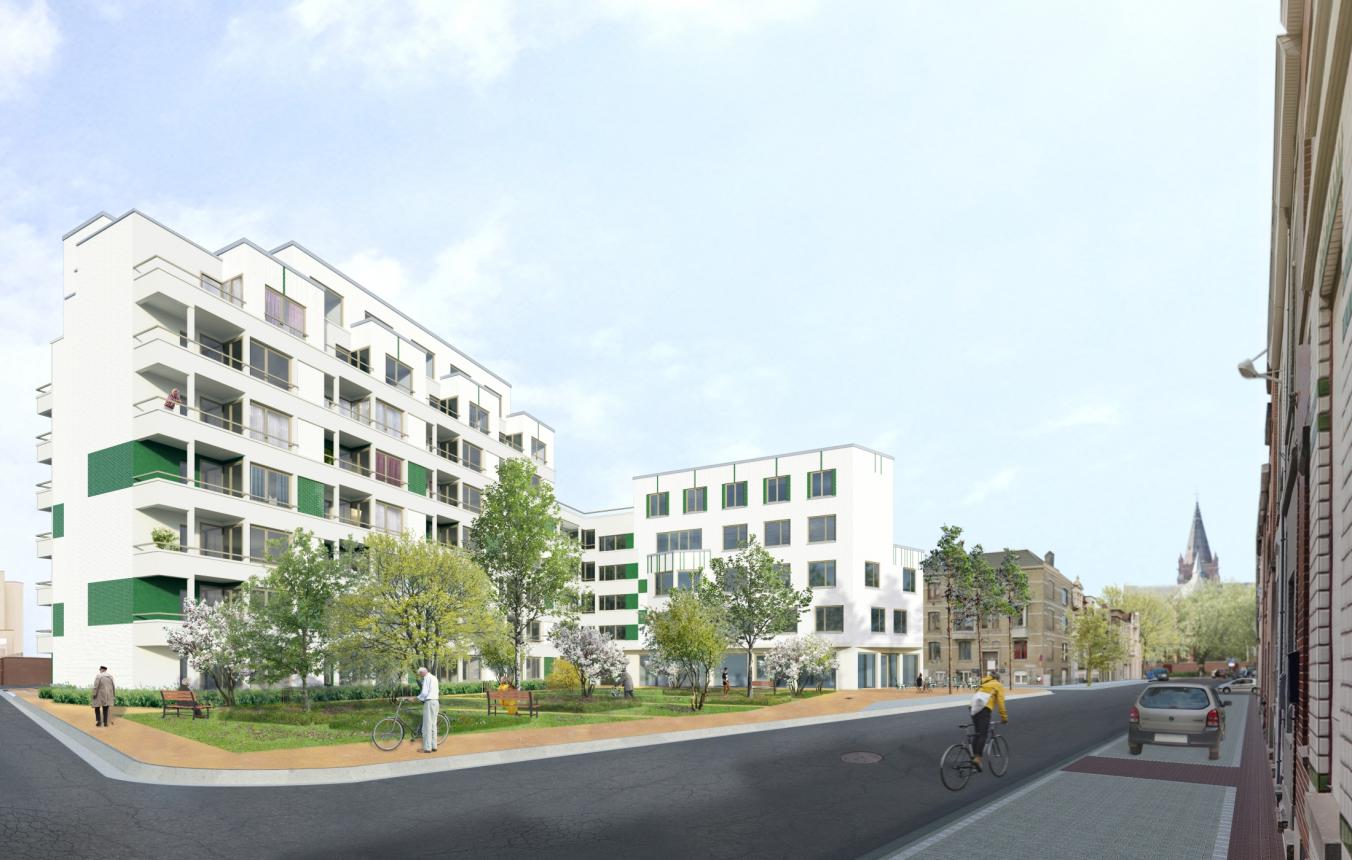 The study assignment for replacement building for the social housing project De Boarebreker in Ostend was awarded to De Smet Vermeulen architects BVBA.

De Smet Vermeulen chose to implant the new building more retracted than the existing wing in the Edith Cavellstraat that it is to replace. This approach creates a small square in front of the building and also does more justice to the old hospital further down the street. The square is conceived as a neighbourhood park, small in scale, but it can mean something. The choice to give back some open space to the neighbourhood, which is characterized by narrow streets and intensive construction, was judged positively by the jury. In this way, the designers give the Boarebreaker an extra function as a neighbourhood anchor.

The new wing with assistance flats is large, but not dominant, due to the greater distance to the other side of the street. The architecture of the building with its balconies and details of glazed brick is reminiscent of some Ostend facades. It is also a good choice to use the new end building to follow the building line and to give the somewhat indefinite front garden strip on Kairosstraat more structure with some screened front gardens. On the ground floor of the front building is the communal space, which makes a lot of contact with life on the street possible.

The design clearly opts for a lot of public space and convincingly differentiates these outdoor spaces in terms of scale, role and green interpretation. The plan structure is clear, but requires an attachment to each floor of the existing residential care centre. The concept also provides for the renovation of the wing of the residential care centre, where rooms will be created in current living spaces and new living space will be created elsewhere. If this can be carried out in phases and with limited inconvenience to the residential care centre in operation, the added value will be considerable afterwards. The organisation is also practical, with one clear entrance leading to an entrance for the homes and one for the service centre, which can function well with one desk. The assistance residences have a beautiful, interlinked plan structure with a meandering central corridor and well-designed residential units.