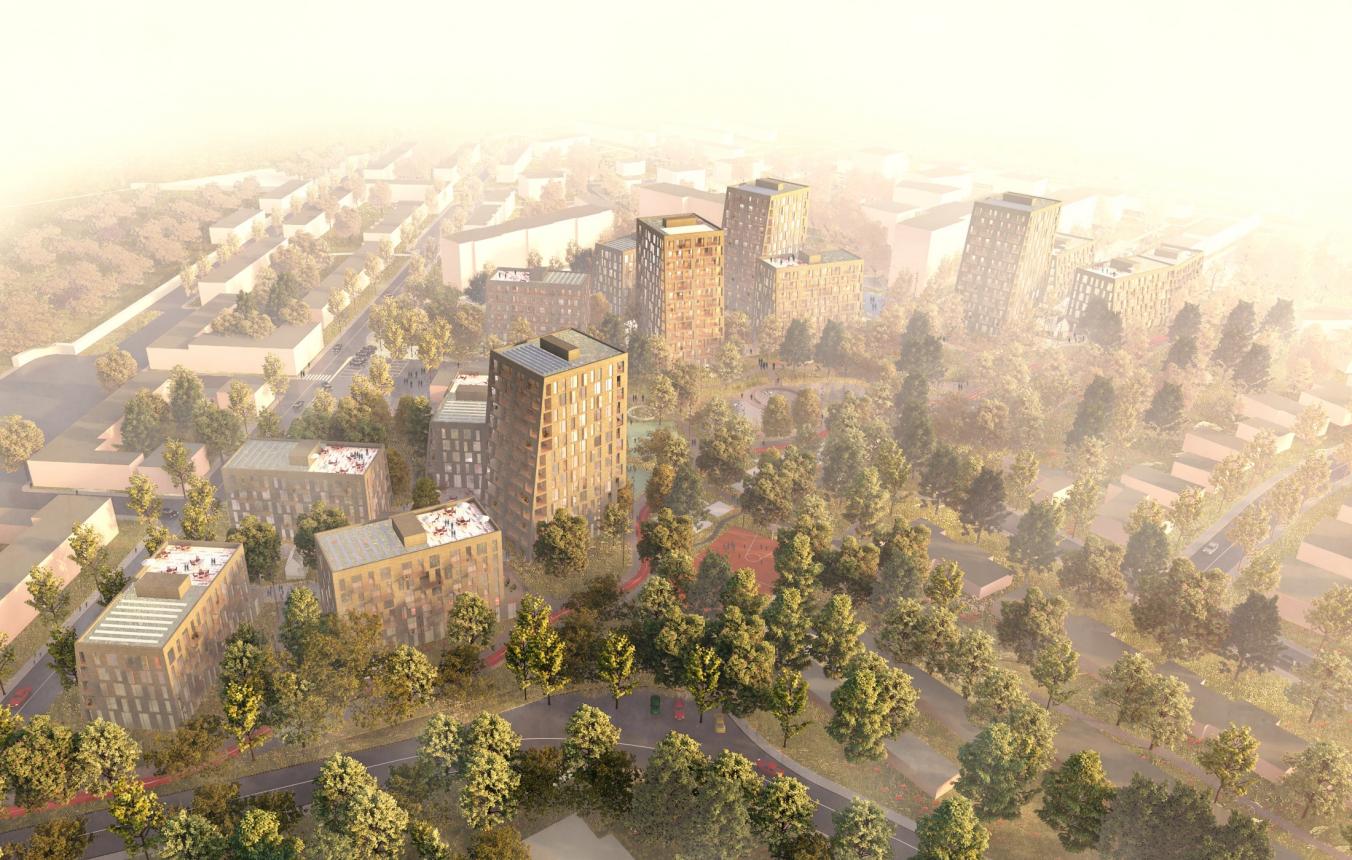 The study and design assignment for the replacement building for the social housing estate De Nieuwe Stad in Ostend was awarded to the temporary association C.F. Möller with BRUT.

De Oostendse Haard and De Gelukkige Haard, the housing companies that built De Nieuwe Stad in 1972, wanted to replace the 400 social housing units and thus redraw the entire site. Given the current residents' desire to live here, the challenge was to put high-rise social housing in a positive light once again, especially now that high-rise housing is once again topical in the exclusive segment of the housing market. The current apartments are not only appreciated for their beautiful views, but also for their large glass sections and wide terraces.

Whereas the modernist elongated blocks with their closed end façades comprise only one-sided apartments, the concept of the temporary association C.F. Möller with BRUT groups offers buildings with almost exclusively corner apartments. In the future the residents will thus have a wider view, in two directions instead of one. It was also asked to make the skeleton of the building more future-proof, with a lifespan of more than fifty years.

The blocks are grouped into three residential courtyards with construction volumes of five or six storeys and several towers of thirteen high. This hybrid building typology with 'block houses' and 'tower houses' aims to combine the qualities of the high-rise buildings and the villas on the coast. In the final round of negotiations, the concept became even more oriented towards the existing buildings. This resulted in three clusters of existing and new buildings, each surrounding a square. All entrances to the buildings are situated on these squares. The bicycle sheds and especially the communal areas provide liveliness on the ground floor. In this way, on the smaller scale of each courtyard, encounters between the residents are possible.

At the same time as the new buildings, the neighbourhood is provided with more greenery. The current parking basement will be demolished and the parking will be placed under several buildings. The concept leaves a lot of space for a park with a nice width and length. The greenery becomes more tangible in the wider neighbourhood through green fingers between the three building clusters. The community centre will also play a central role in the park.