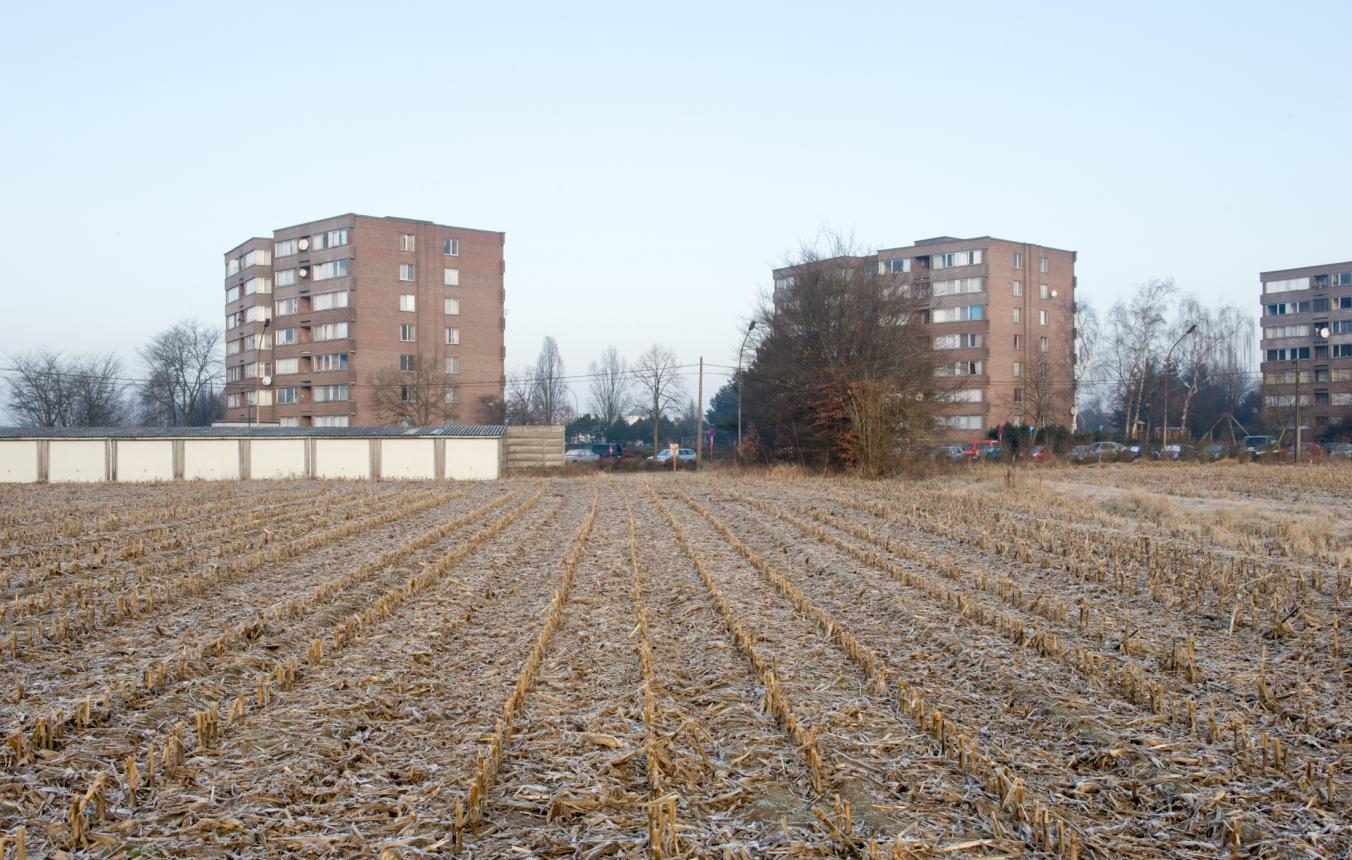 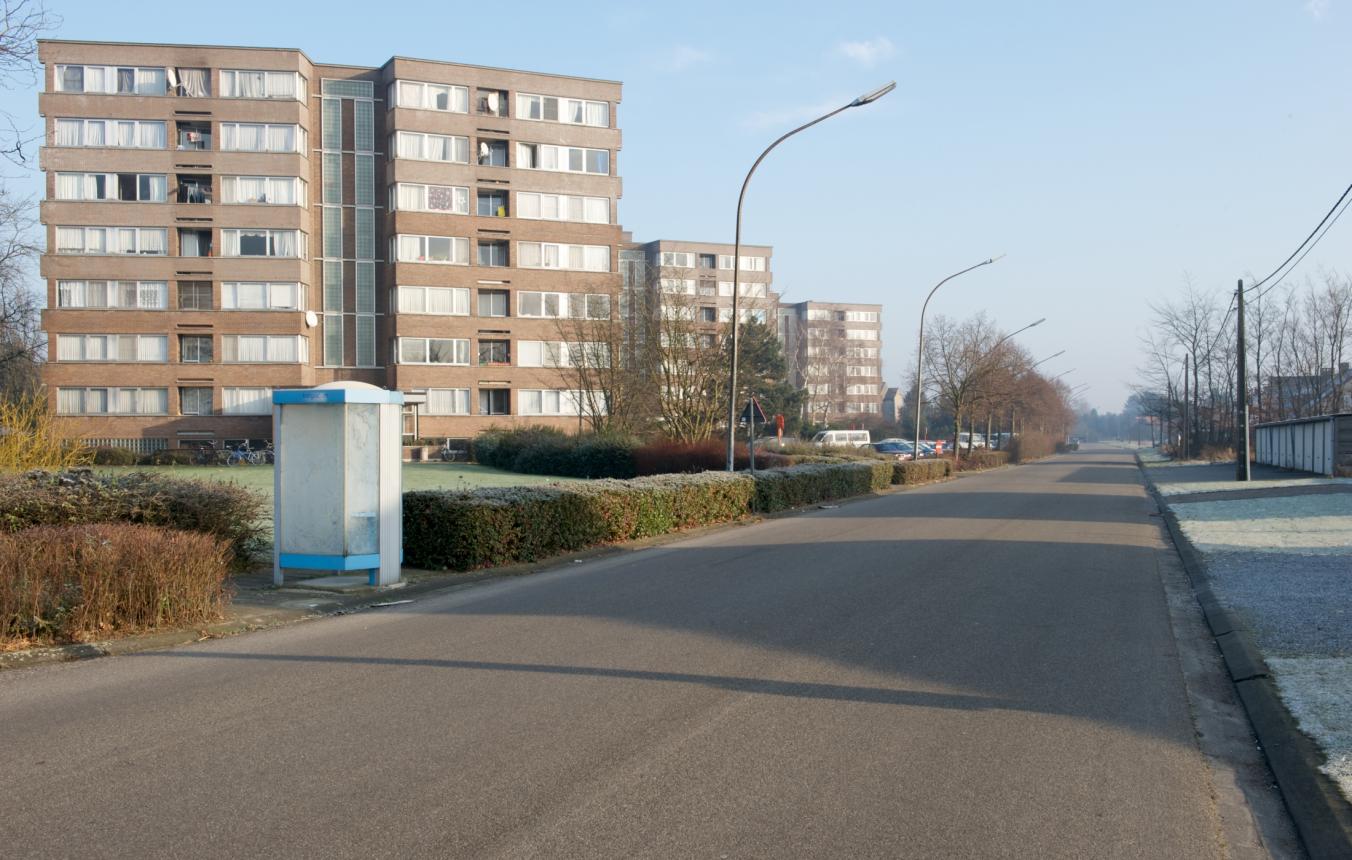 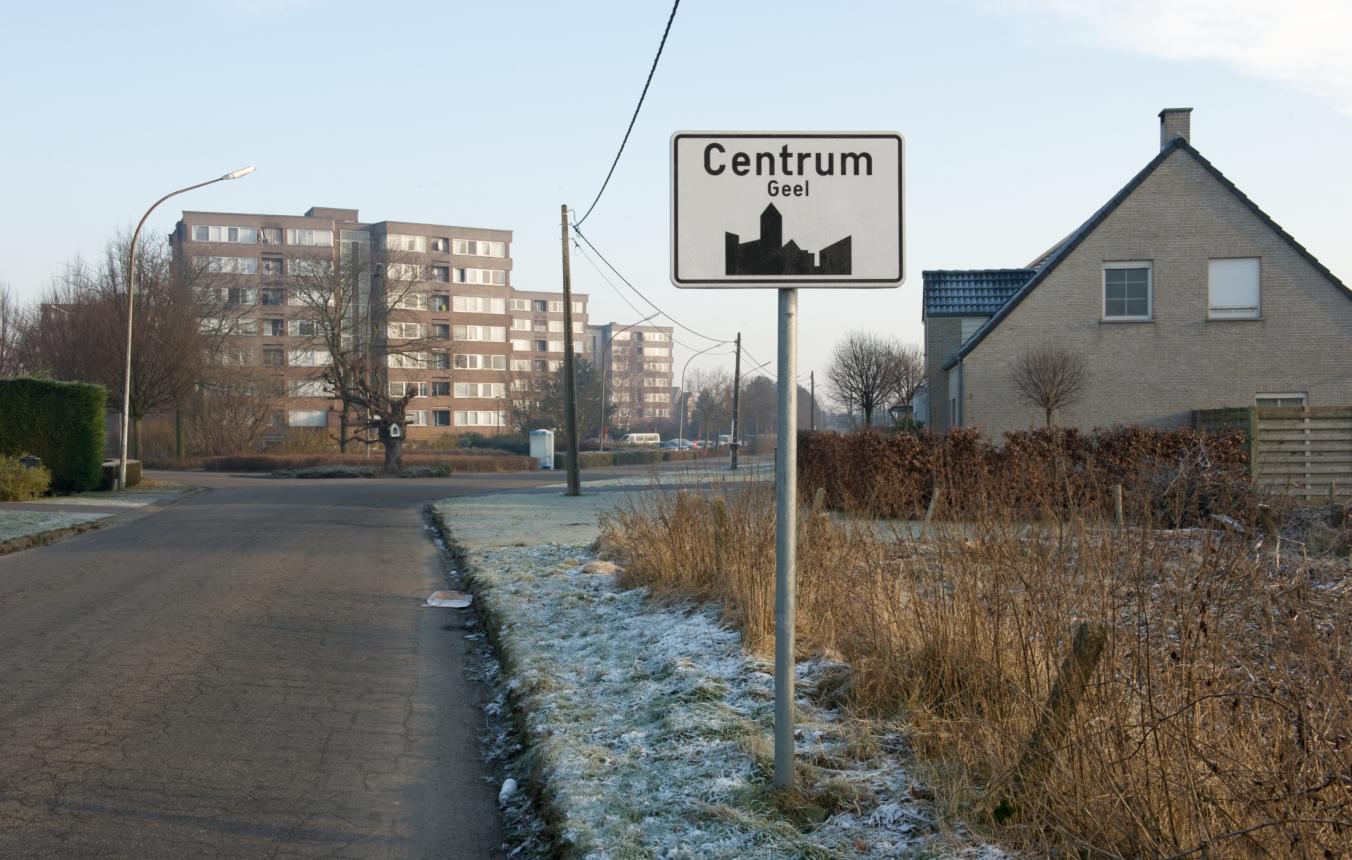 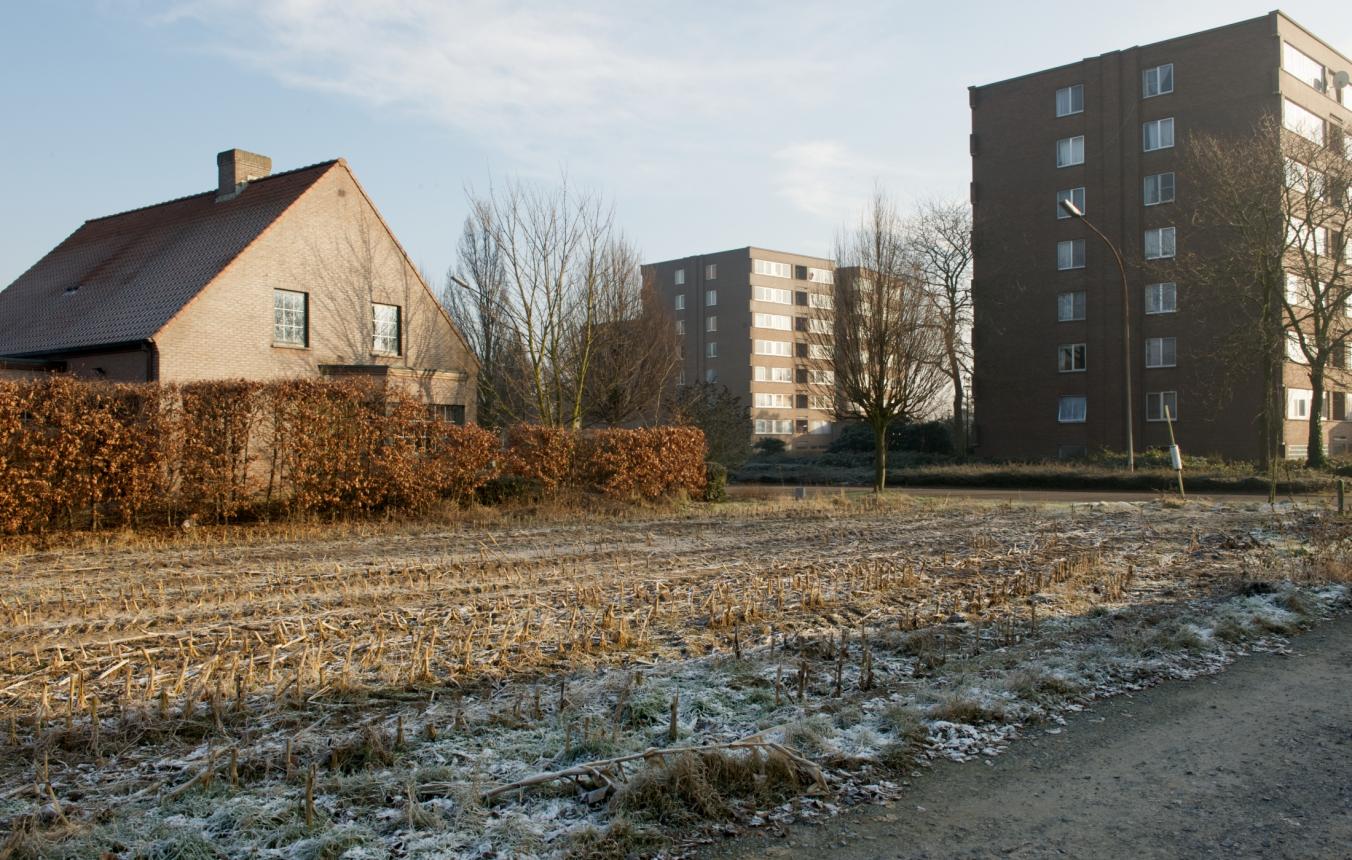 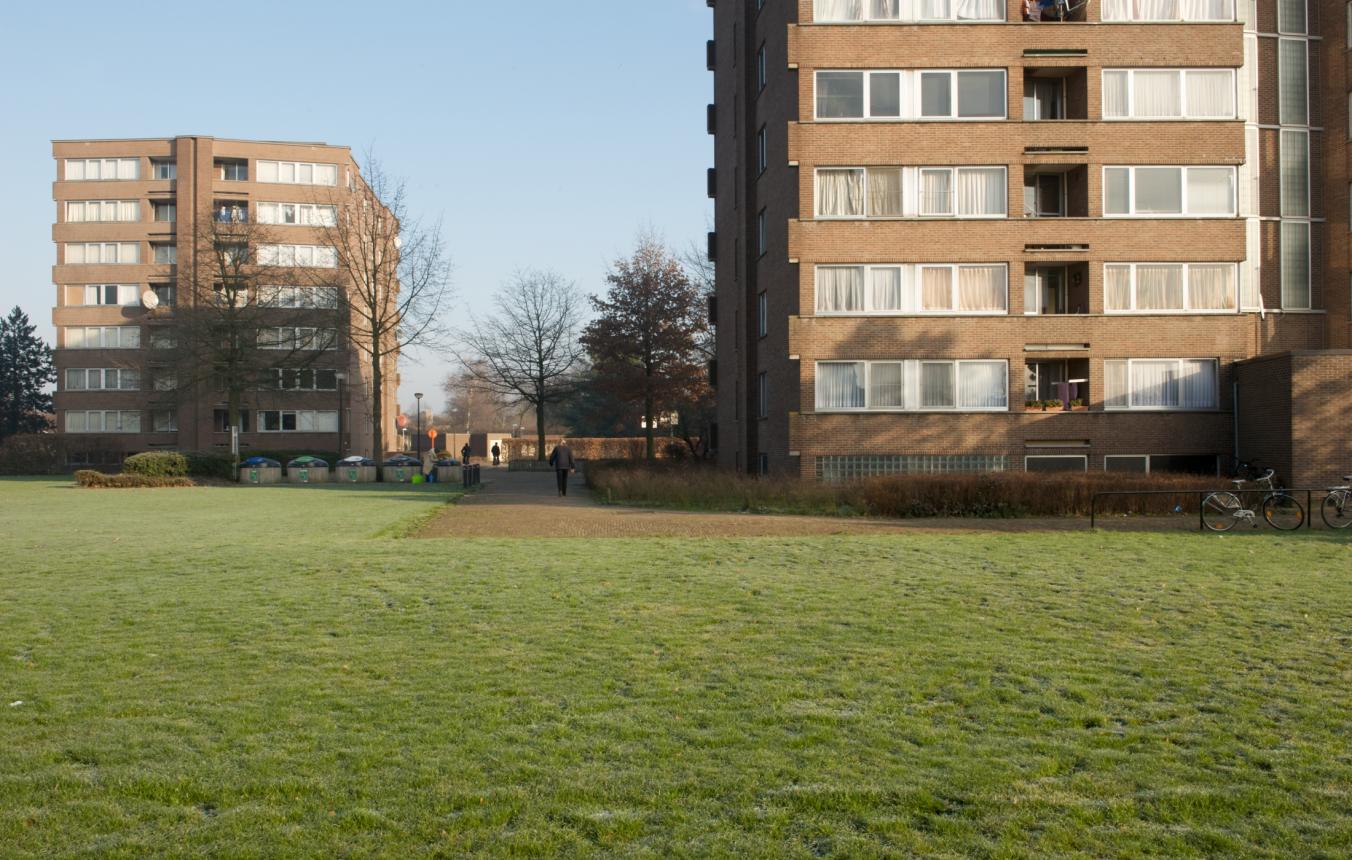 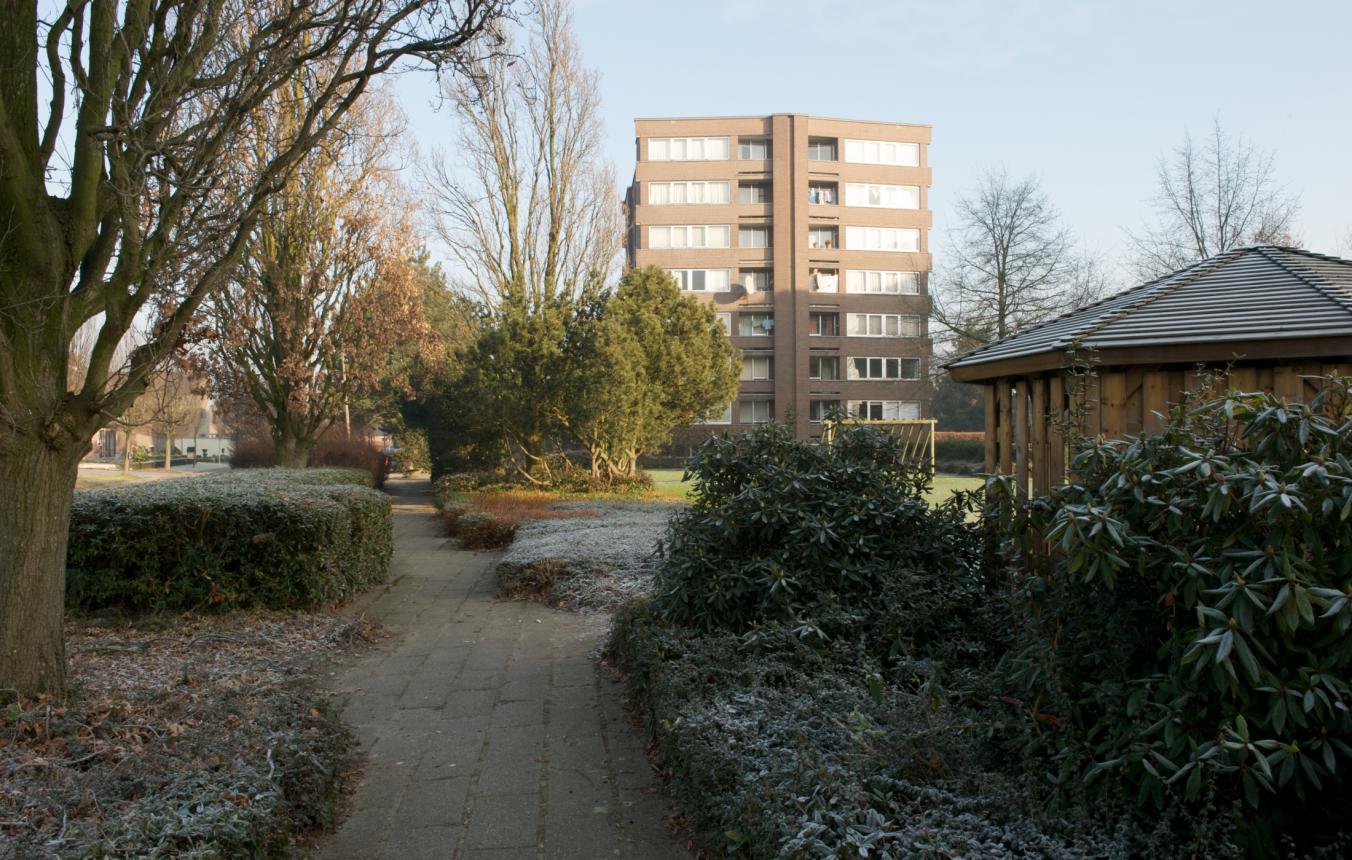 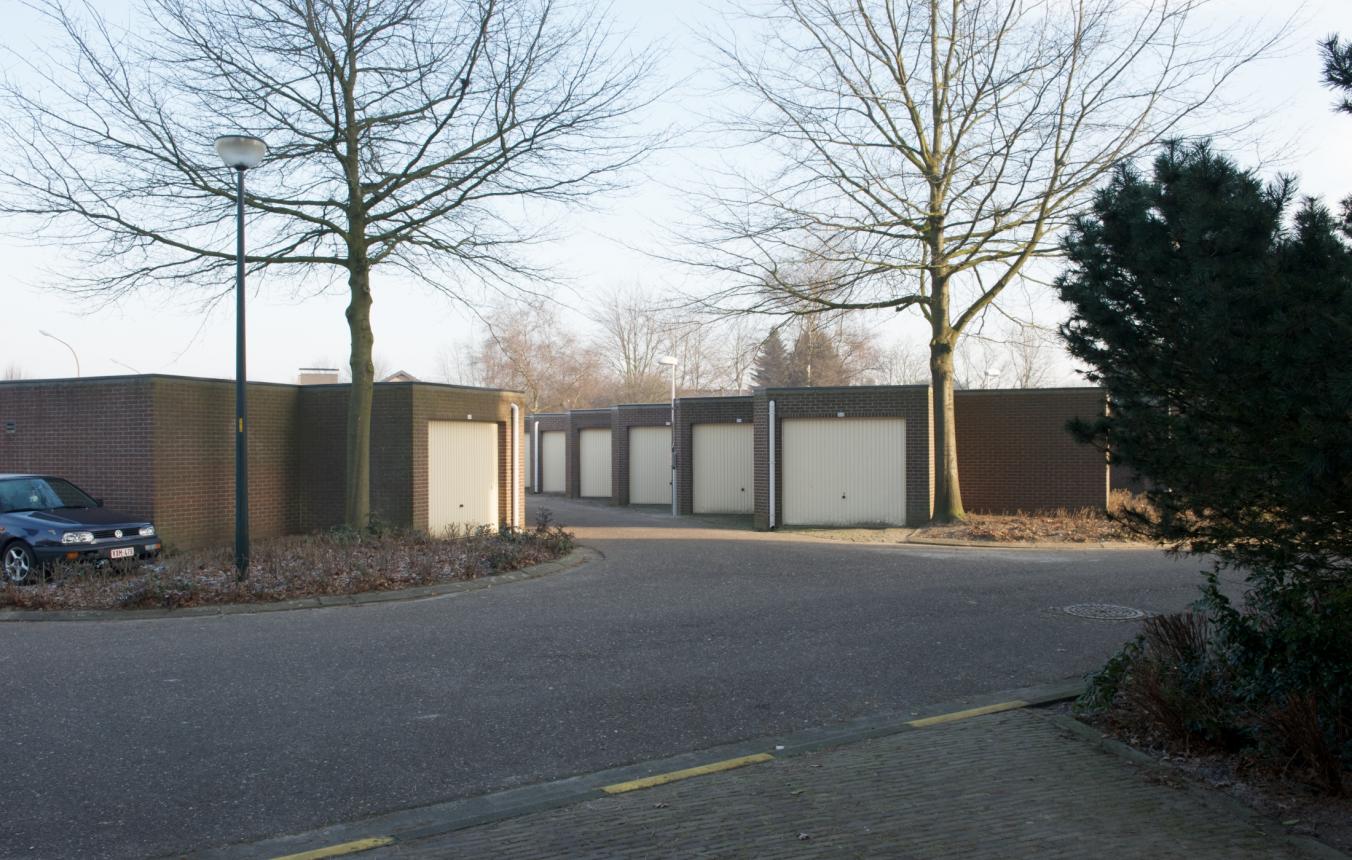 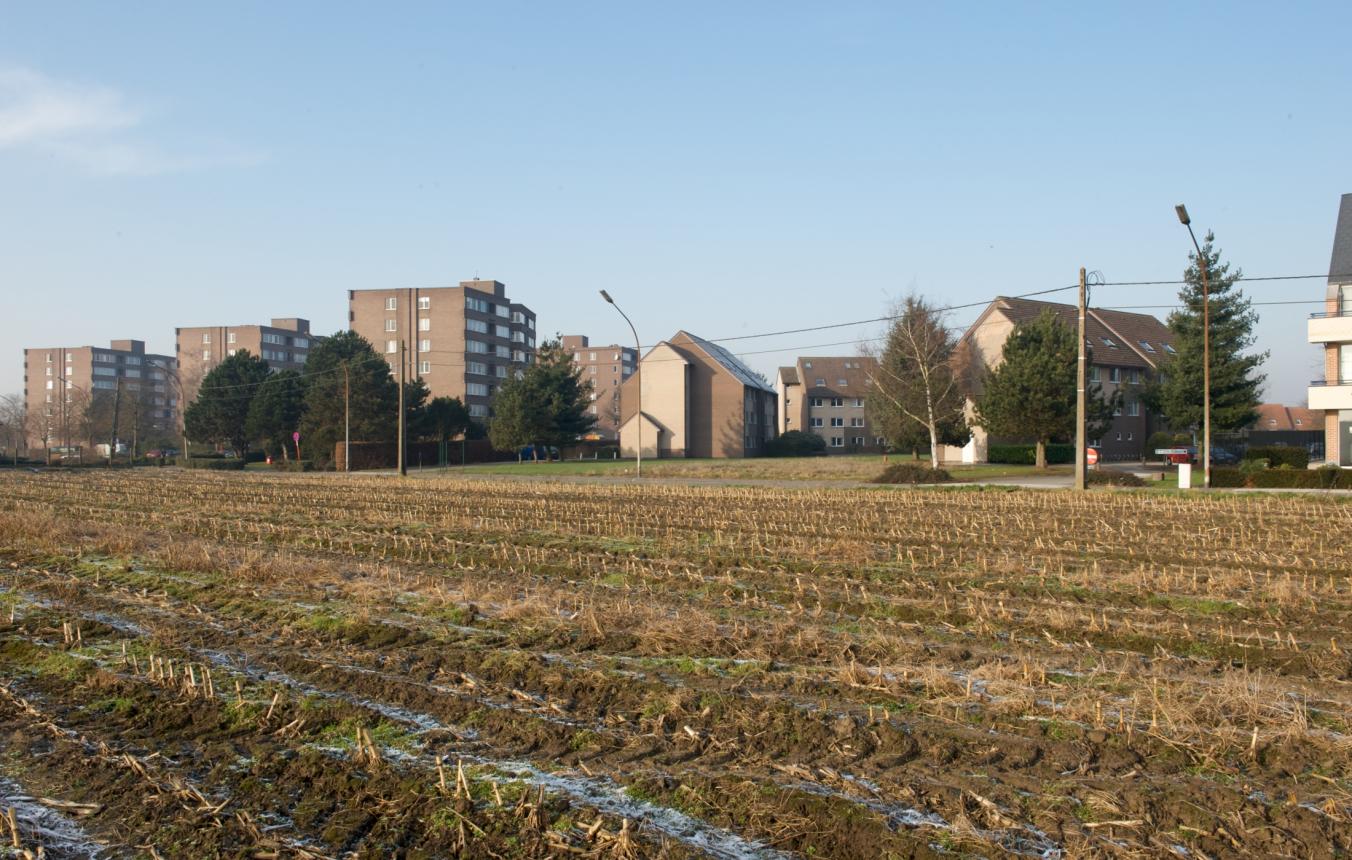 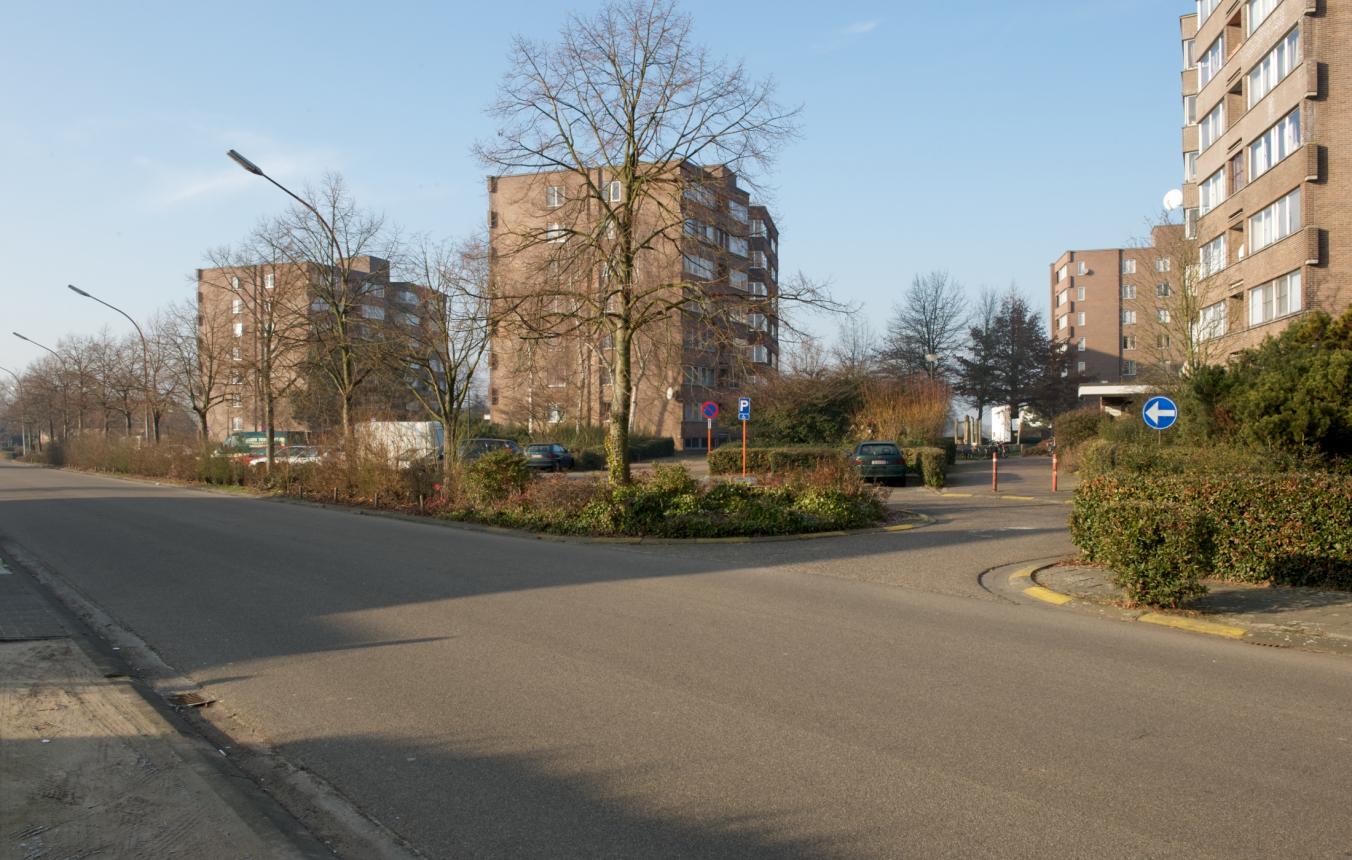 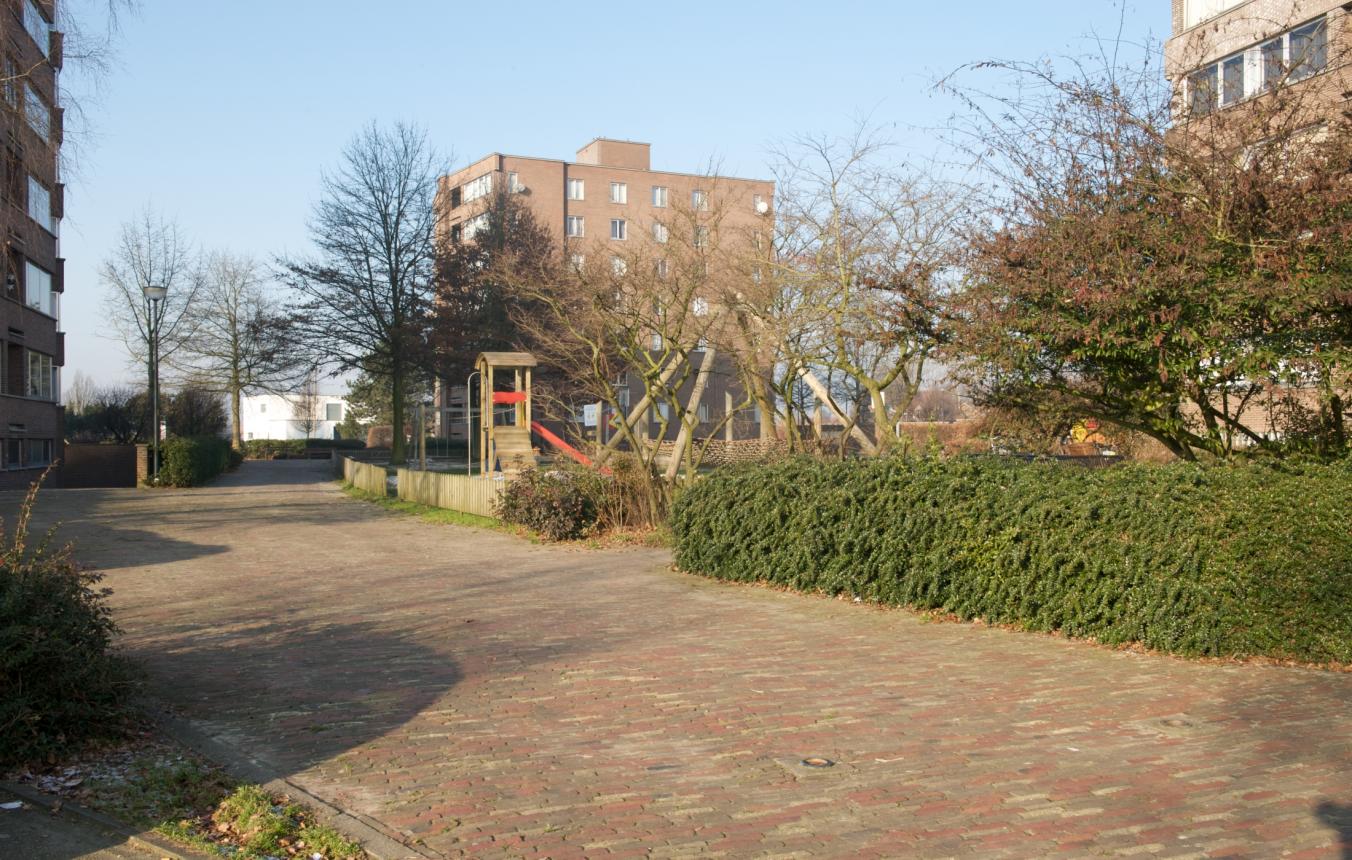 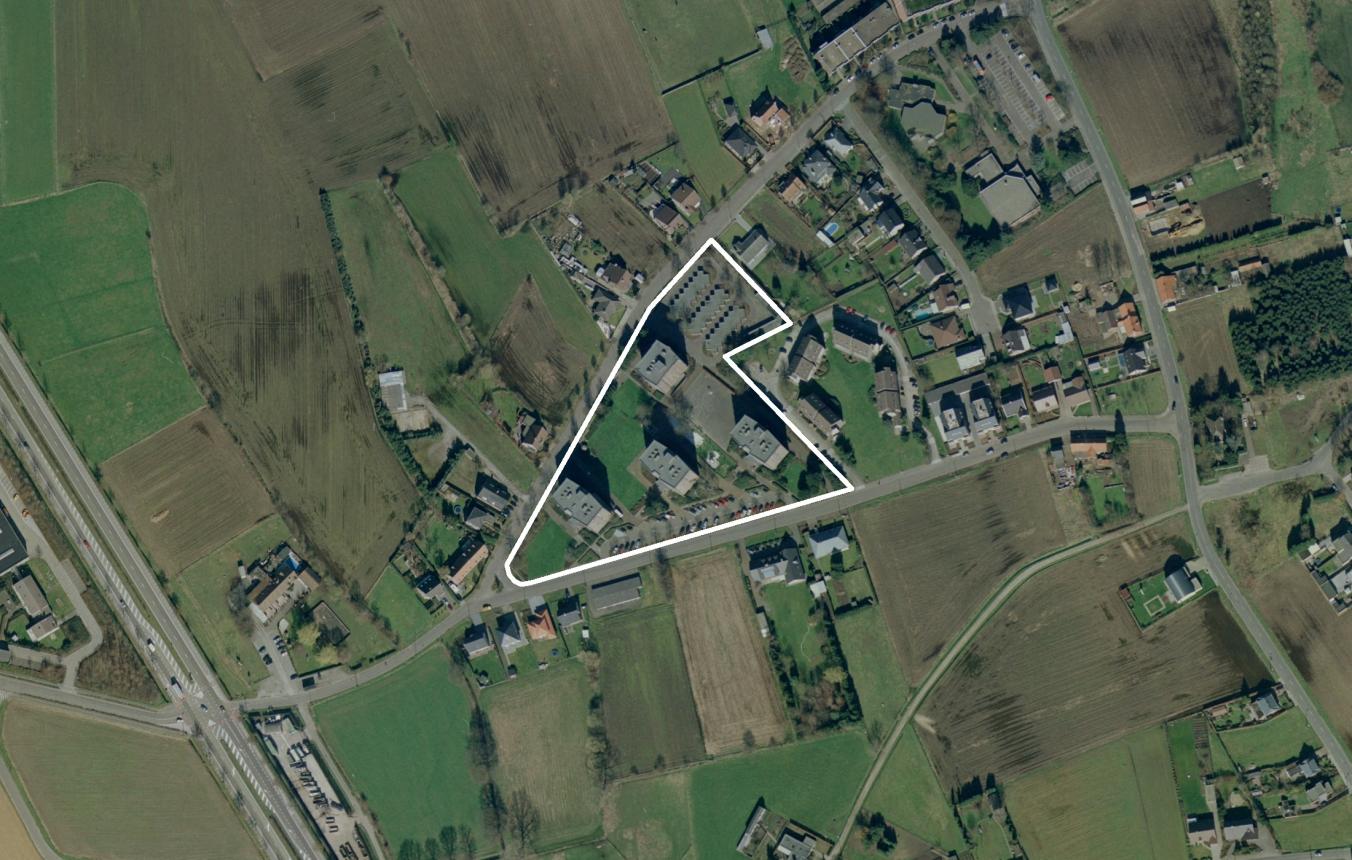 The Geelse Bouwmaatschappij is a progressive social housing company with a legacy of 1,800 dwellings in 8 different boroughs. The important basic principles for the realisation of new construction projects include living quality, the social mix, simplicity, restraint, contemporary design and sustainability. The construction site is located on the corner plot between Eikenstraat and Drijhoek in a fairly rural area but nevertheless close to the centre of Geel. The site currently has four seven-storey residential blocks built between 1973 and 1975. These 112 housing units no longer meet the current requirements for rented social accommodation. It was proposed that the blocks be thoroughly renovated, but eventually, following a study comparing thorough renovation and new construction – it was decided to demolish the blocks and build new 'urban villas'. This concept has already been discussed with the Town Planning Department. A maximum of four storeys is proposed, since this can only benefit living quality. The plan is to build an equal number of housing units with one, two and three bedrooms. The new construction project will have to be carried out in several stages. In the first stage, the garages and the block on Eikenstraat will be pulled down to create a lot of space for the construction of the first new housing units. Our social services department is already working hard on the relocation of the inhabitants of this block. This means the phasing is now fixed.

Following this, the other three blocks will be demolished to allow the implementation of the second stage of the project.

This is a fascinating project in which the architect has the challenge of creating high-quality, social housing with an identity that makes a valuable, enduring contribution to the rural outskirts of the town of Geel.

Full design brief for the building of social housing in Drijhoek, Geel