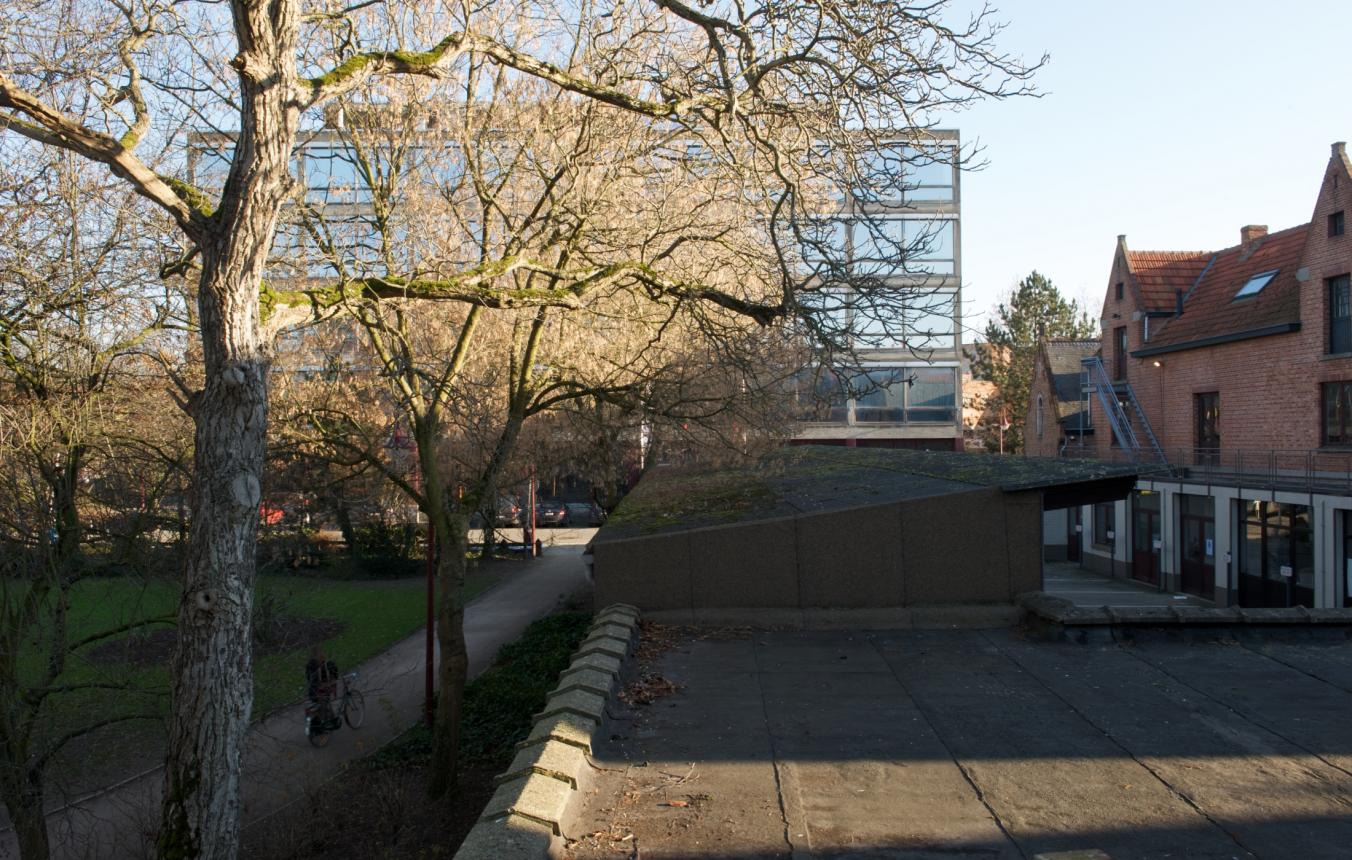 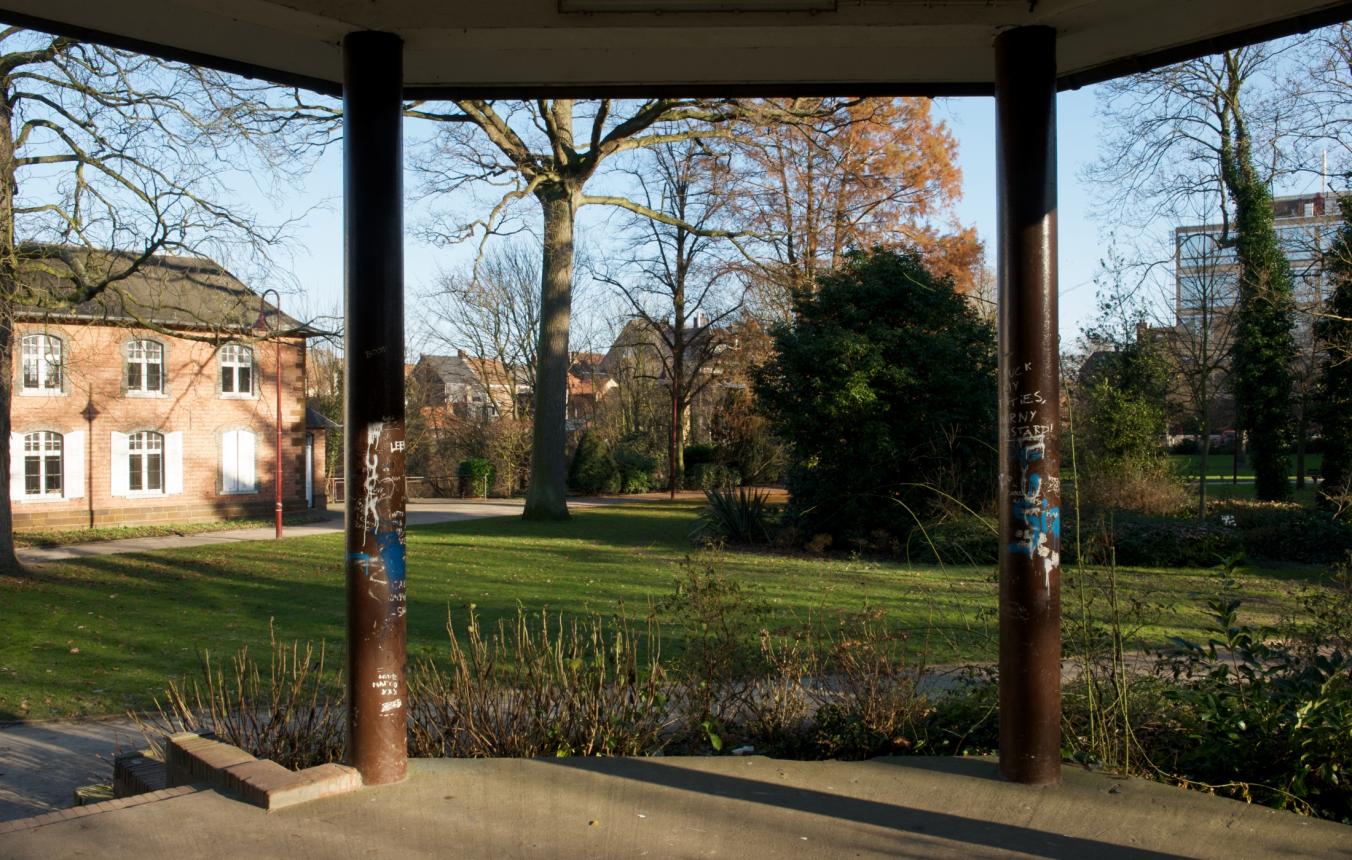 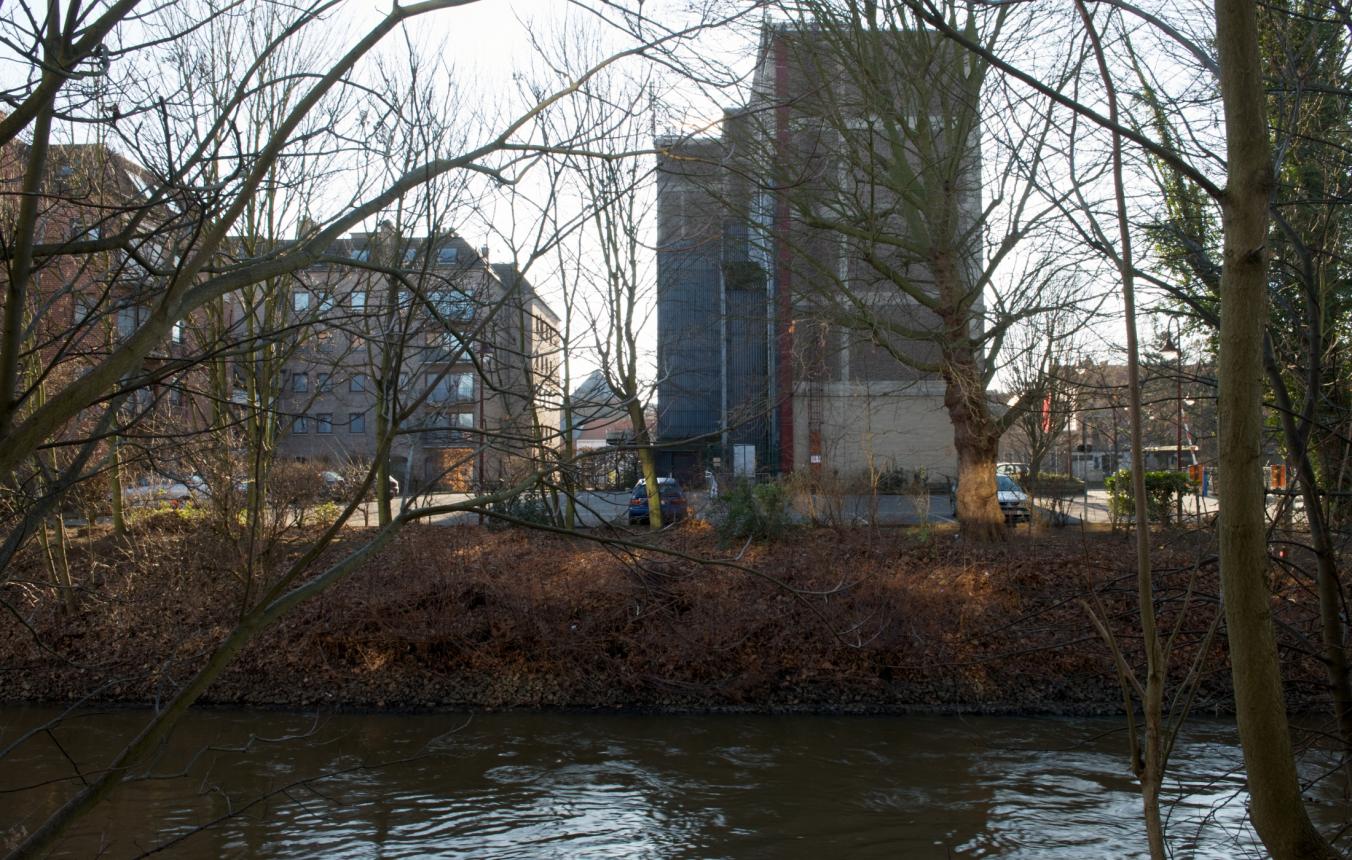 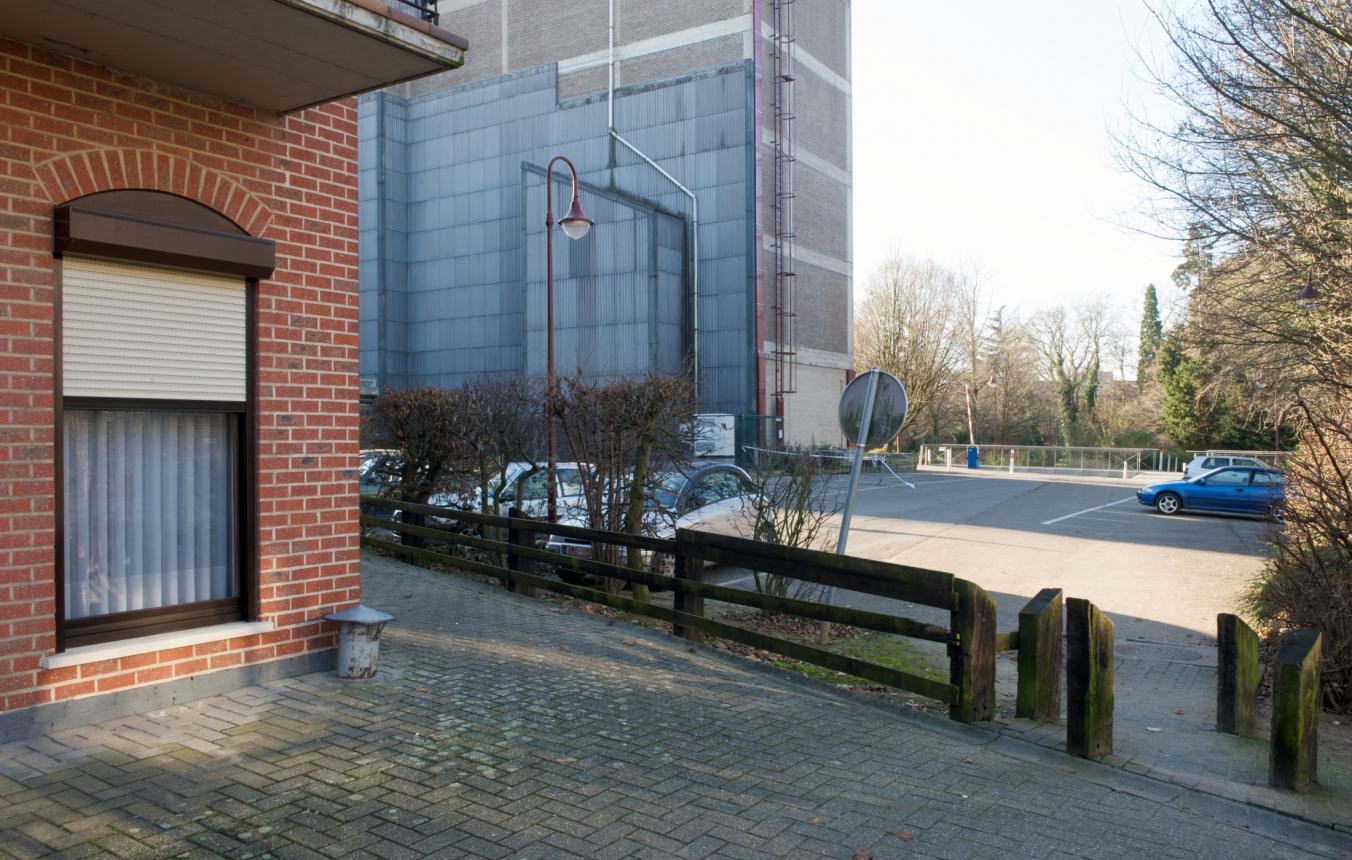 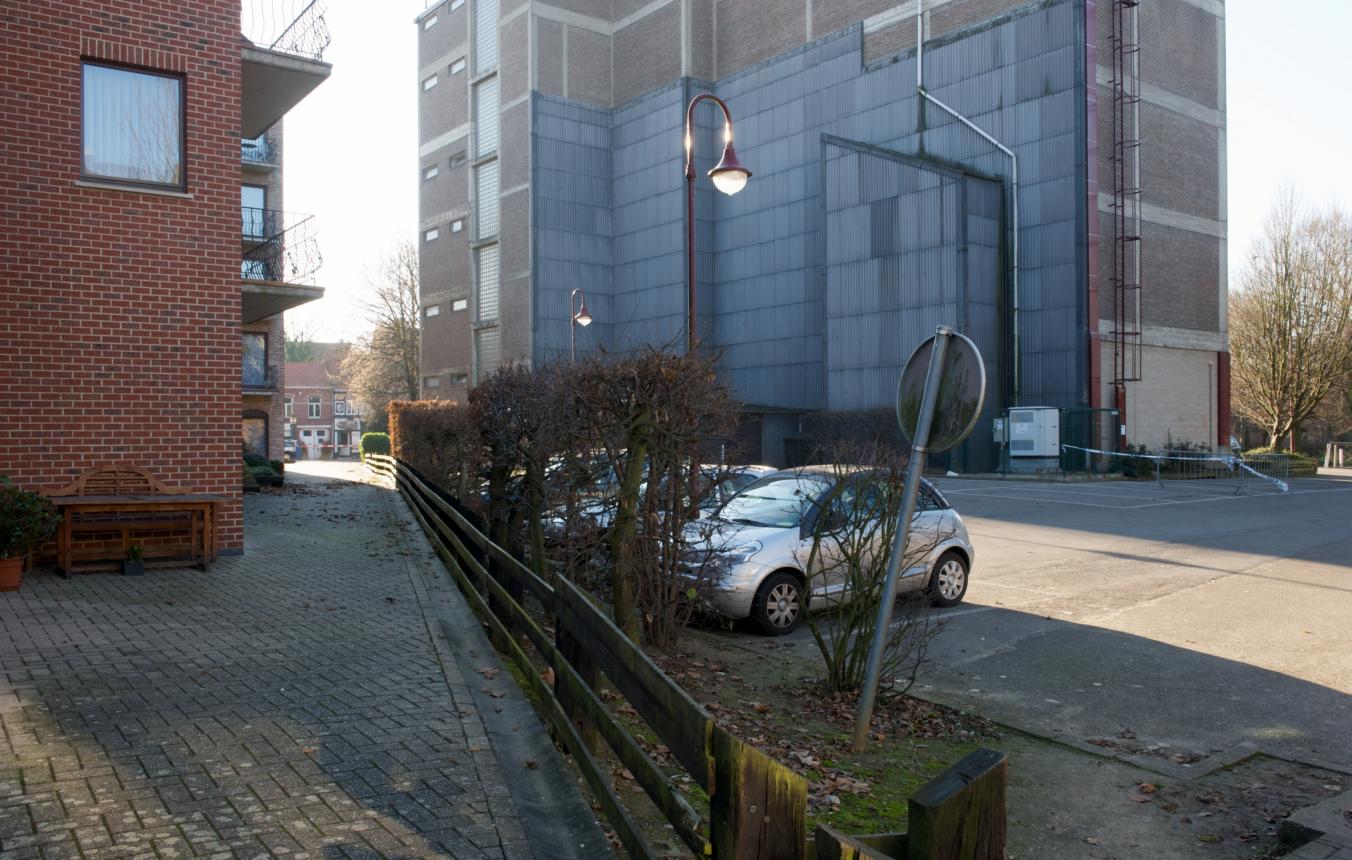 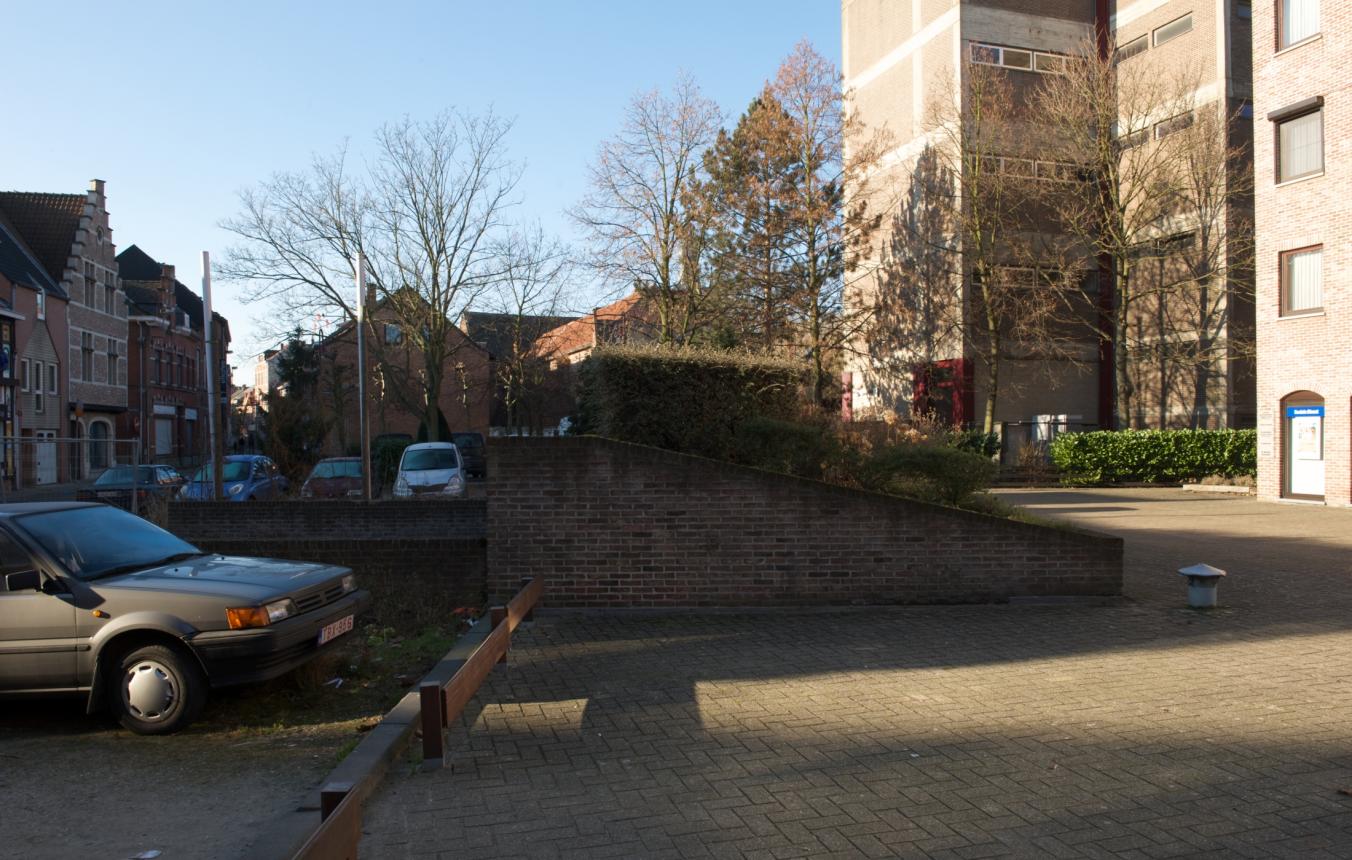 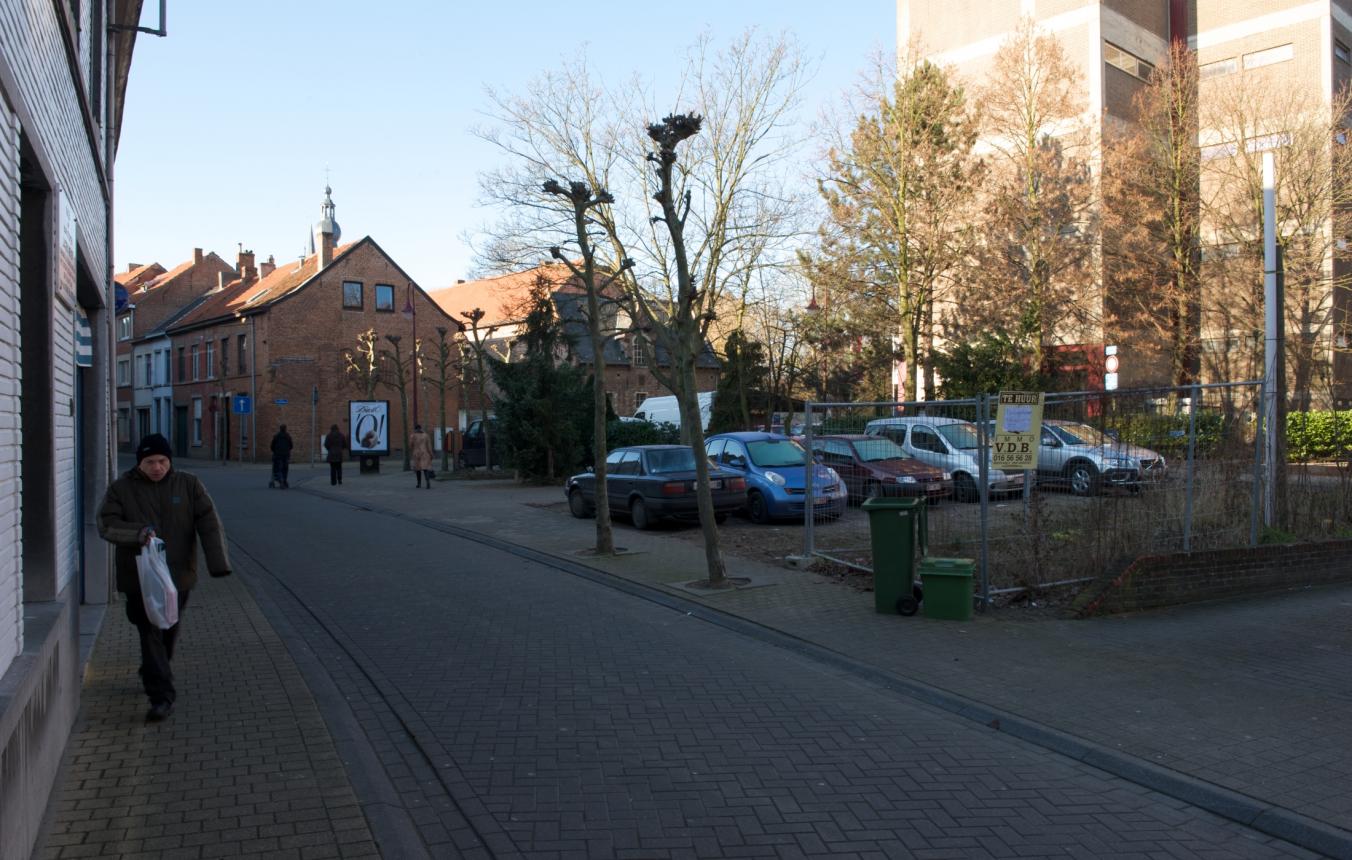 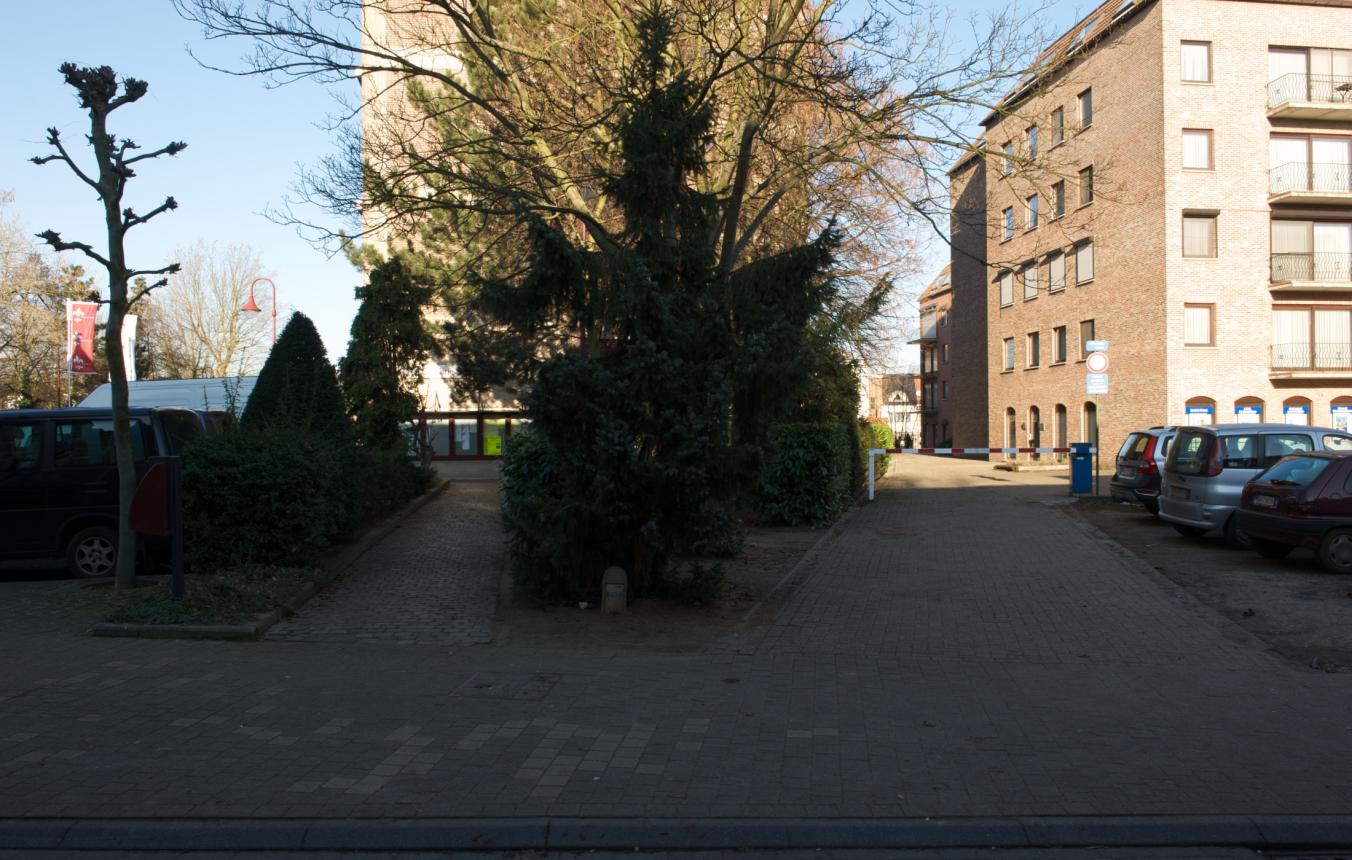 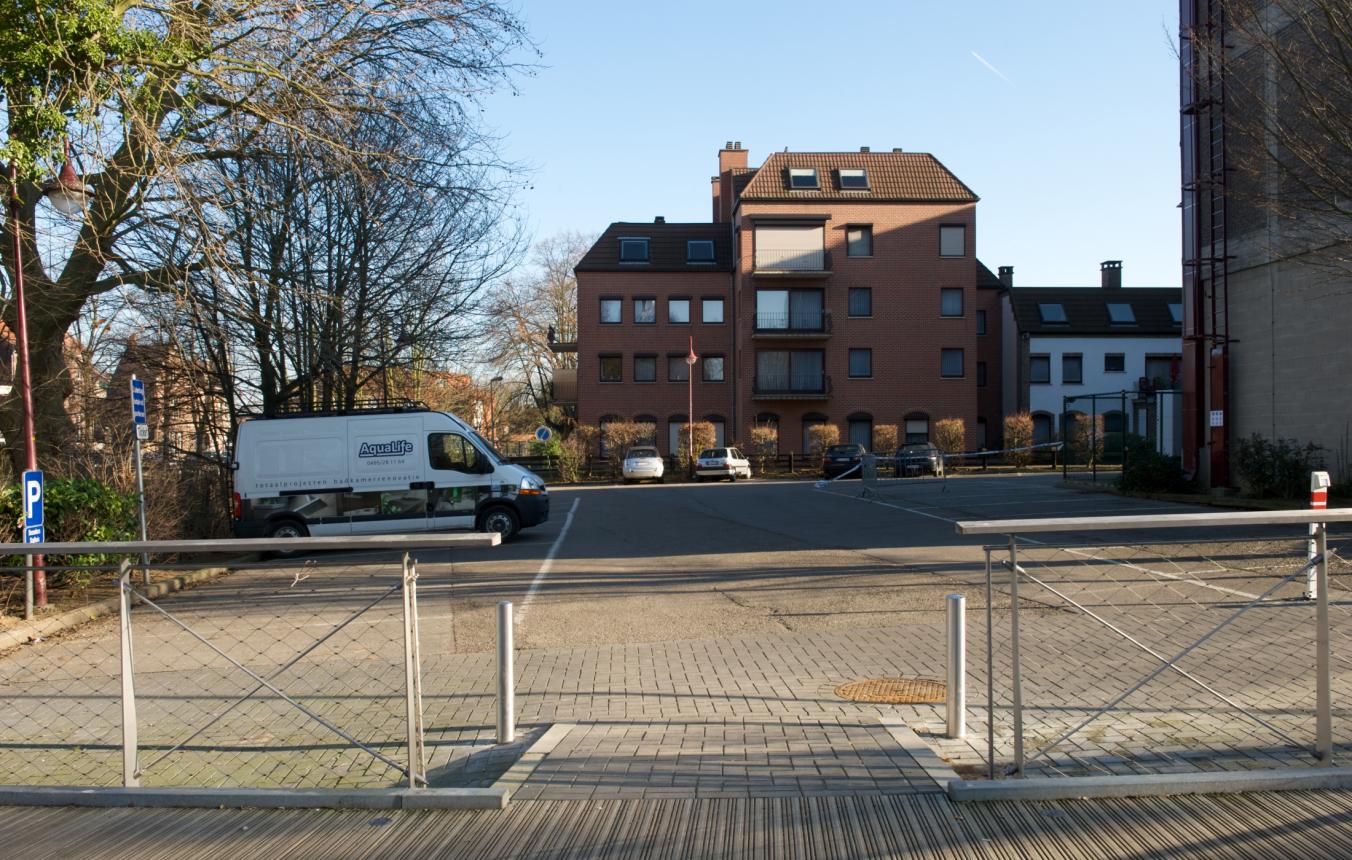 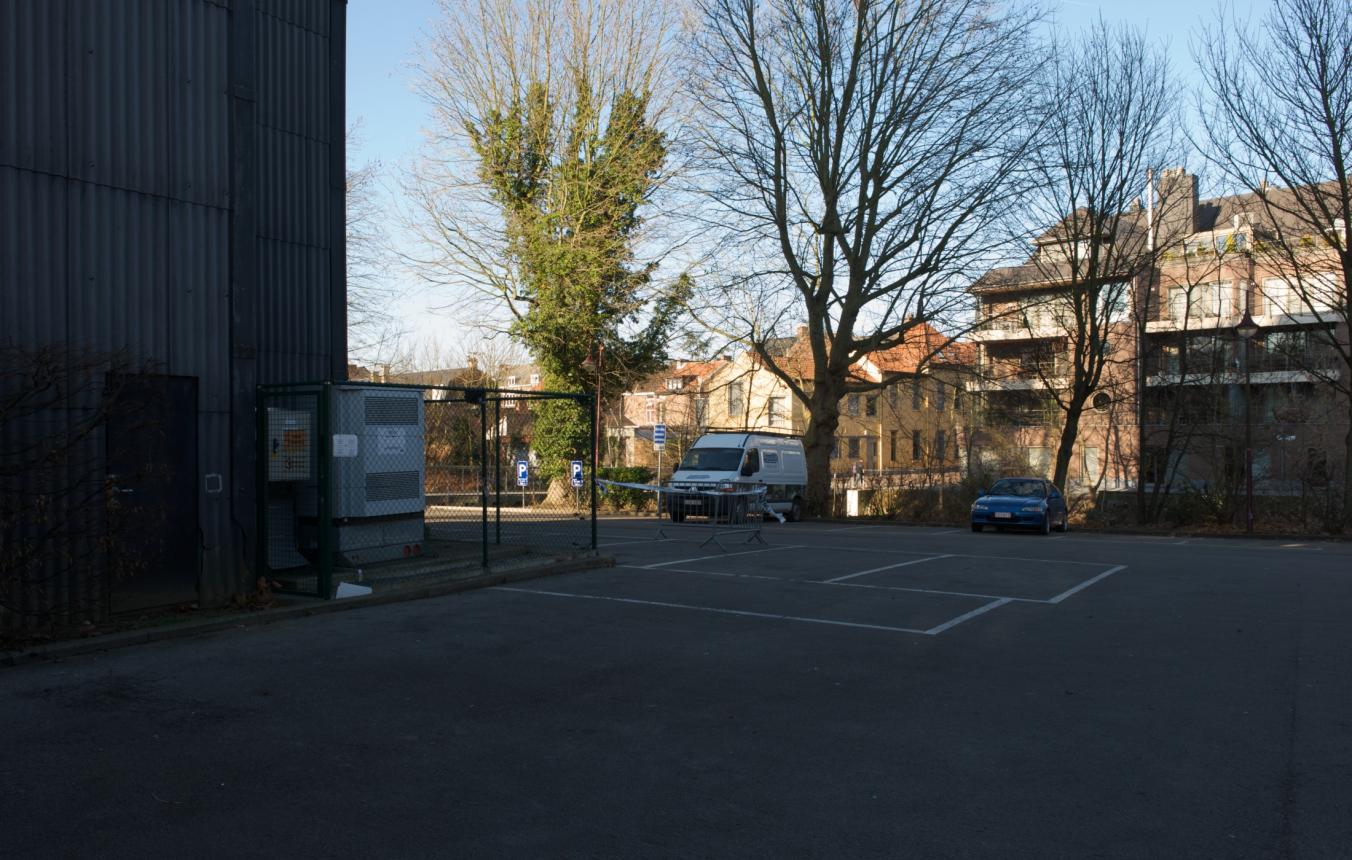 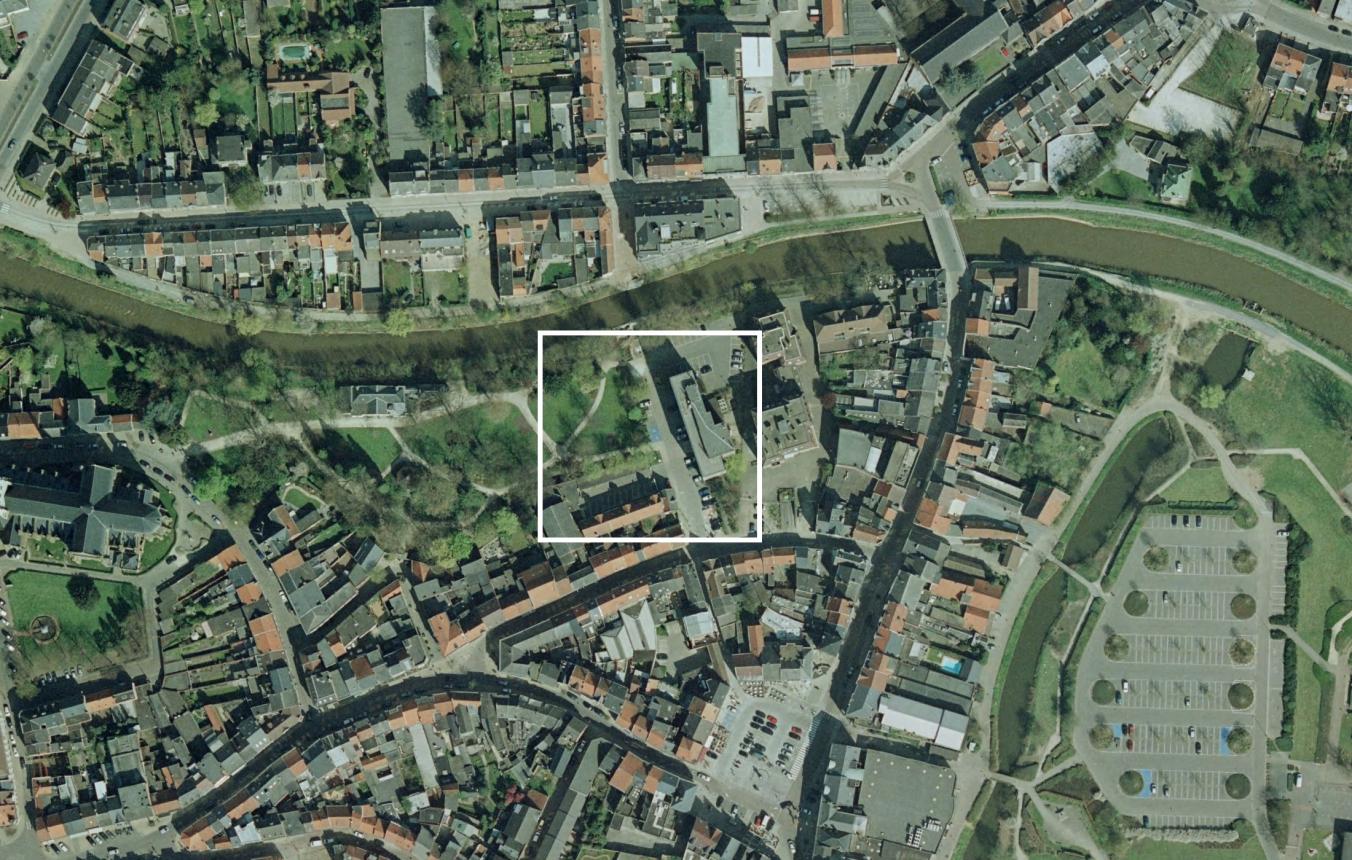 Aarschot town council has commissioned the Autonoom Gemeentebedrijf Aarschot (AGB) to construct a service centre on the current site of the town hall (with a surface area of 44a 30ca) which, together with the municipal park, forms part of the historic 'Drossaerde' site along the River Demer.

From 1470, 'Het Drossaerde' was the place of residence of the high-ranking official appointed by the Duke who was charged with governing the city and the surrounding area during the Duke's absence. The gothic house located alongside the Demer, with its stepped gables and staircase tower were completely destroyed in May 1940. In 1974, the current town hall was built on this site but it no longer fulfils the requirements of a contemporary town hall and does not have enough room to accommodate all its staff.

This is why Aarschot town council want to erect a new complex on the administrative site, to be used by the AGB as a service centre. This centre with its underground parking will on the one hand comprise a town hall with 140 staff and, on the other, will offer space for various offices, shops and residential units. During the construction of the service centre, the current town hall must remain operational. In the first phase, the administrative space must be constructed in such a way that the town's employees can relocate following completion. In the second phase, the current town hall can be emptied and expanded to provide space for various offices, shops and residential units.

The service centre should serve as a model with regard to accessibility and flexibility. For example, on the ground floor the new town hall will be equipped with a front office in order to optimise accessibility and service provision for the local population. Furthermore, the town hall must be conceived in such a way that it is initially equipped to house 100 people. The rest of the building will initially be hired out to third parties. This part will later be added to the town hall if there is the need to do so. The meeting rooms must also be designed in such a way that they can be physically separated from the town hall, as this will allow them to be hired out to third parties after office hours.

The town council wishes to construct a low-energy service centre which has both a high level of organisational quality and a high architectural and urban-planning value, in order to enter into  dialogue with, on the one hand, the imposing gothic Church of Our Lady on the edge of the municipal park and on the other the existing urban fabric.

Full design brief for the phased construction of a service centre with space for administration, business, commerce, housing and underground car parks, on the administrative site. Location: alongside the municipal park on the River Demer

Ten Drossaarde 1, 3200 Aarschot
Alongside the municipal park on the River Demer