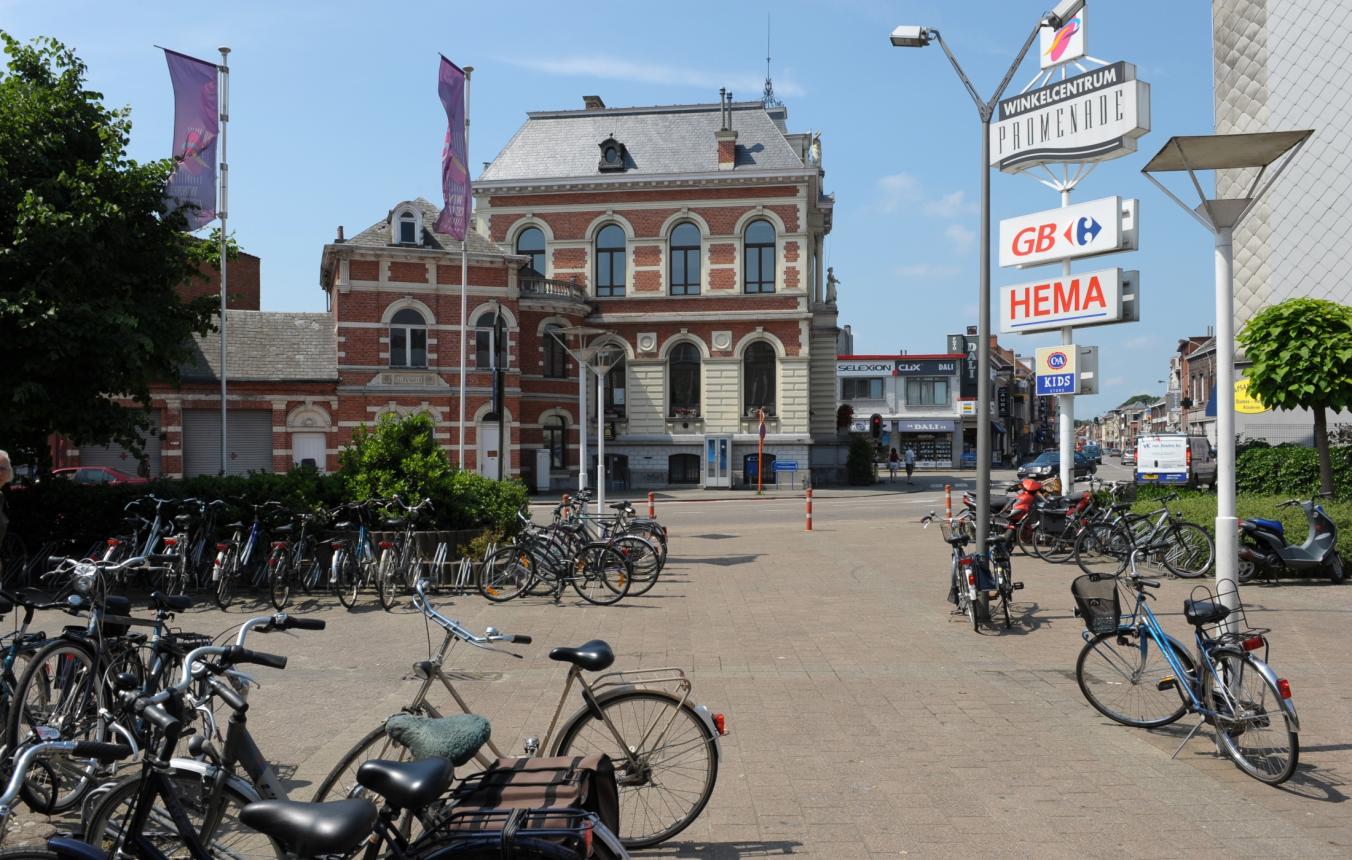 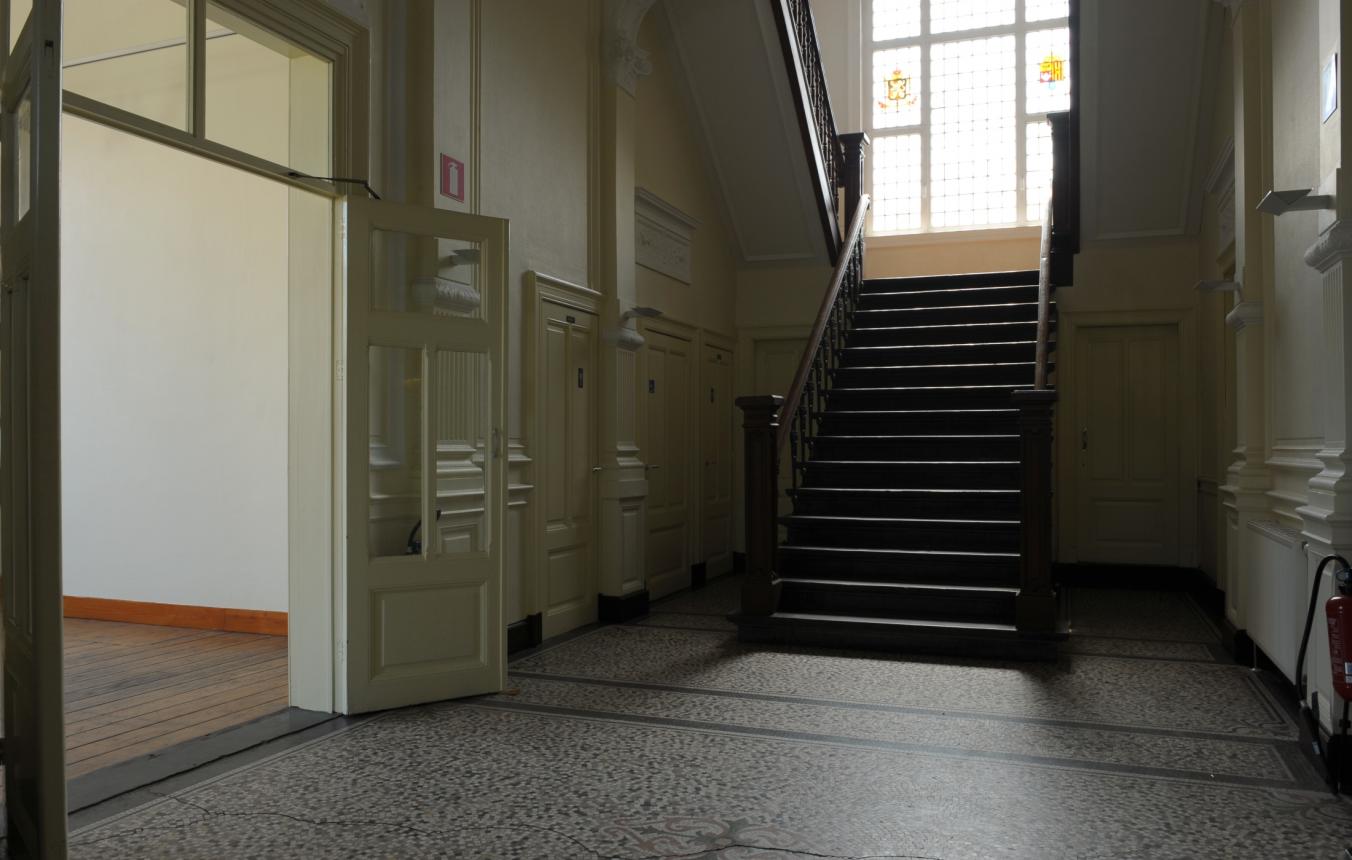 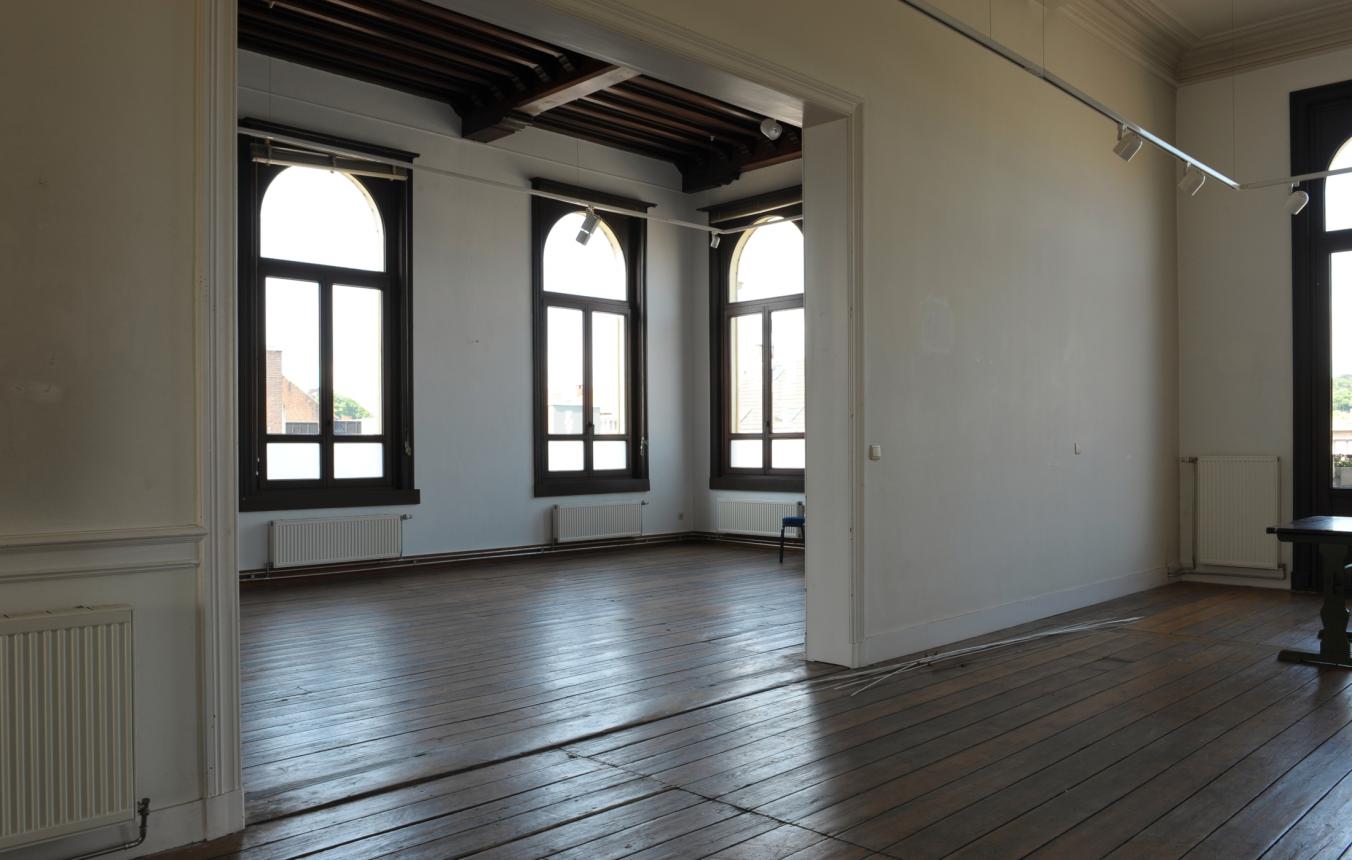 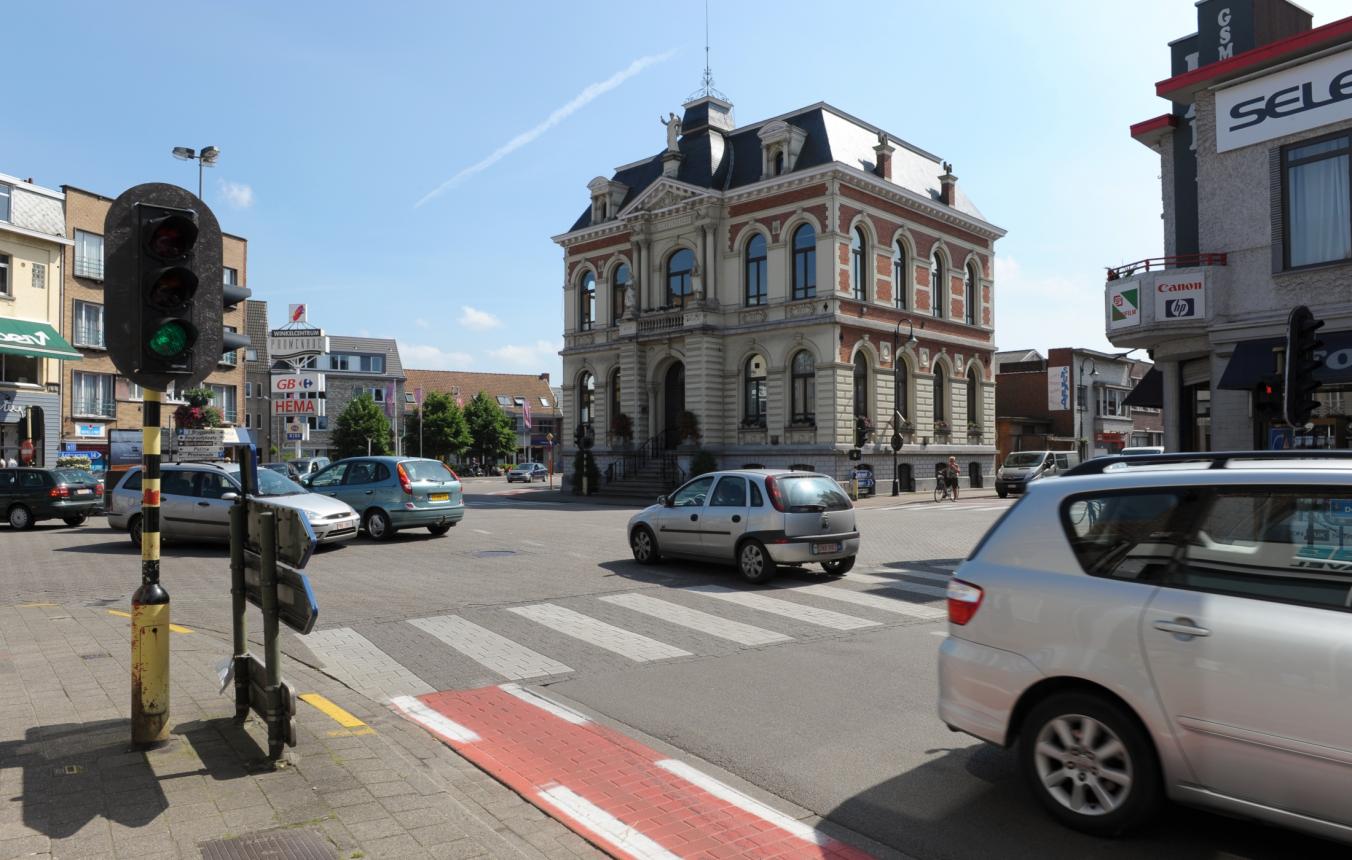 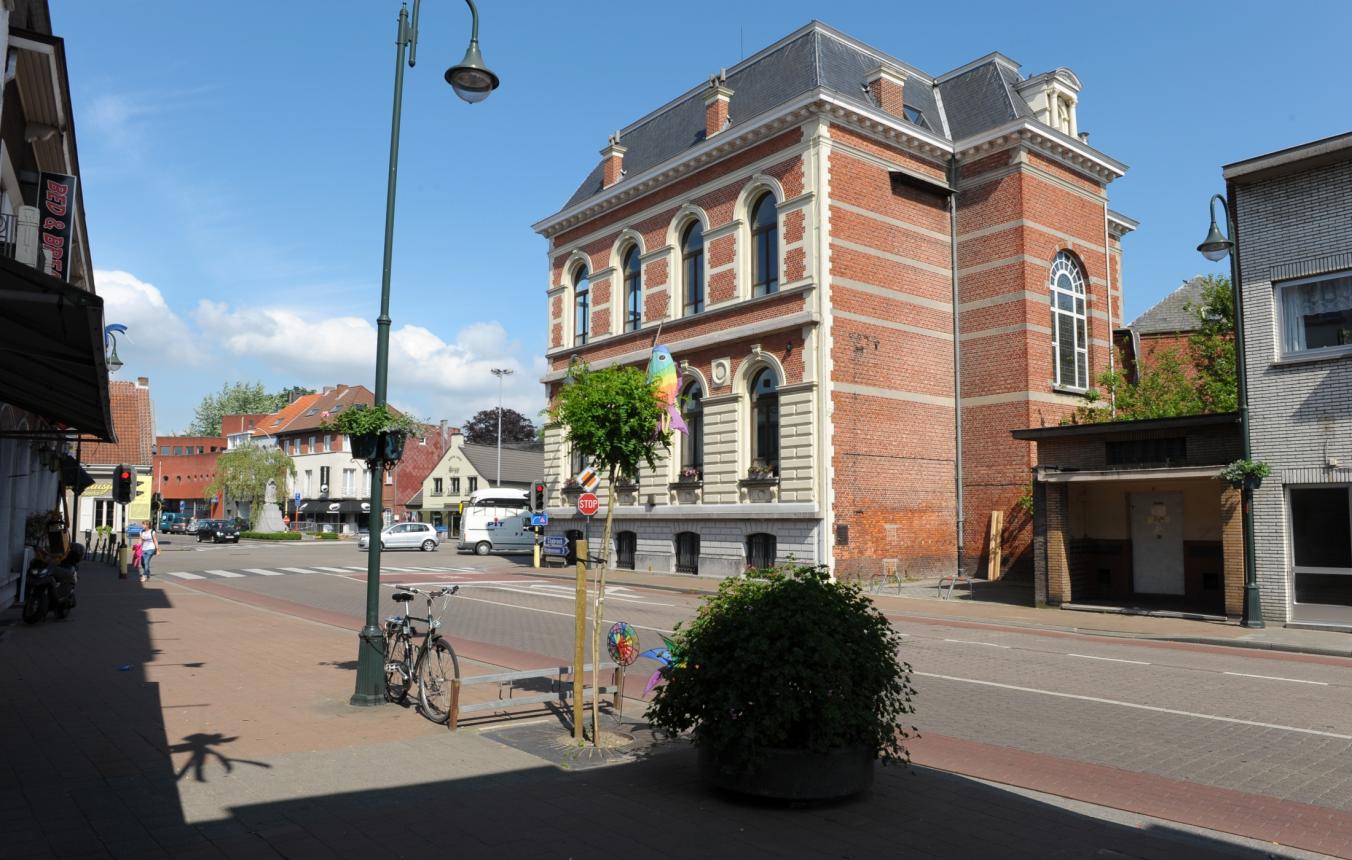 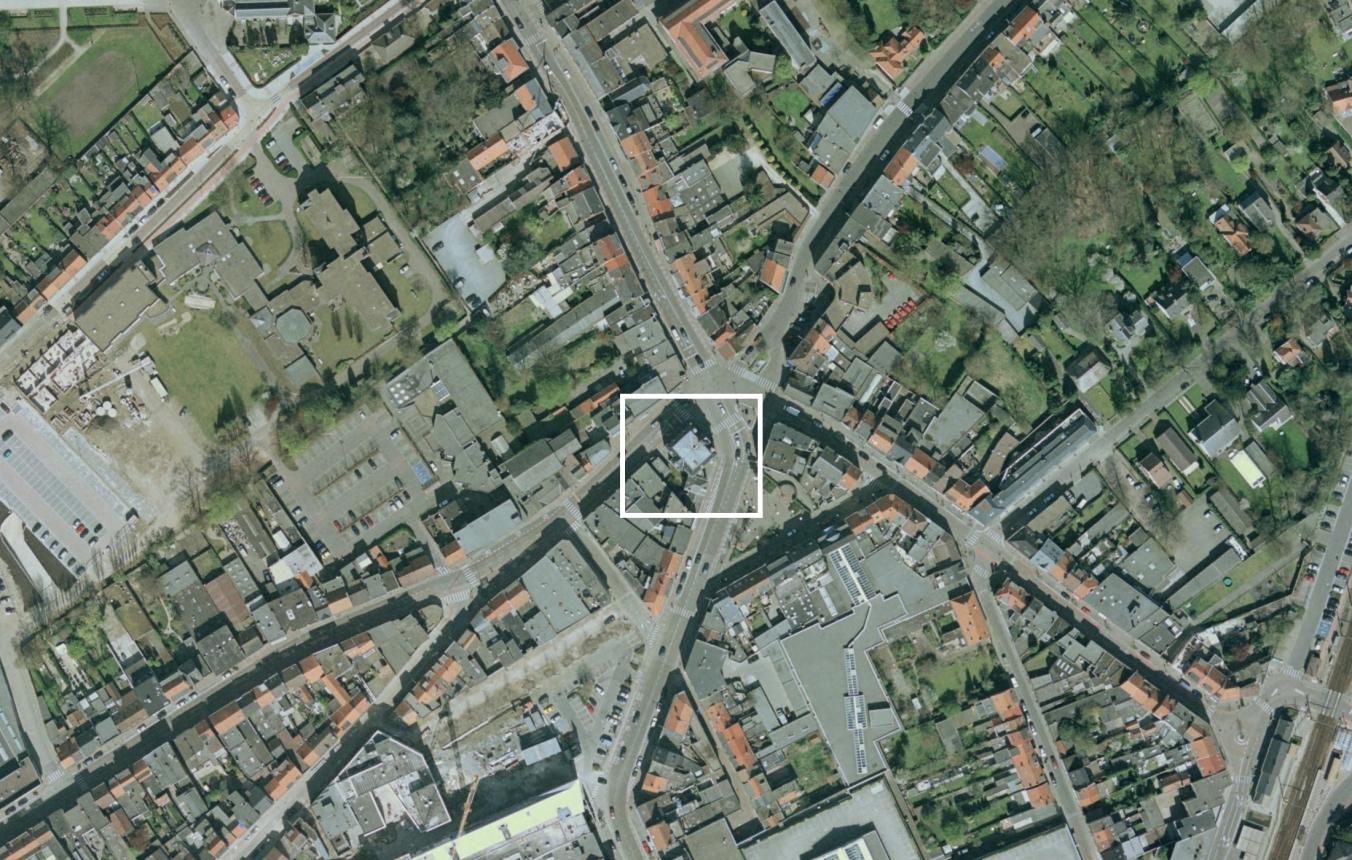 In the centre of Kapellen is a complex of buildings with the Oud-Gemeentehuis (Old Town
Hall) as the main building, a police house as an annex and two small fire truck garages.
The "Oud-Gemeentehuis" complex is not protected as a monument but does feature on the list of "Buildings through the centuries". It represents an important asset in the centre.
The Oud-Gemeentehuis operated for decades as a town hall. After that, it was use as a police station. Fifteen or so years ago, the main building was refurbished and since then, it has housed exhibitions, as well as accommodating the local history society in the ba­
sement of the Oud-Gemeentehuis. The first floor of the building currently houses a large
astronomical clock. The grounds of 540 m² also accommodate a former electricity substation. The empty police house and garages are in a state of dilapidation. The borough wants to integrate these abandoned and dilapidated buildings with the Oud-Gemeentehuis. To do this, spe­cial attention needs to be paid to the visual and physical accessibility or spatial trans­parency in which the relationship between the streets and the surrounding complex of buildings is reinforced. The council also wishes to retain the main parts of the façade on the street side.
Just in front of the Oud-Gemeentehuis a busy local road forms a crossroads with three other approach roads. As part of the "thoroughfare through the centre" dossier (mobility covenant) the design of the crossroads is currently being studied by an external bureau. It must be possible to include the result of this study in the design considerations for the "Oud-Gemeentehuis".

The borough wishes to retain the appearance of the building, but wants to strengthen the relationship with the village centre and the new Dorpsplein village square. The design is important for this and for retaining the lively bustling of the village both during the day and in the evening is essential. The building complex will also have a public use for exhibitions and gallery function in combination with hospitality facilities. The ratio in which these three elements will be mixed has yet to be established. Naturally the entire building complex must be accessible for less able-bodied visitors.
The council wishes to retain the option of attracting a private partner as an investor. As a result, this private partner may want to have input in the design. An initial possible option is that the private partner works with the selected designer or bureau from the call for tenders. The other option would be the private partner would take the project further with its own designer. In that case, the design views of the selected designer or bureau from the call for tenders would have to be respected. The established outlines would have to be complied with. If there were any disputes, a quality chamber would have the power of arbitration.

Fee:  architecture between 8% and 10%
(incl. stability and technical)

The complete study and design assignment for the redesign of the multipurpose Oud Gemeentehuis complex of buildings in Kapellen.