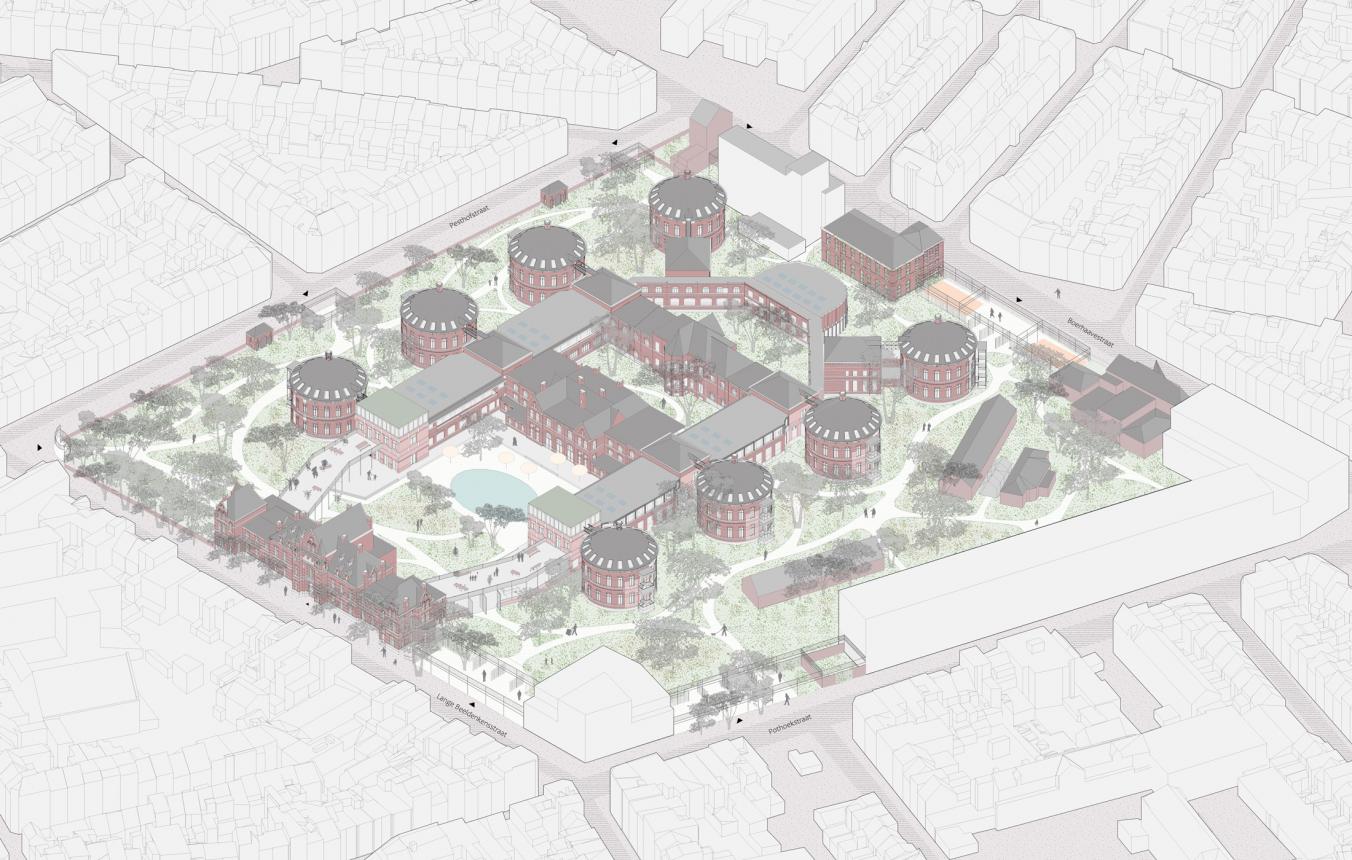 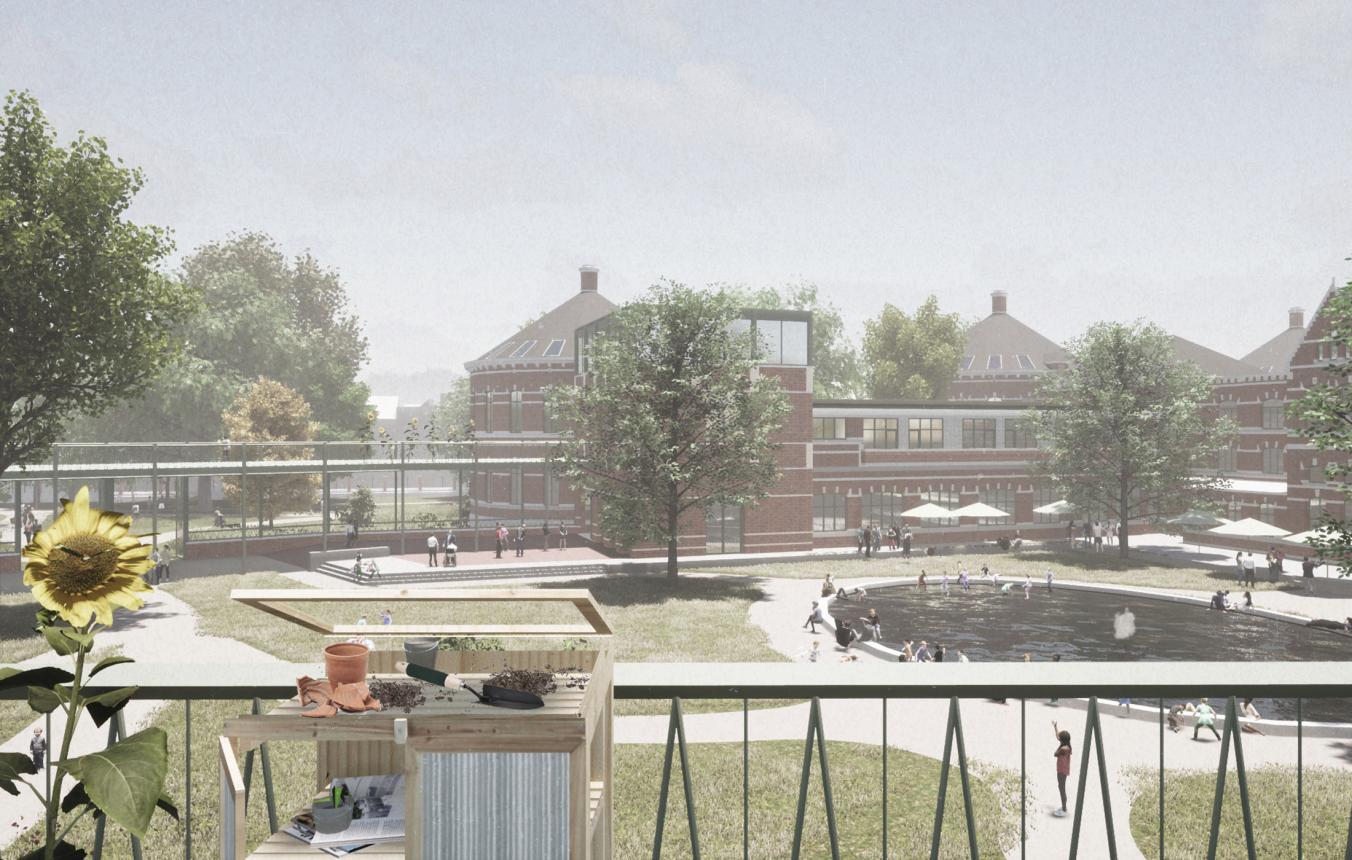 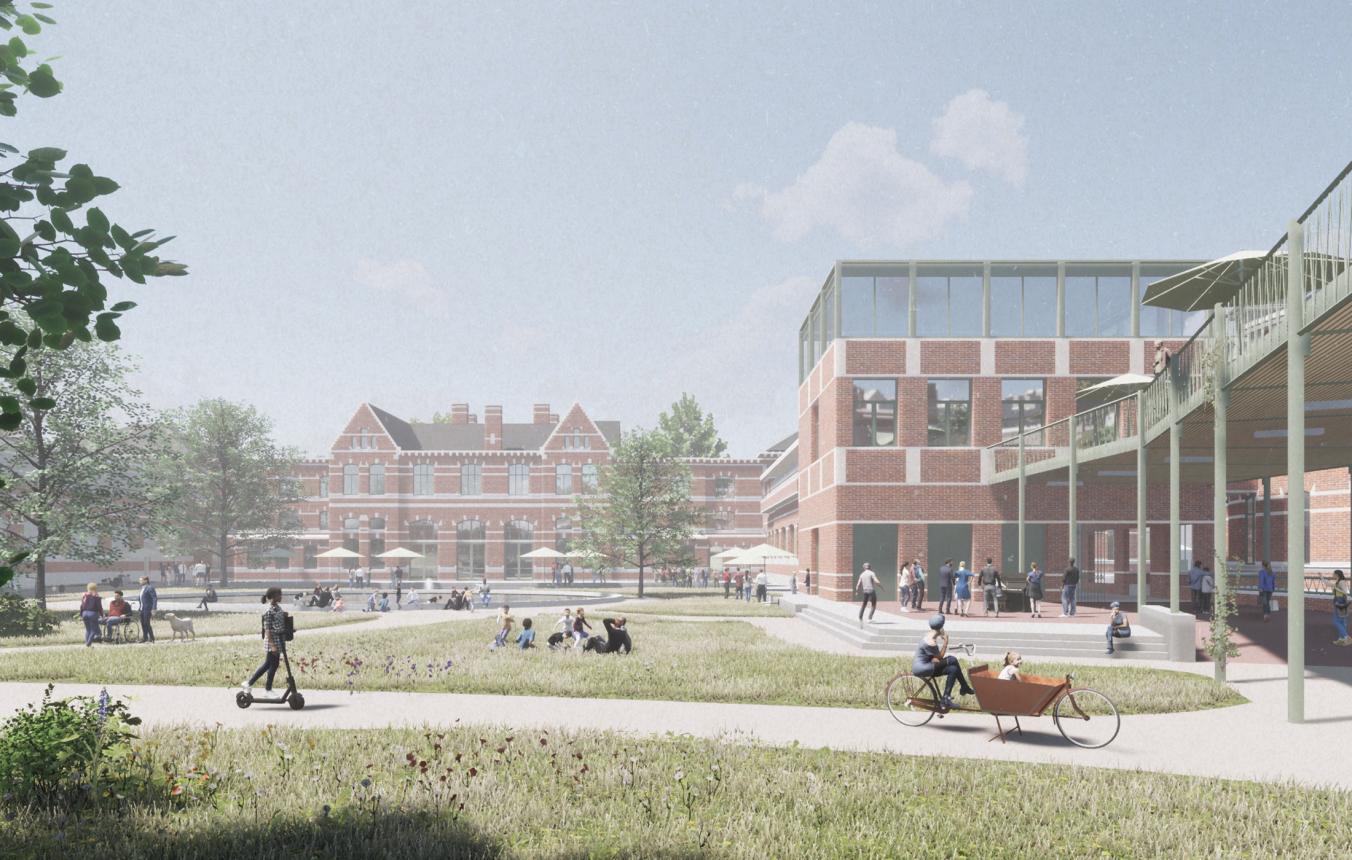 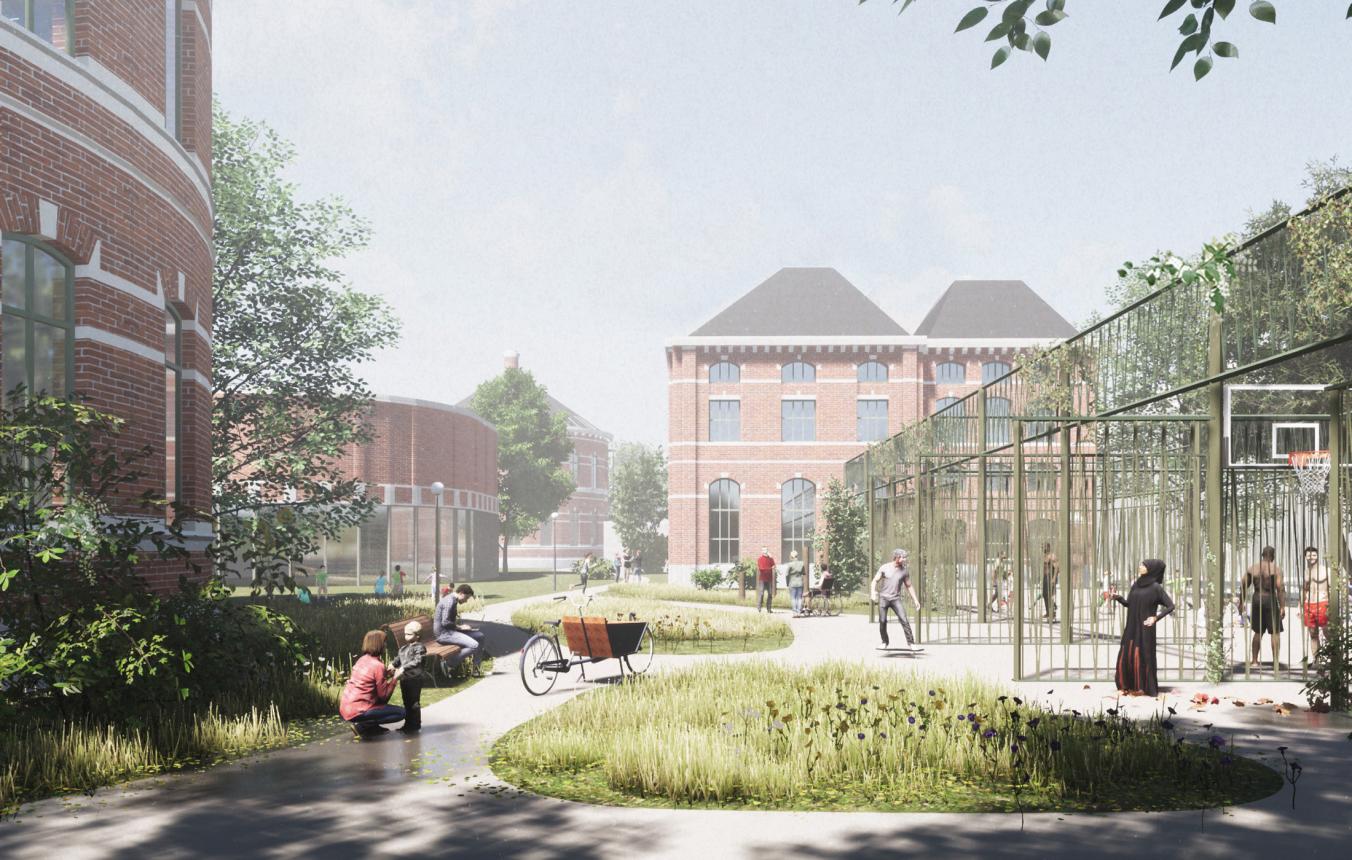 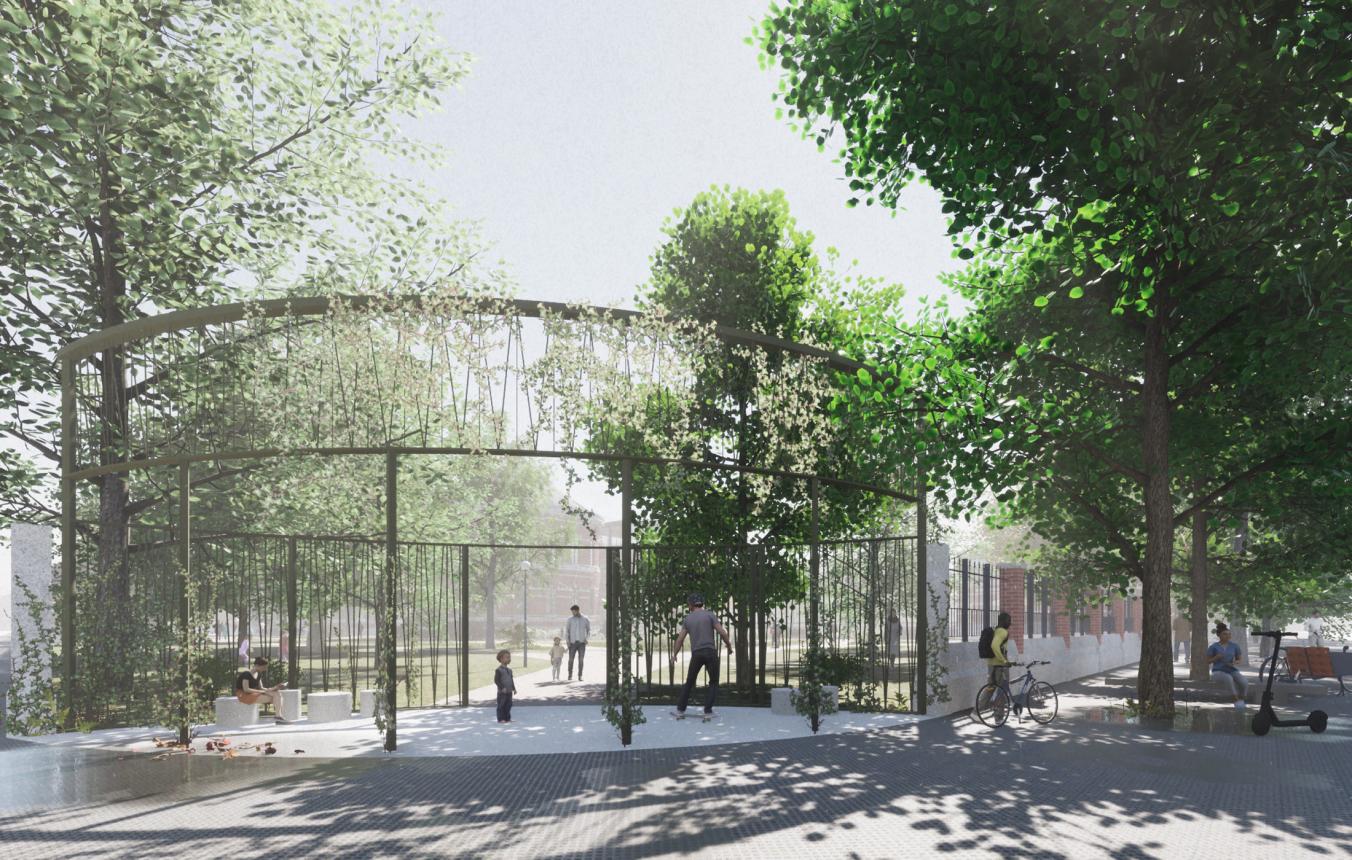 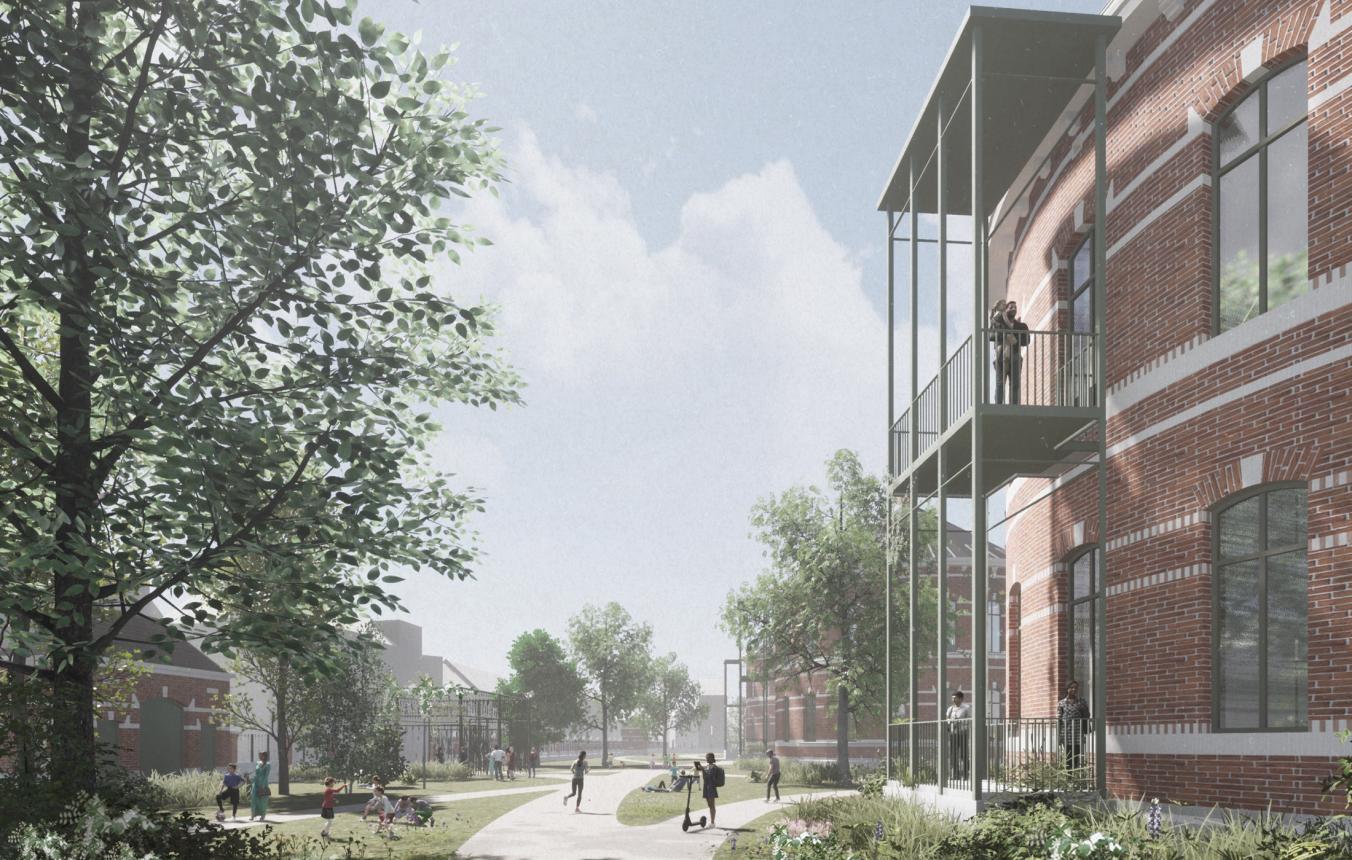 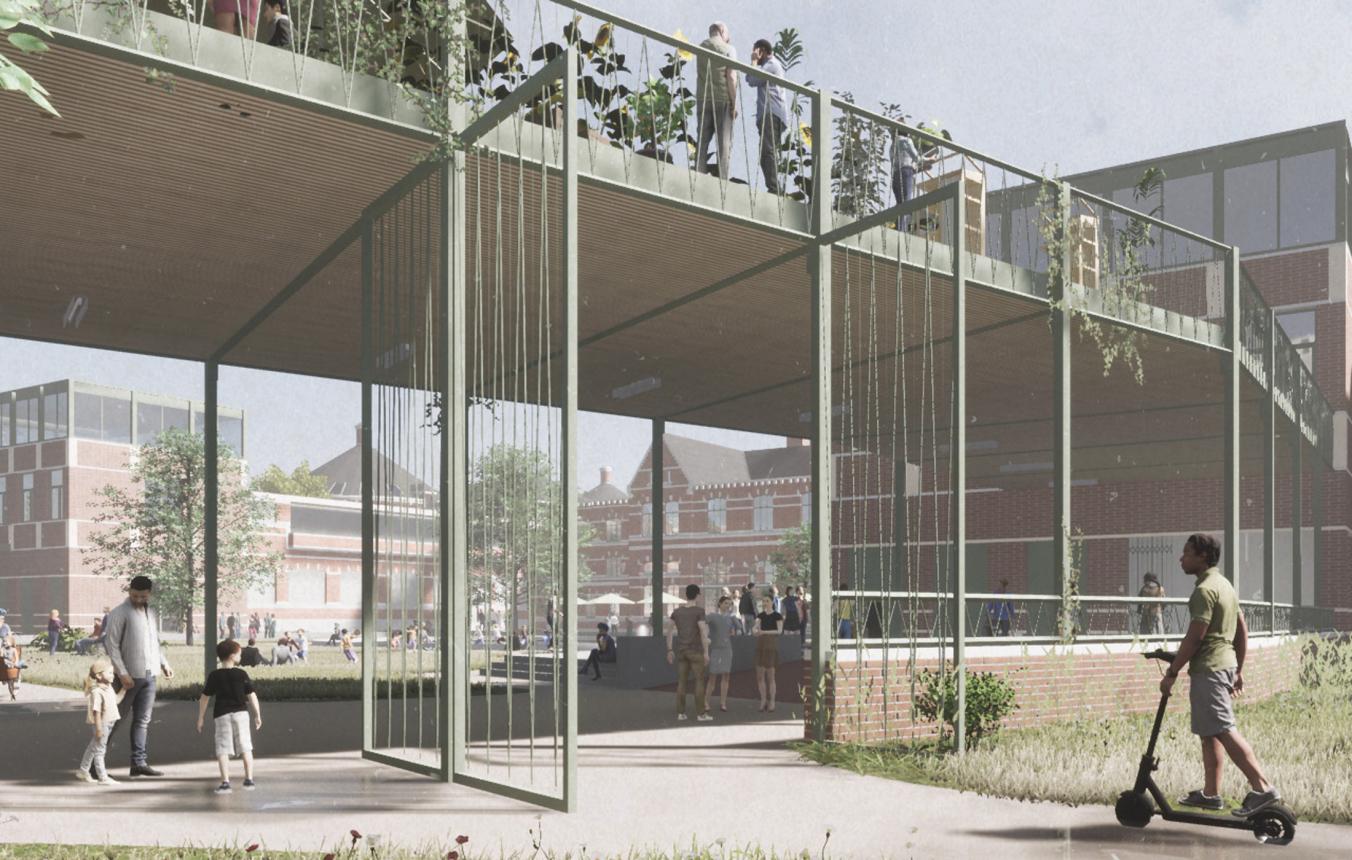 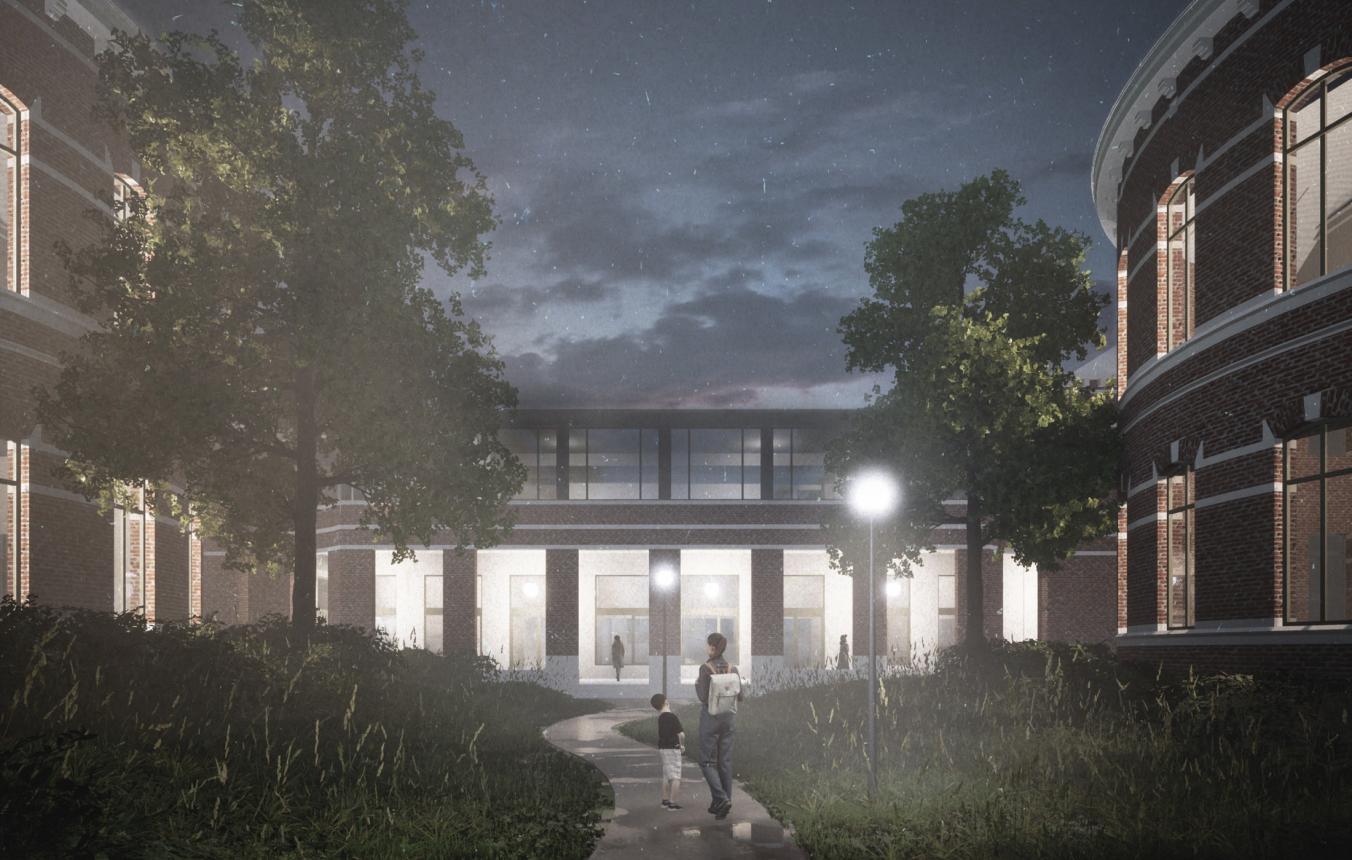 Almost 150 years after the international architectural competition for the historical Stuivenberg Hospital with its unique round hospital pavilions designed by architect François Baeckelmans, the Temporary Partnership Architects Sabine Okkerse bvba, BOOM Landscape, Bovenbouw Architecten, Korteknie Stuhlmacher Architecten BV have come up with an architectural, landscape and urban development vision for the future of the Stuivenberg site in Antwerp.

Now that the historical building is to lose its original function, it is time to peel away the many buildings added for hospital purposes and create open space again. The restored park will give this densely built-up working-class area the breathing space it needs again. The chosen design team goes the furthest in exposing the 19th-century pavilion typology, which was geared to the then-current insights concerning hygiene and ventilation.

A covered 'rue extérieure' connects the various spaces to be reallocated to a collective building, but is at the same time a public space that can be used in many ways. It looks out onto the surrounding park and thus relieves the park. Access from the front building runs across a symmetrical forecourt surrounded by usable galleries to the historical figure. They lead the visitor to two new end buildings, which will finish and open up the old wings once the 20th century hospital building has been demolished here.

Because the park is to be kept quiet after sunset, it is important to preserve the original fencing around the site. The design team provides new fencing where necessary and creates small, lockable playing fields, 'berceaux', that act as buffers but can also be opened up to the neighbourhood after the park closes. The reallocation of the Stuivenberg site is a completely unique project of urban regeneration, of reduction of functions and of softening. The project restores the original green lung, which formed the 'healing environment' of the historic hospital, as a climate-friendly, green urban oasis for biodiversity, cooling and water buffering. The concept rehabilitates Baeckelmans' characterful design and demonstrates a strong strategic and architectural vision that ensures the new destination will stand the test of time.

All-inclusive study assignment for the repurposing of the Stuivenberg site in Antwerp: drafting of an urban development plan, landscape design and architecture.