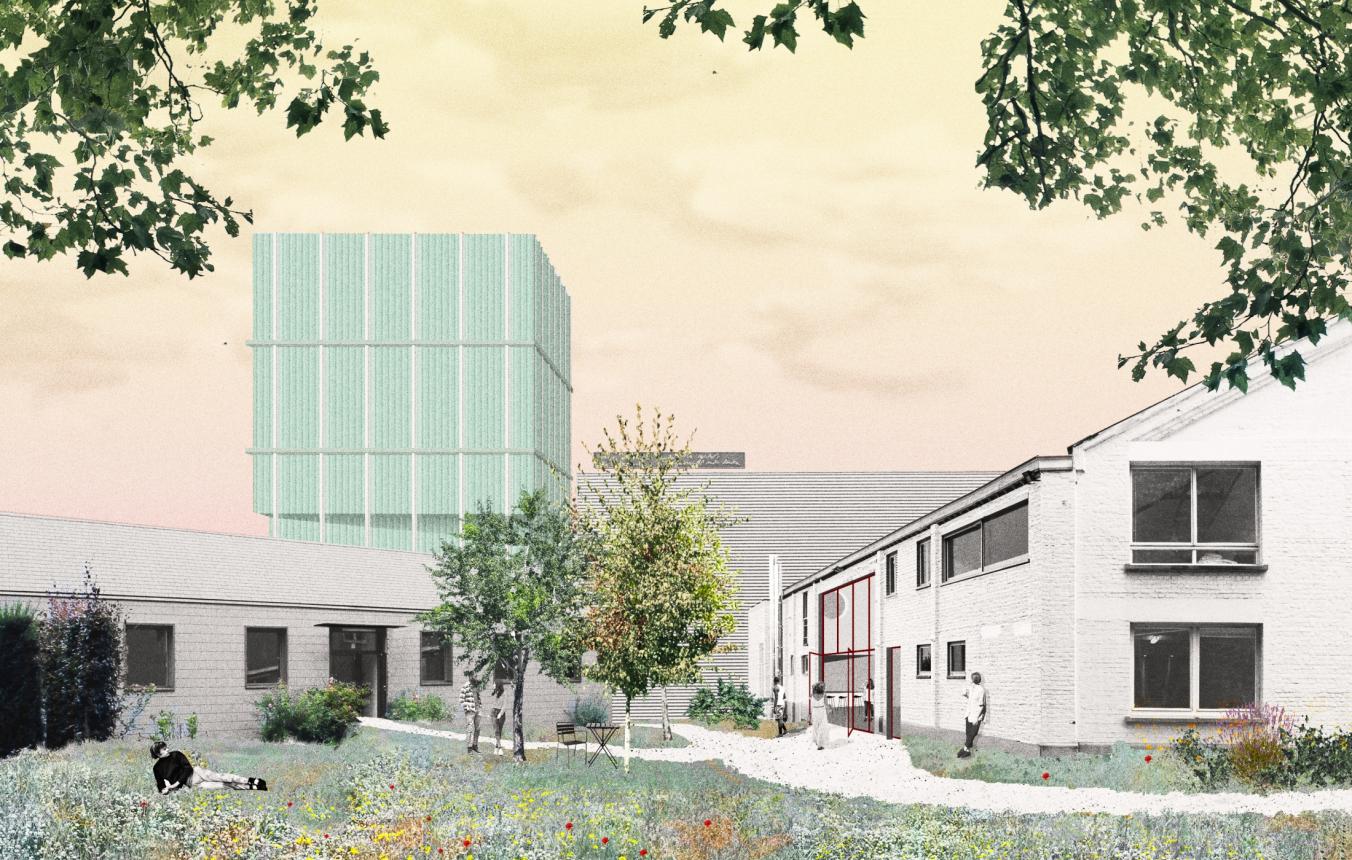 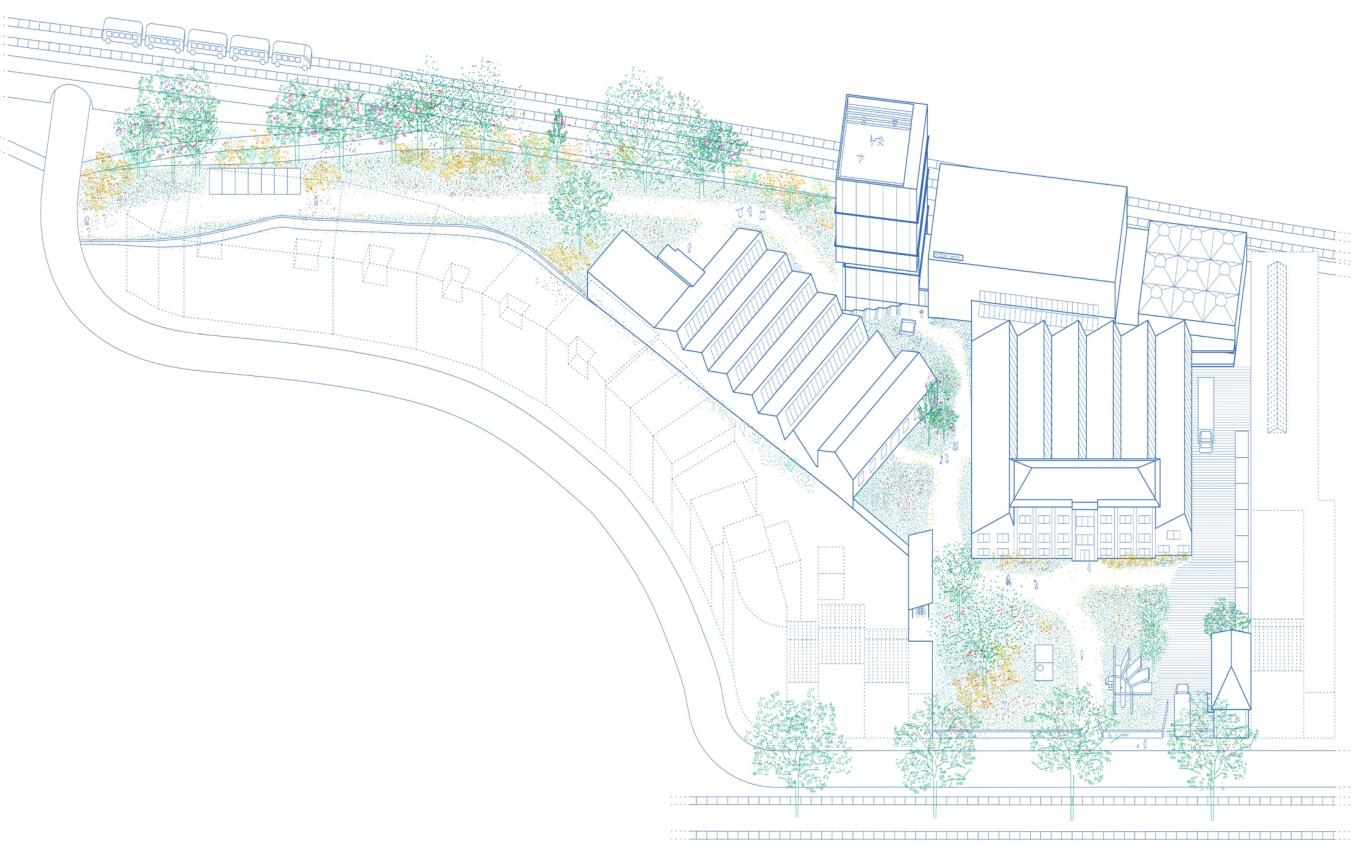 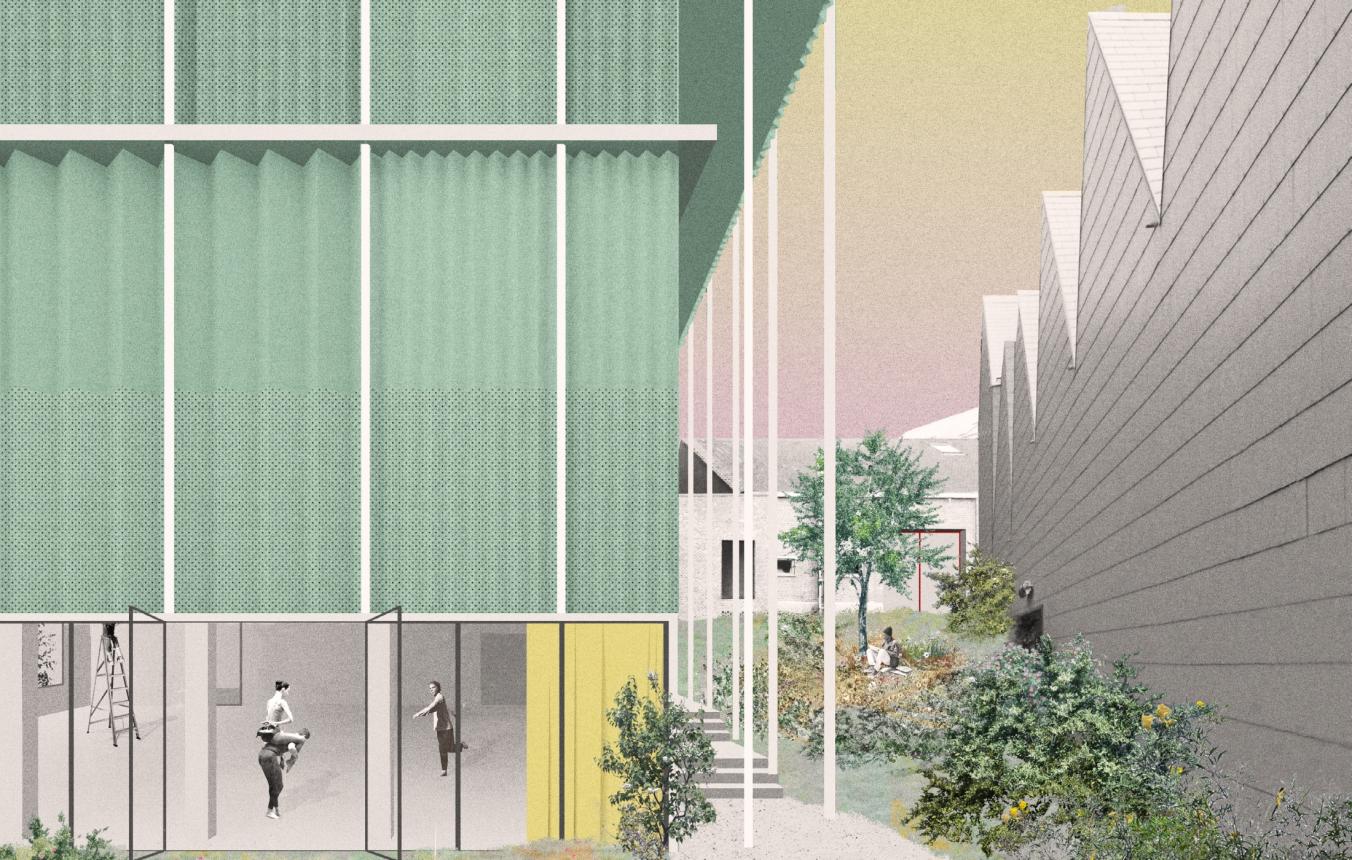 The design assignment for the execution of a master vision including the execution of an extension of the infrastructure for Rosas, Ictus and P.A.R.T.S. in Forest was awarded to the joint venture OUEST / VERS.A.

The design of TV OUEST / VERS.A for the extension of the site of Rosas, Ictus and P.A.R.TS respects the historical logic of the site. The existing buildings continue to determine the first appearance of the site, and the present design primarily seeks to connect with the individuality of the existing spaces and their use.

The open space serves as a support for the programme. The entrance to the Van Volxemlaan opens up the existing, serene front garden, where the large red beech remains the main protagonist. As the terrain descends further, the garden becomes more intimate with dense plants. All functional pavements are organised at the extremities of the site.

Rosas, Ictus and P.A.R.T.S. need a clear place of their own but also space to come together, to talk, to stay. This way of living and working together, 'living apart together', forms the basis for the further expansion of the site. The design team therefore focuses on clear circulation and optimises the internal operation. The logistic operation between loading and unloading area and storage areas; between storage areas and studios, RPS (Rosas Performance Space) and rehearsal areas was elaborated in a well-considered way and is based on simple circulation patterns. The no-nonsense character of the central 'Blanchisserie' allows for an unconstrained reconversion of the spaces. The sunny south wing is furnished as a meeting place in the centre of the site with cafeteria, meeting rooms, kitchen and fitness. Ictus will have new rehearsal areas on the vacant northern side. Four new dance spaces for P.A.R.T.S. will be established alongside the existing RPS. The stacking of the studios results in a minimal footprint and leaves as much space as possible for the garden.

All-inclusive study assignment for the realization of a master vision including the construction of an extension of the infrastructure for Rosas, Ictus and P.A.R.T.S. in Vorst.