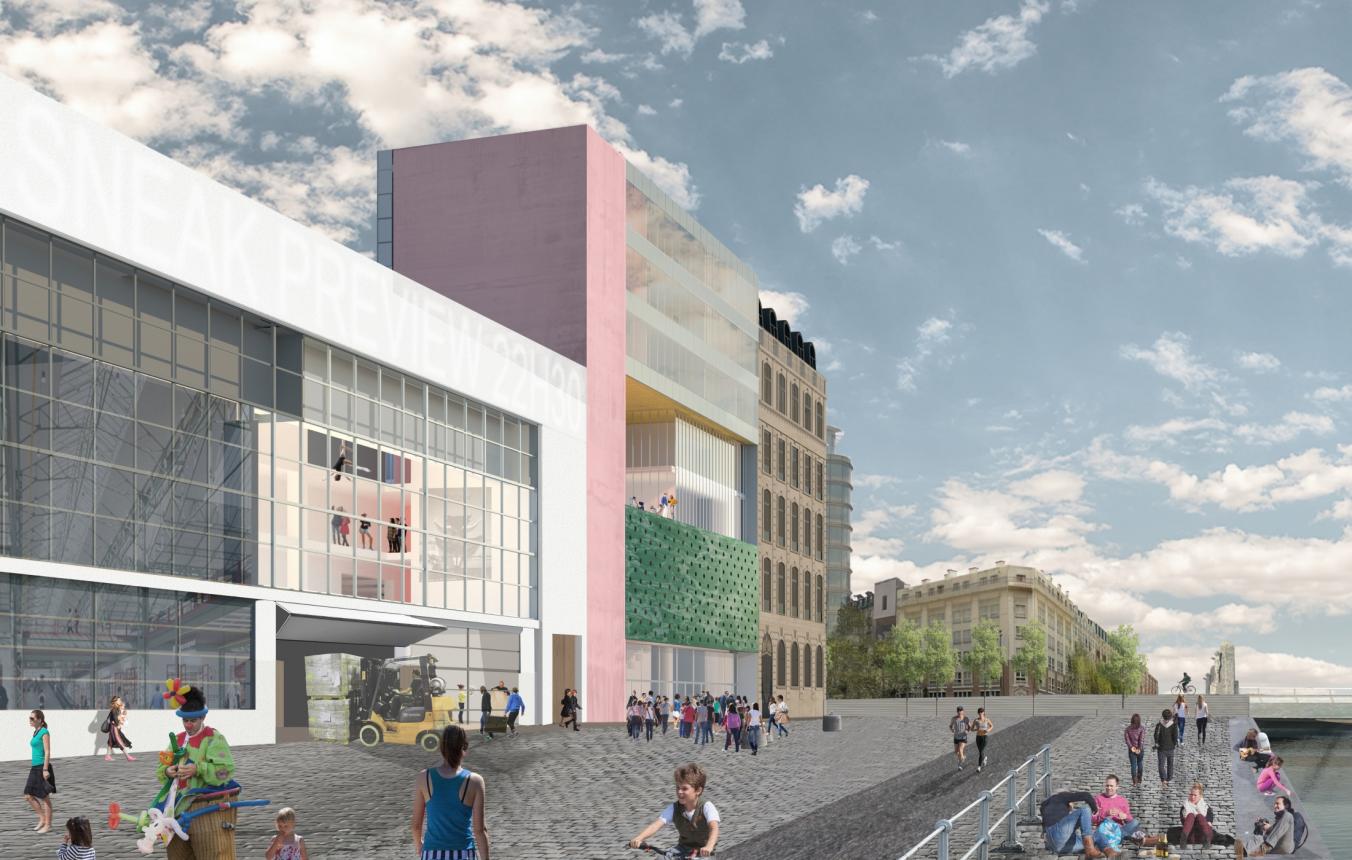 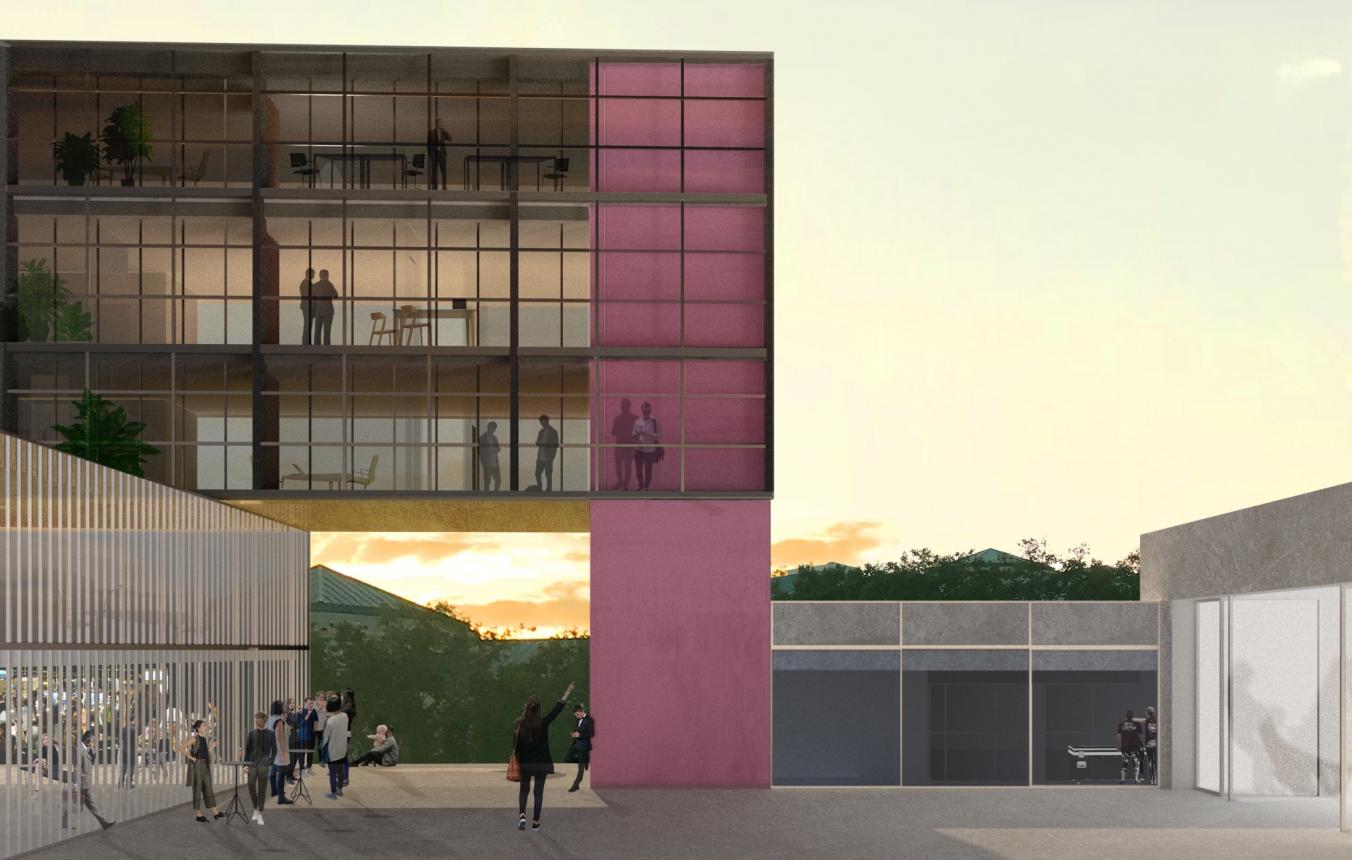 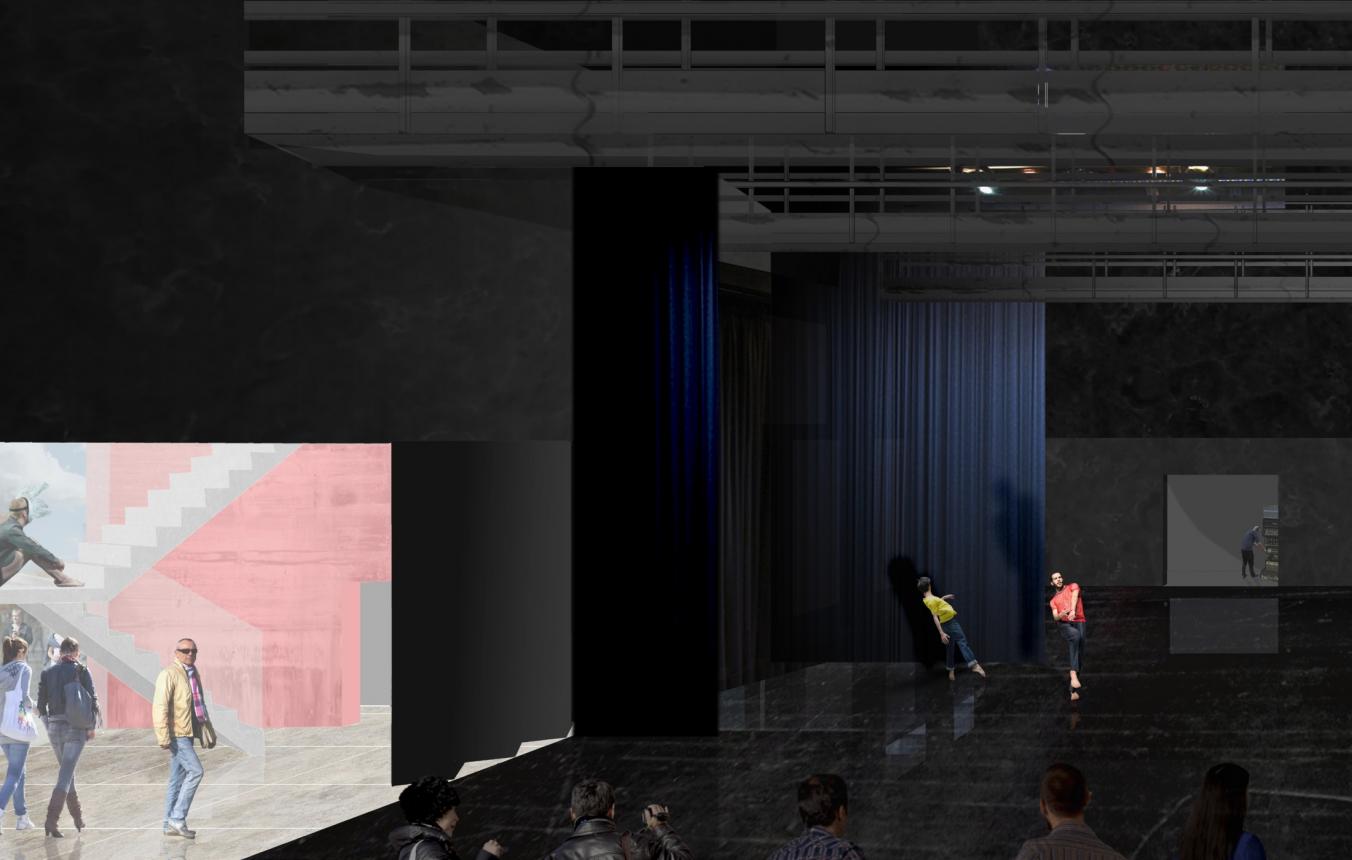 The study assignment for the transformation and renewal of the Kaaitheater in Brussels was awarded to aaa architectuuratelier ambiorix.

Aaa focuses on potential instead of versatility in order to help build a rich cultural network. Kaaitheater's ambition is to transcend the boundaries of an 'own' audience and 'own' theatre.

Within a compact and functional whole, four parts form the engine of the theatre machine. The main auditorium will be retained as a traditional framed theatre and will be completed with a logistic access along the Aachenkaai. The small new auditorium, designed as a flat floor, is suitable along the existing main auditorium. Both halls form one large ground floor in the centre of the building block. In the northern corner there is a logistic cluster with loading and unloading deck, workshops, storage and goods lift, which are easily shared between the two halls. Along the two hall walls are the serving zones of the two halls.

Due to the arrangement of the two halls, one large S-shaped foyer is released between Sainctelettesquare and Aachenkaai. Here lies the interface between theatre and city, an interface with deliberate cross-border potential. It will be further charged with a café forum on the duplex level, a crea room and studios in the extension of the foyer along the Aachenkaai. A series of patios and voids articulate these programs and provide the spaces with light and views. On the upper floors are the communal facilities for staff and artists and the most important outdoor space of the arts centre: the open-air theatre, which can simultaneously function as a city balcony overlooking the canal. Performances can take place both indoors and outdoors.

Aaa opts for a readable facade next to Kanal. The new street facade represents a cross profile of the Kaaitheater. The facade surfaces refer to the various processes of creation, presentation, reflection and public interaction that take place behind it.