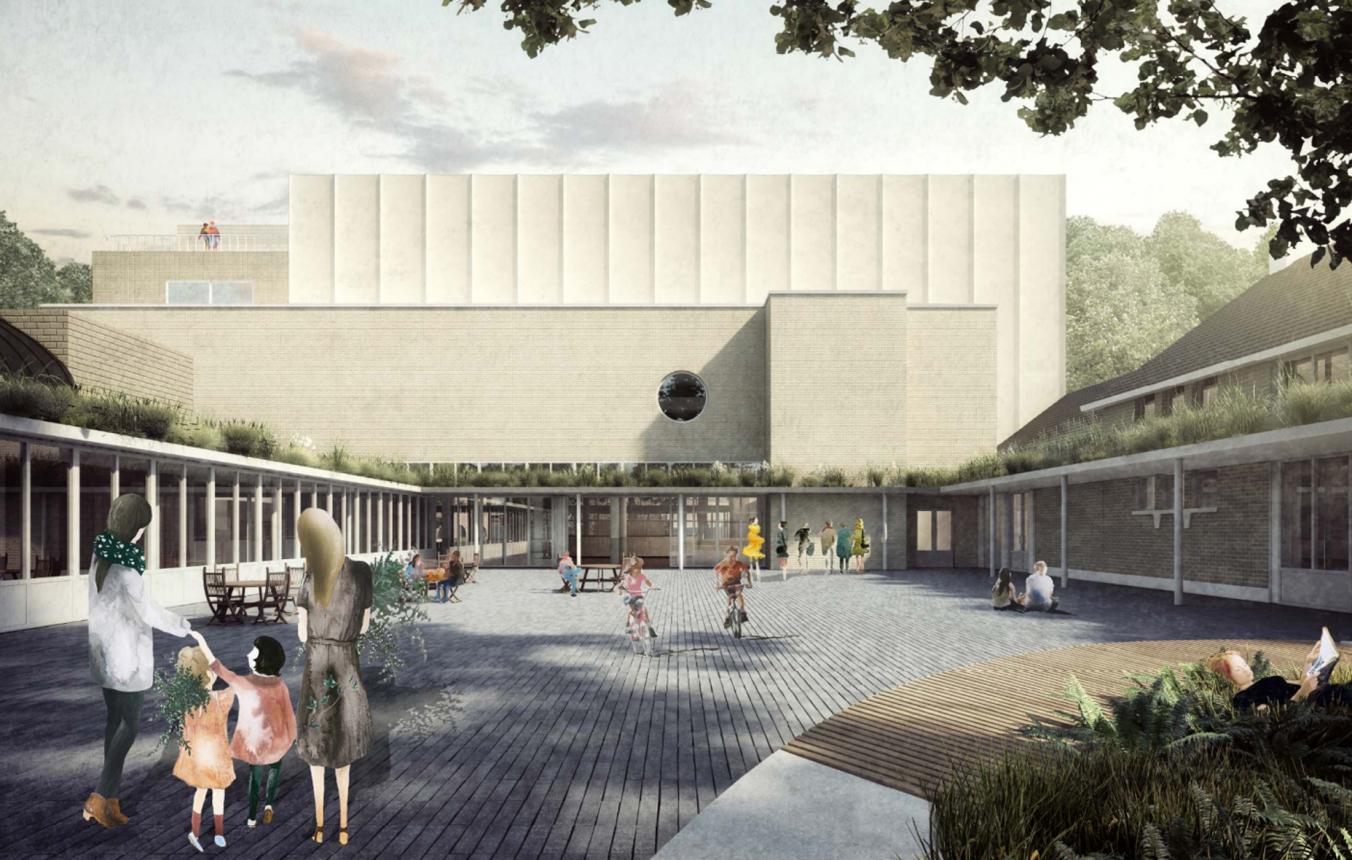 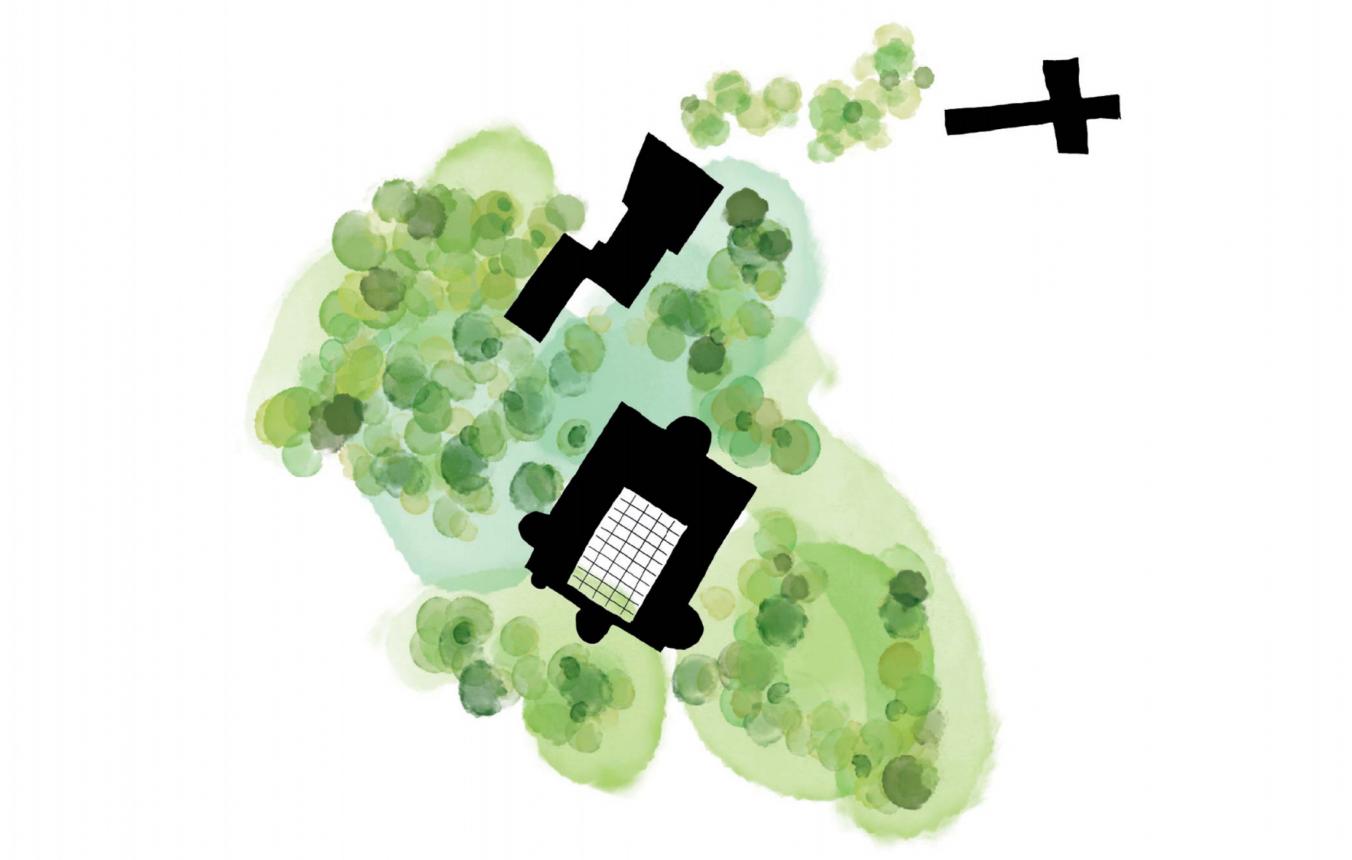 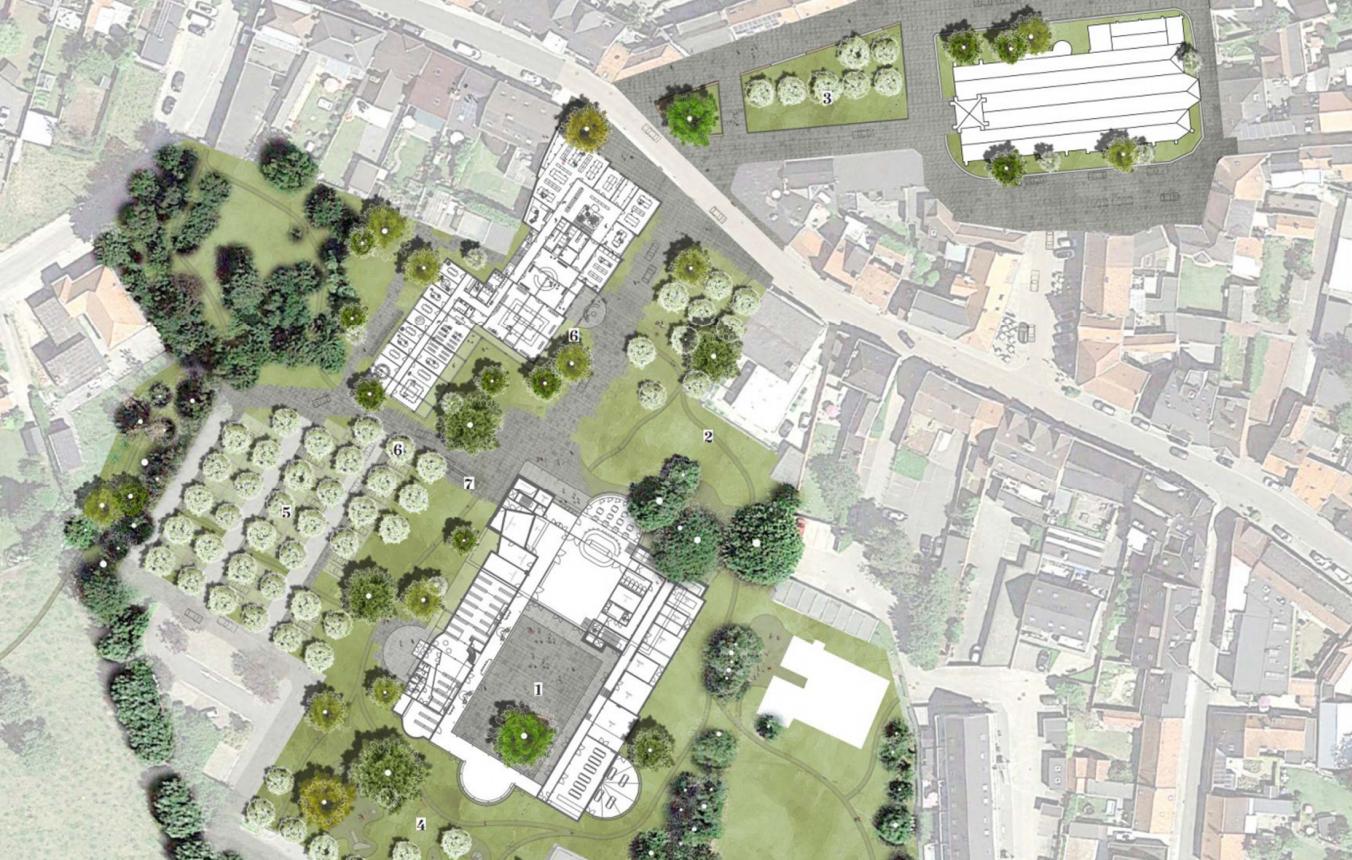 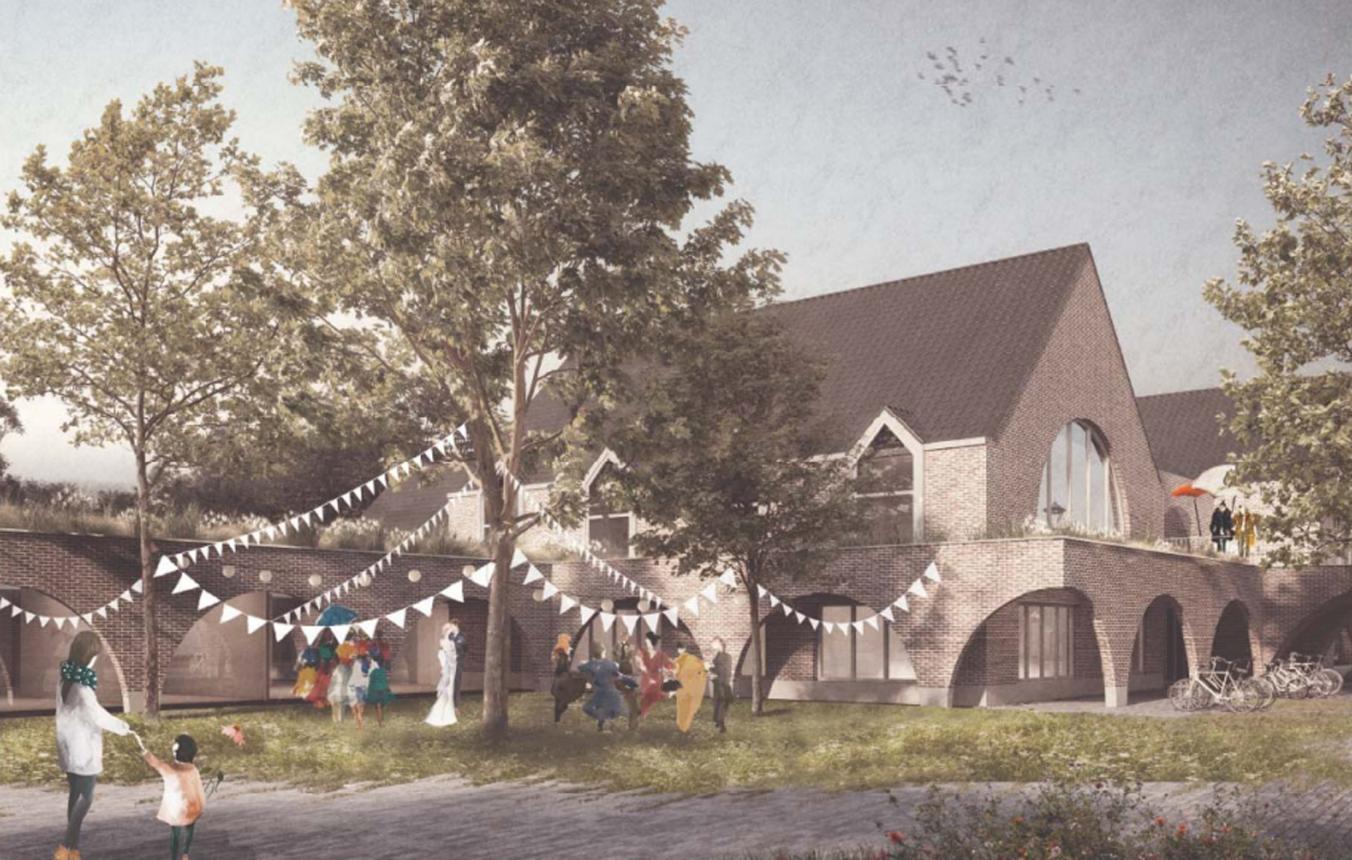 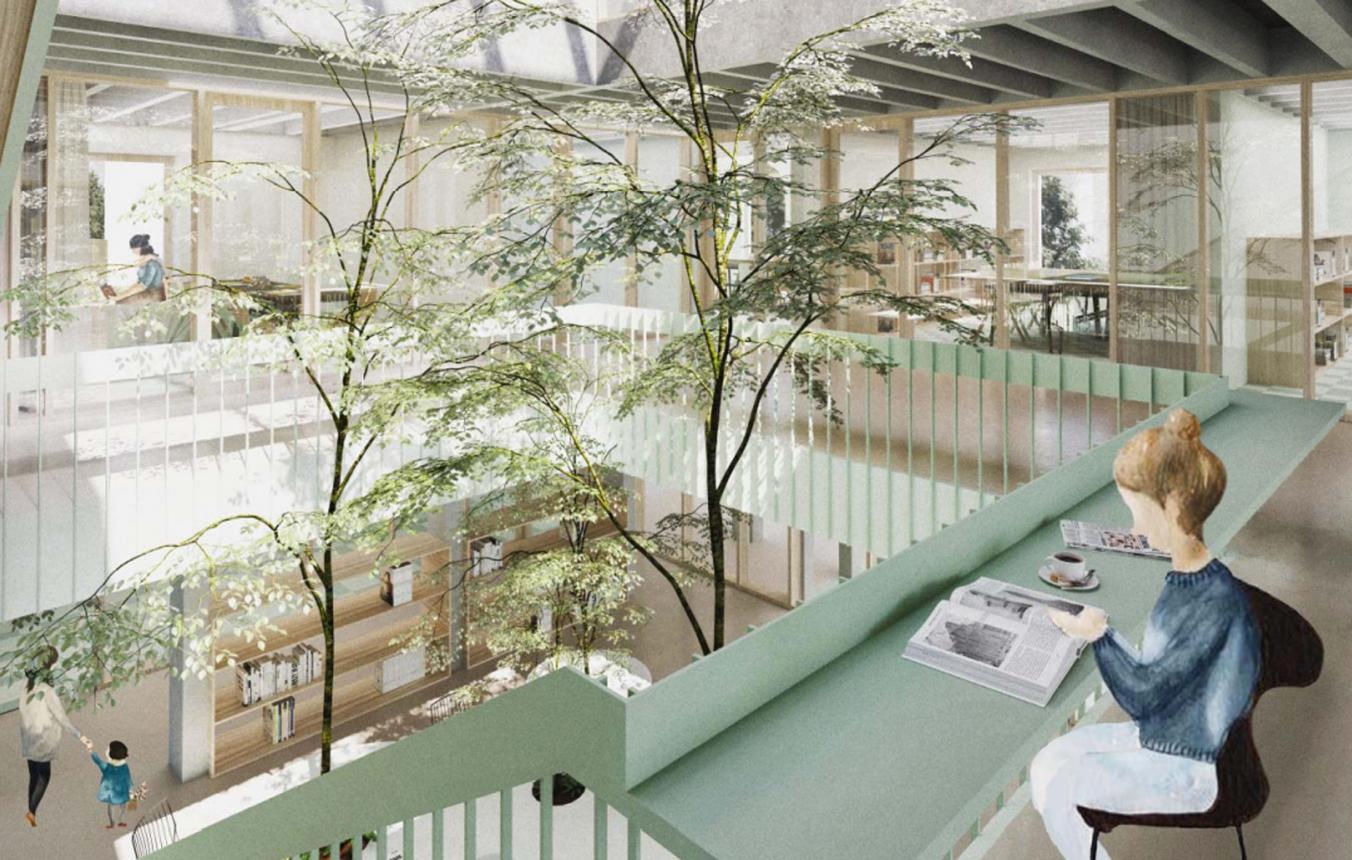 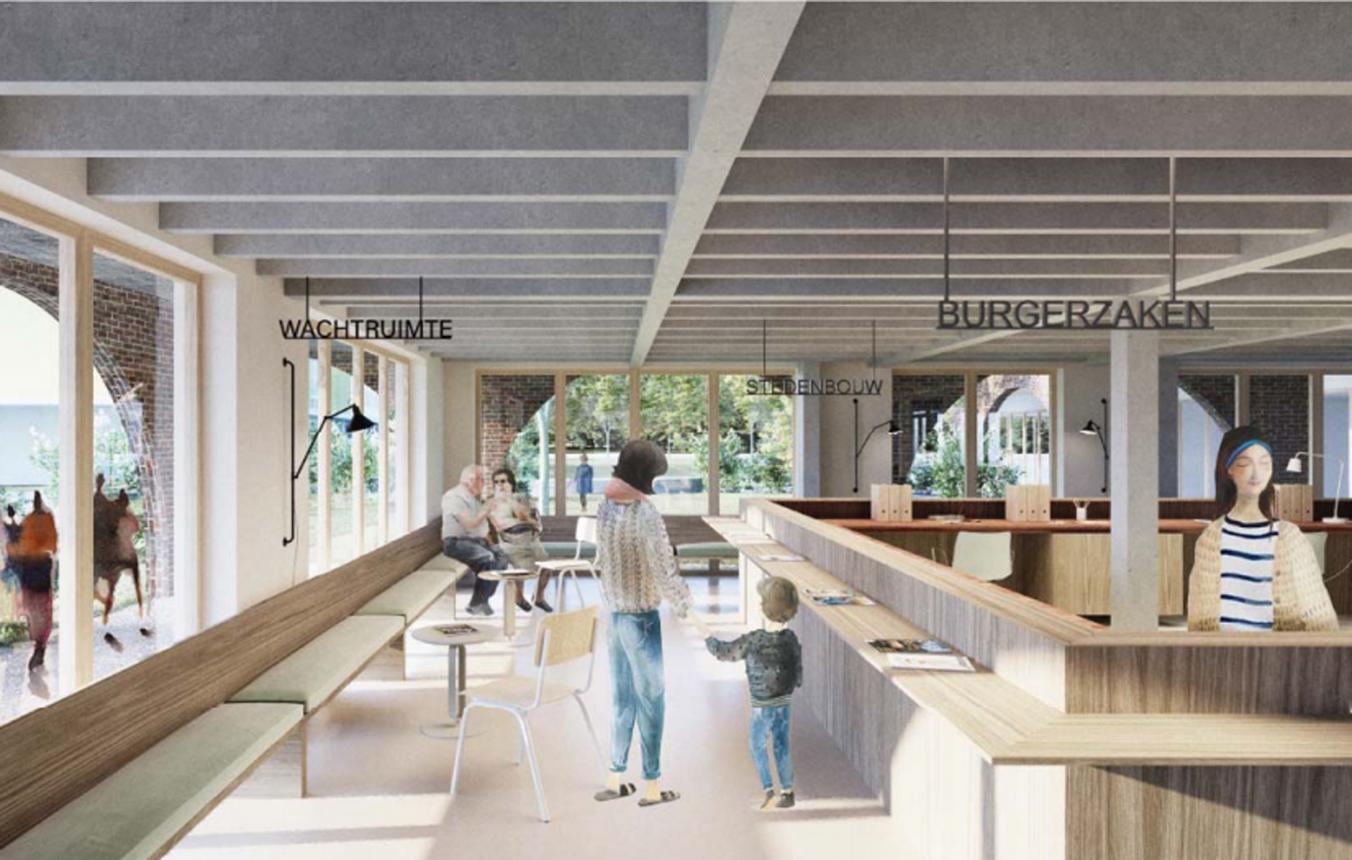 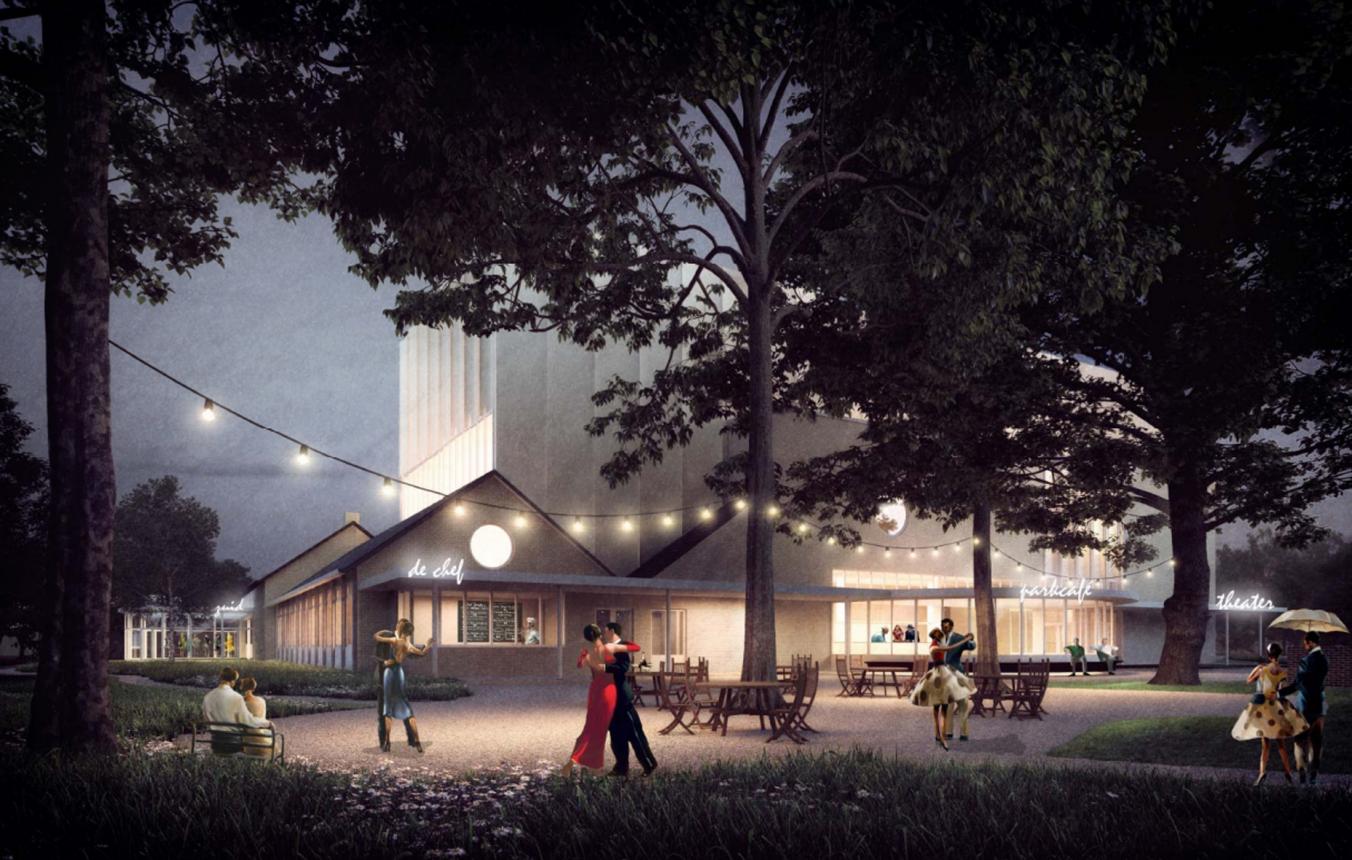 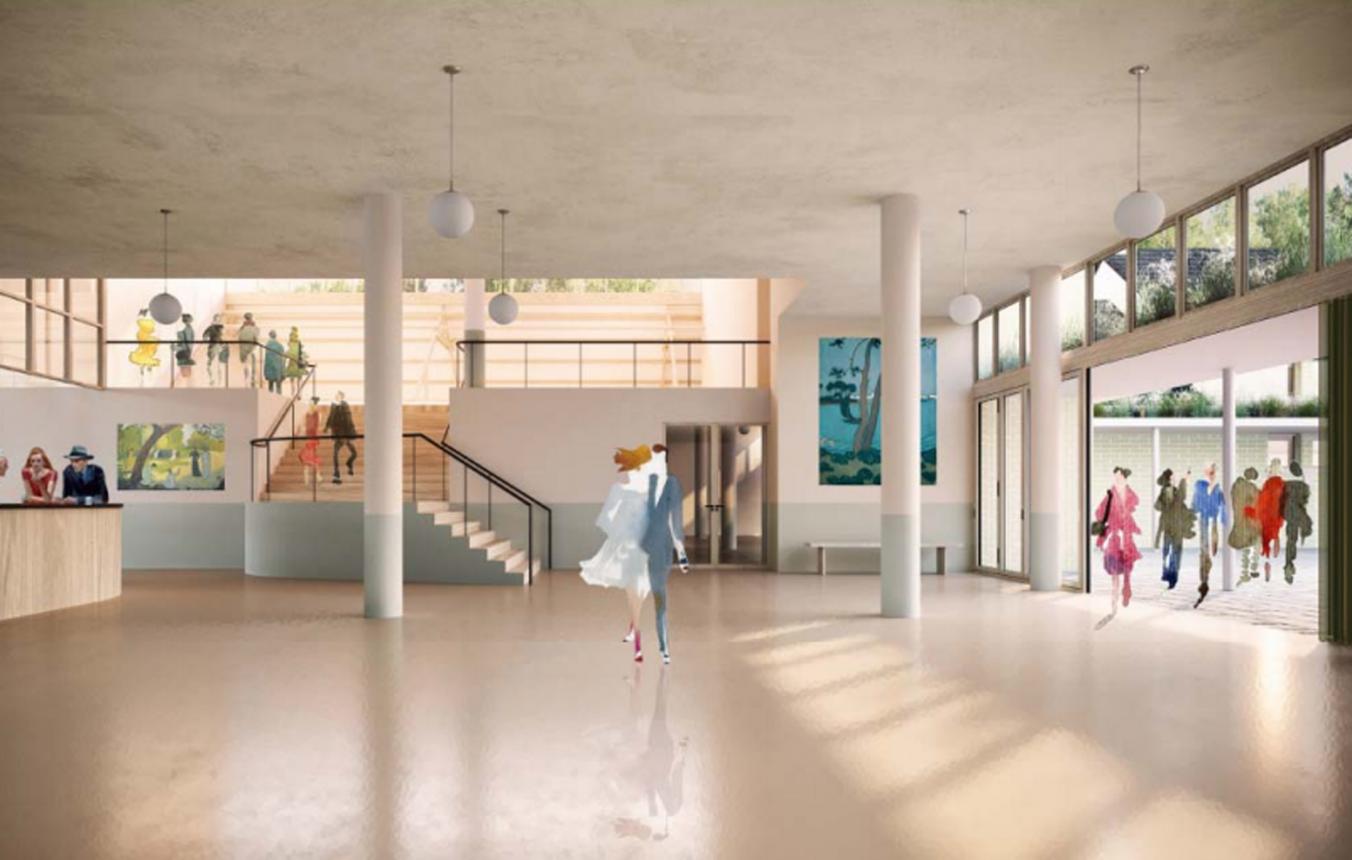 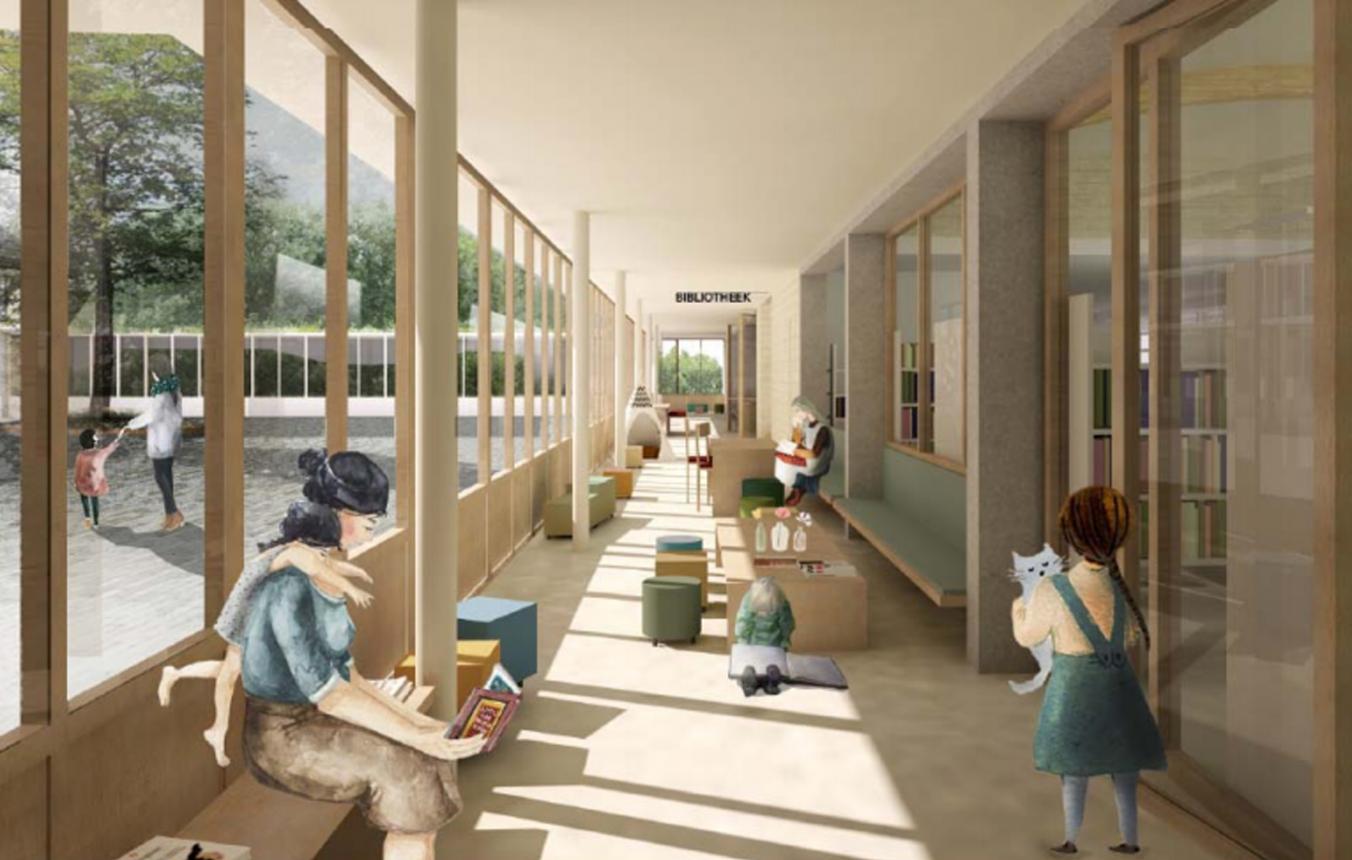 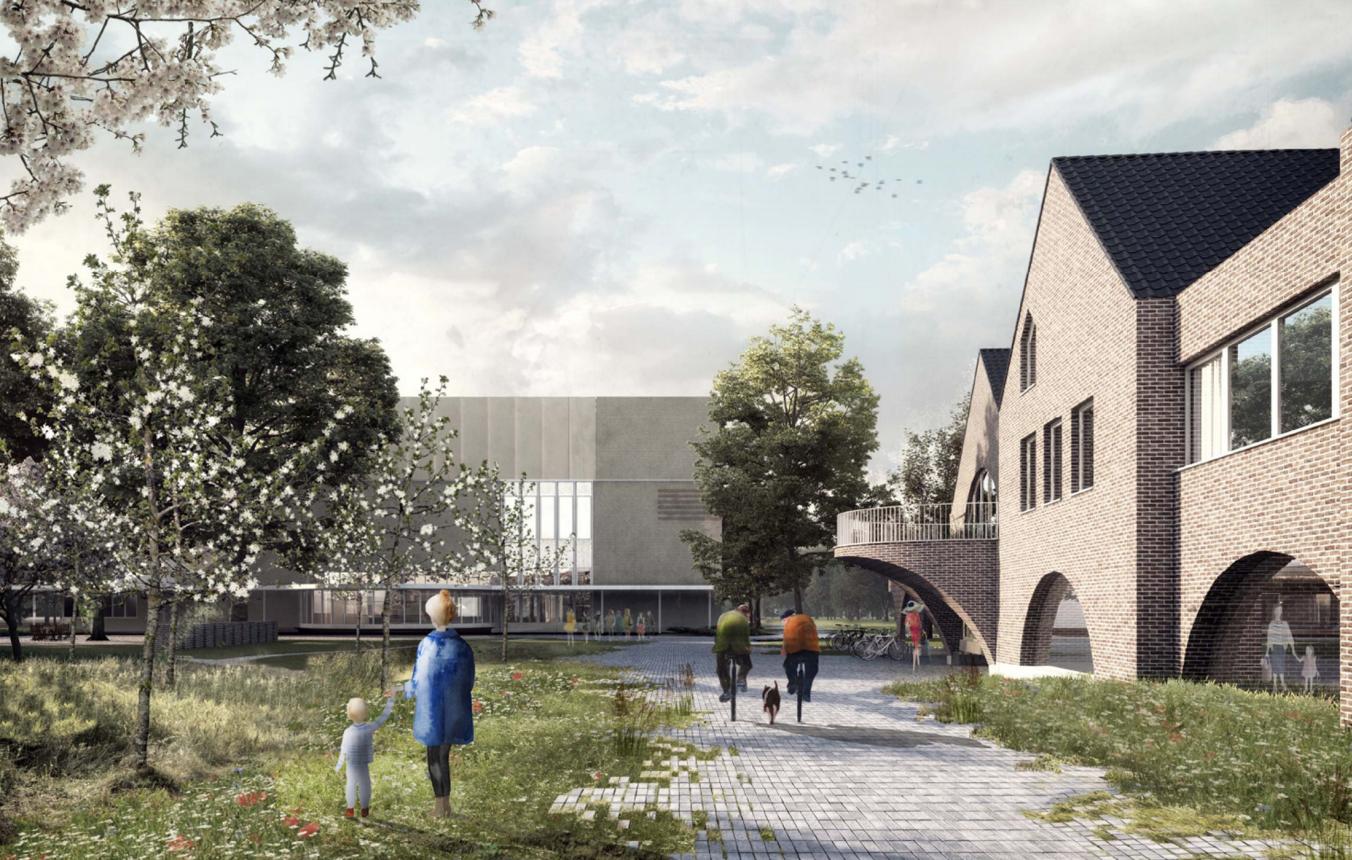 The study and design assignment for the construction of a leisure centre and the conversion of the town hall in Wingene was awarded to the temporary association Dertien12, Dhooge & Meganck - Ingenieur Architecten, Studio Basta.

The architectural assignment is the first phase in the implementation of the master plan that was drawn up in collaboration with the Palmbout Urban Landscapes study bureau, assisted by the Korteknie Stuhlmacher architectural bureau. The site is located in the centre of Wingene. The brief consists of two parts that are closely related to each other: the new leisure centre to be created and the renovated town hall both occupy a central and powerful place on the site and form a tandem in terms of services. The existing green surroundings were included as part of the concept.

The proposal by the temporary association Dertien12, Dhooge & Meganck - Ingenieur Architecten, Studio Basta starts from a new but very clear urban development figure. The congested village space makes way for a configuration of three large volumes - church, town hall and leisure centre - in a connecting park area. The proposal manages to surprise with this daring adaptation of the master plan, which starts from the logic of the buildings, but at the same time fundamentally redraws the village. By focusing on the park, the team reverses the intention of the master plan and in fact turns the village inside out. As a result, the scenic quality of the area, which the master plan aims to enhance, becomes entirely central to the village.

By placing the theatre not next to but opposite the parochial centre and the library, the leisure centre becomes a single building in its own right, tall but compact, leaving room for the park. The building is functional, has character and offers a beautiful inner garden. Aisles and arches form a strong figure that connects the existing and new architectural languages. They cleverly mask the awkward sides of the existing buildings. The building is grand and at the same time it focuses on small-scale residential quality.

The town hall forms a succession of large spaces that make the building readable and add extra qualities. The entrance area connects and divides the flows of visitors. A part accessible to the public has two layers: the ticket offices and multipurpose hall form a single unit. The dining area adjoins a wedding terrace, and the back office is clearly organised around a small atrium. The gallery is an essential addition that makes the town hall explicitly present as a public building.

The award committee appreciates the clear, decisive vision of the design team, in which much positive attention is paid to an open, green space that literally and figuratively provides oxygen in the village centre. The design - with the three village giants in a connecting park space as its basic layout - not only provides clear buildings on a village scale, but also in its elaboration, with individuality and valuable spatial and functional relationships.