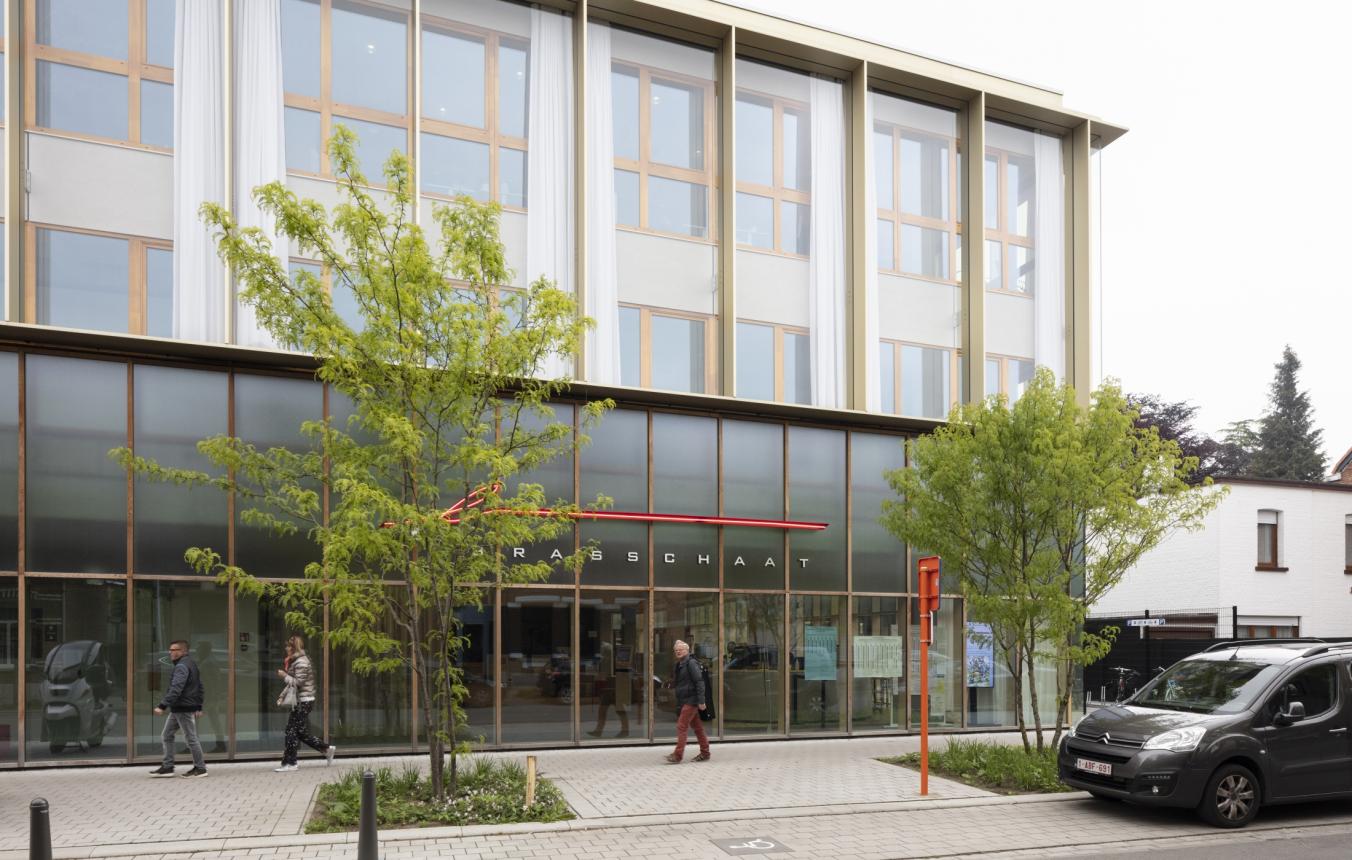 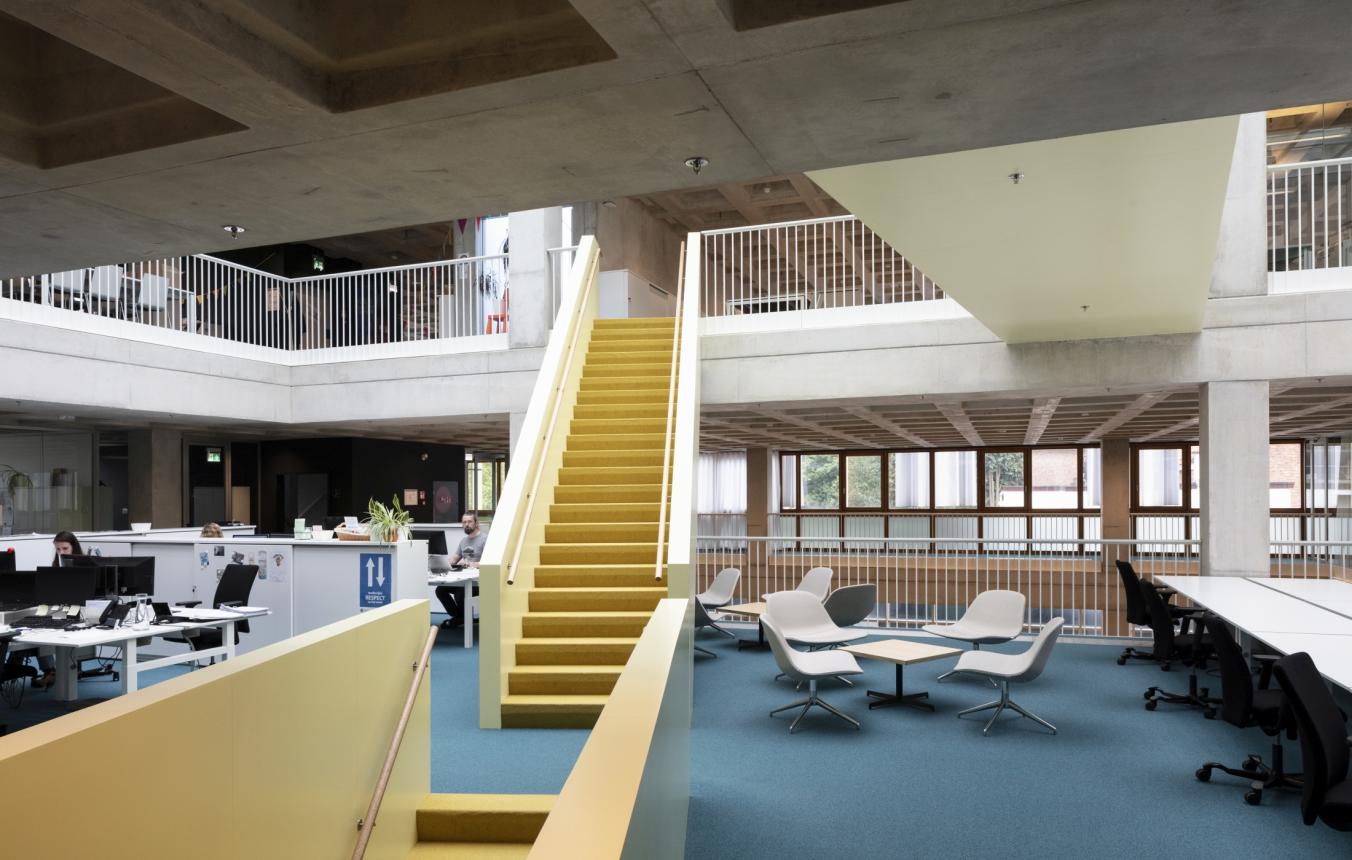 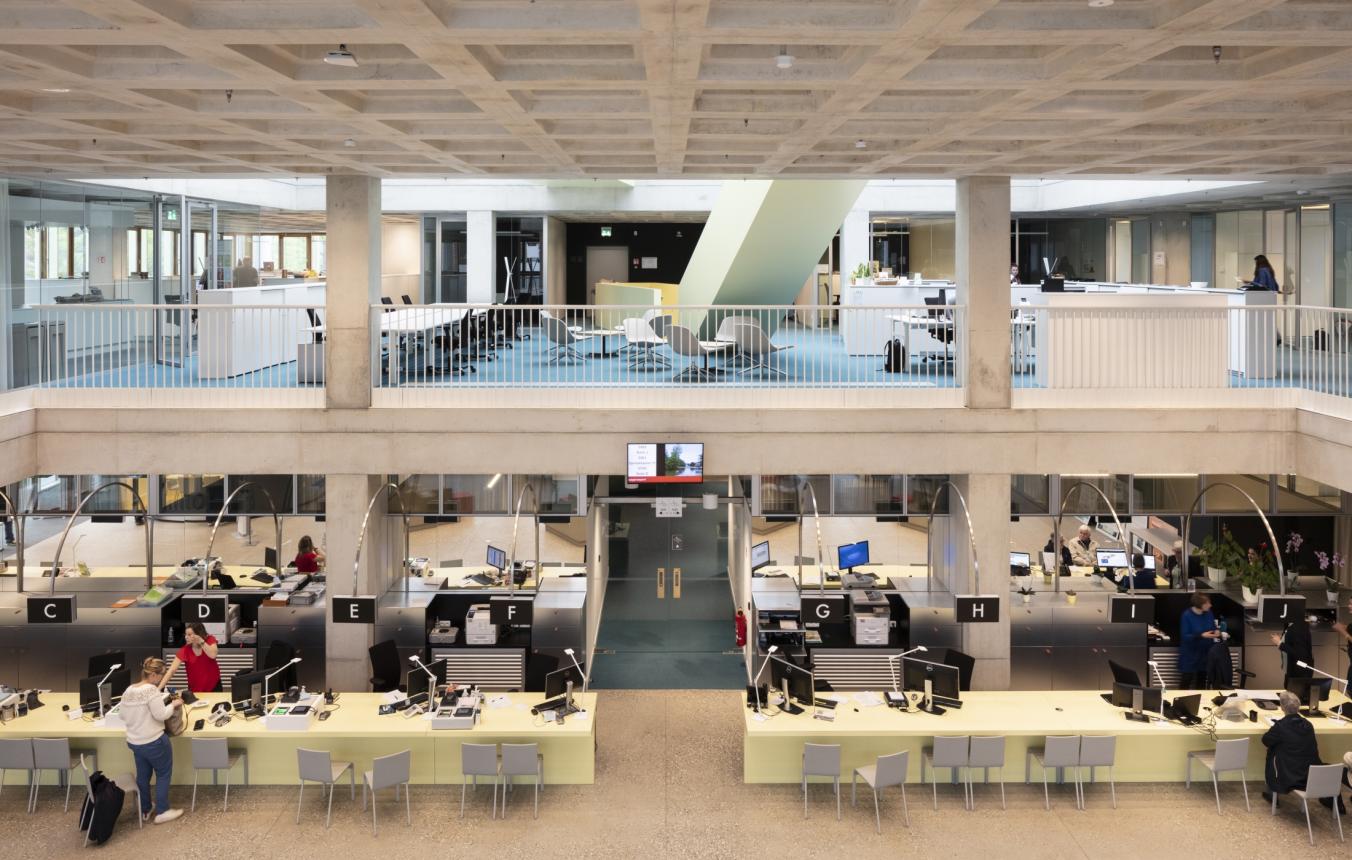 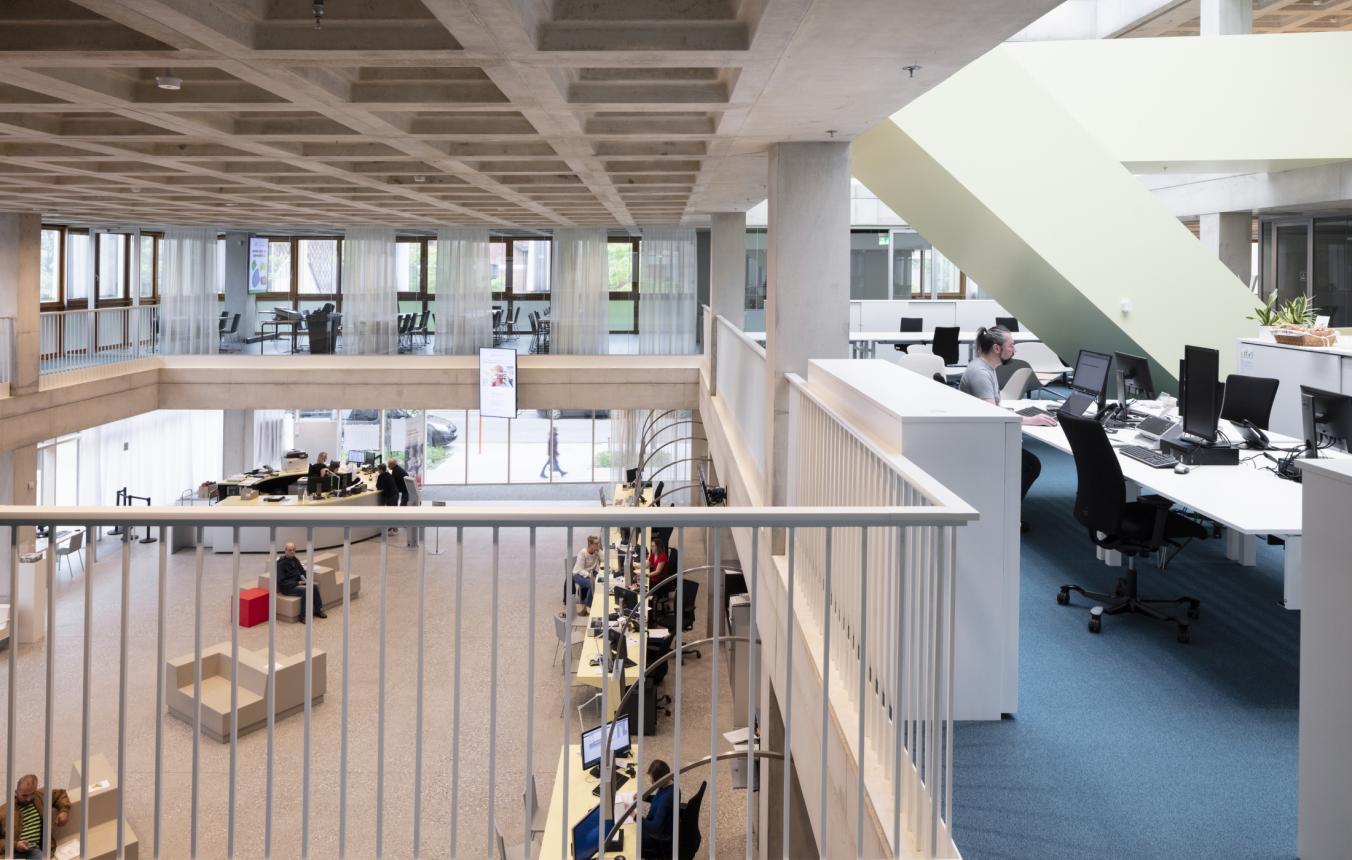 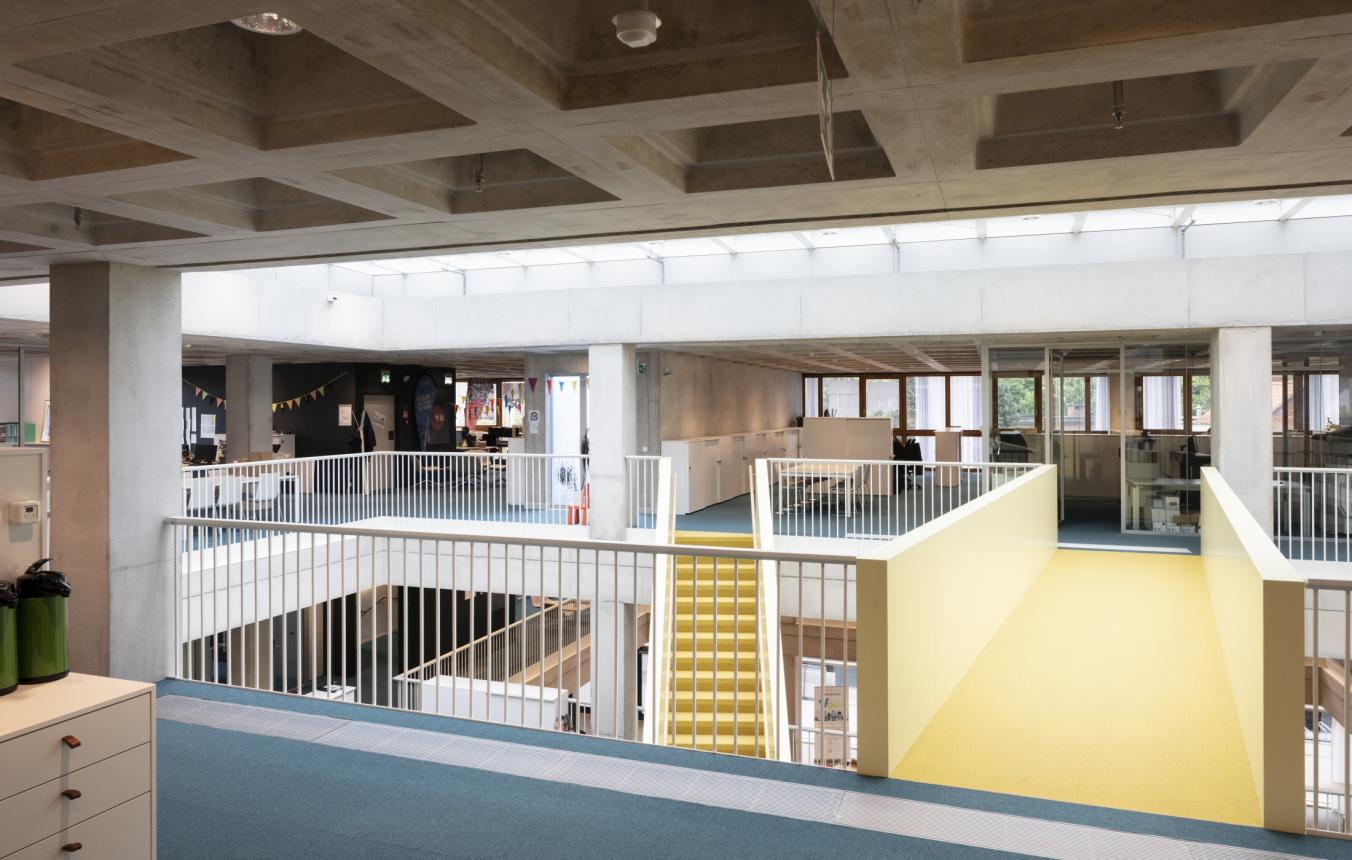 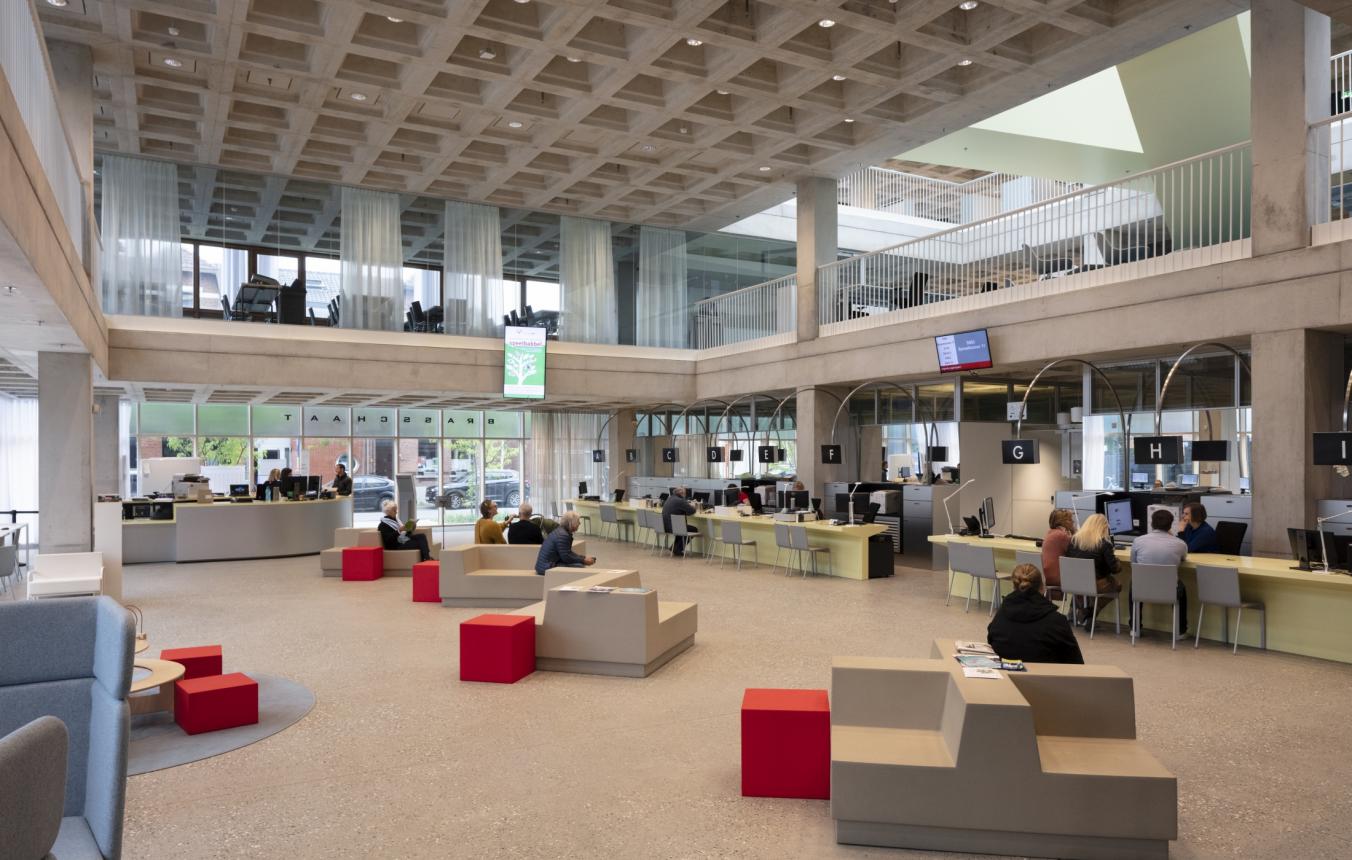 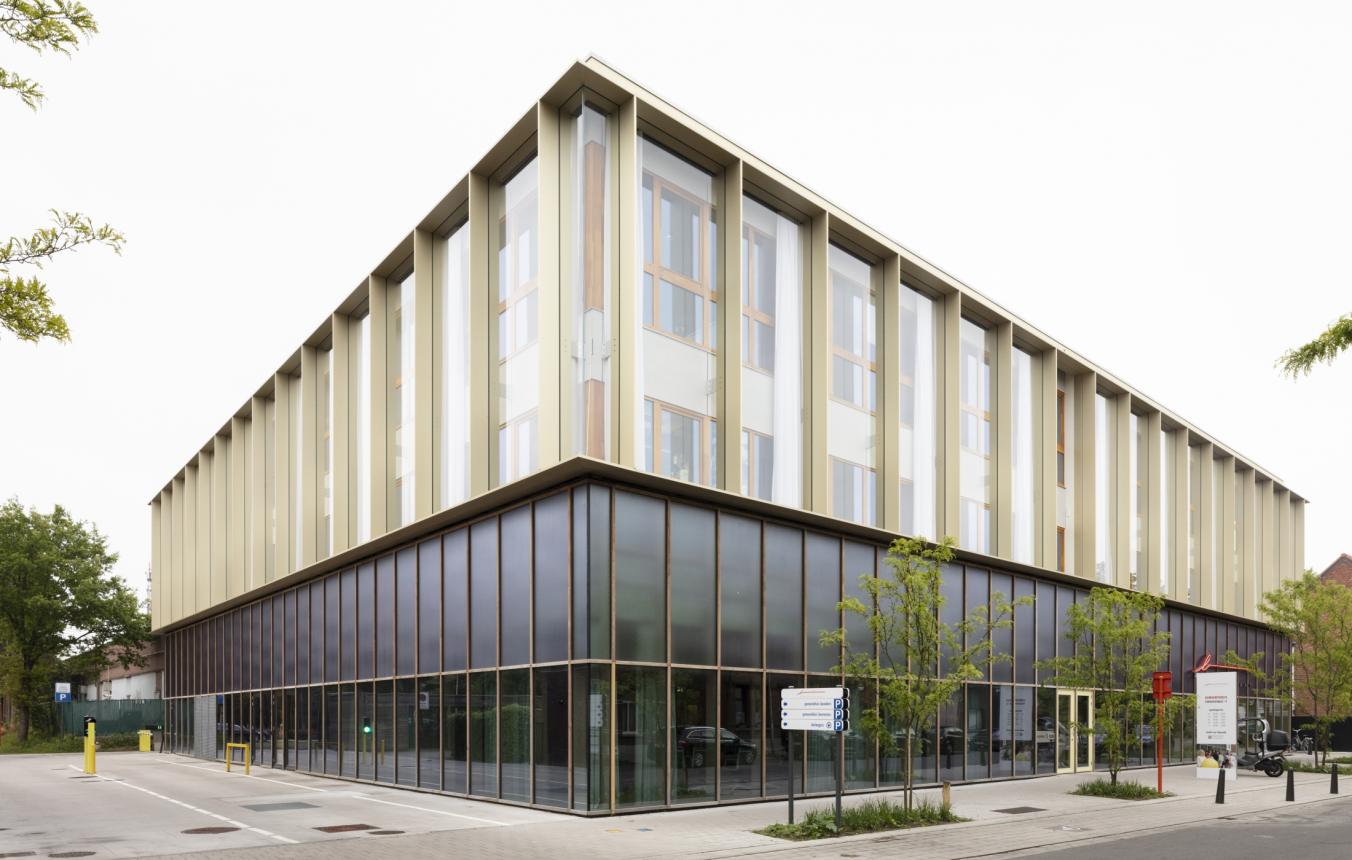 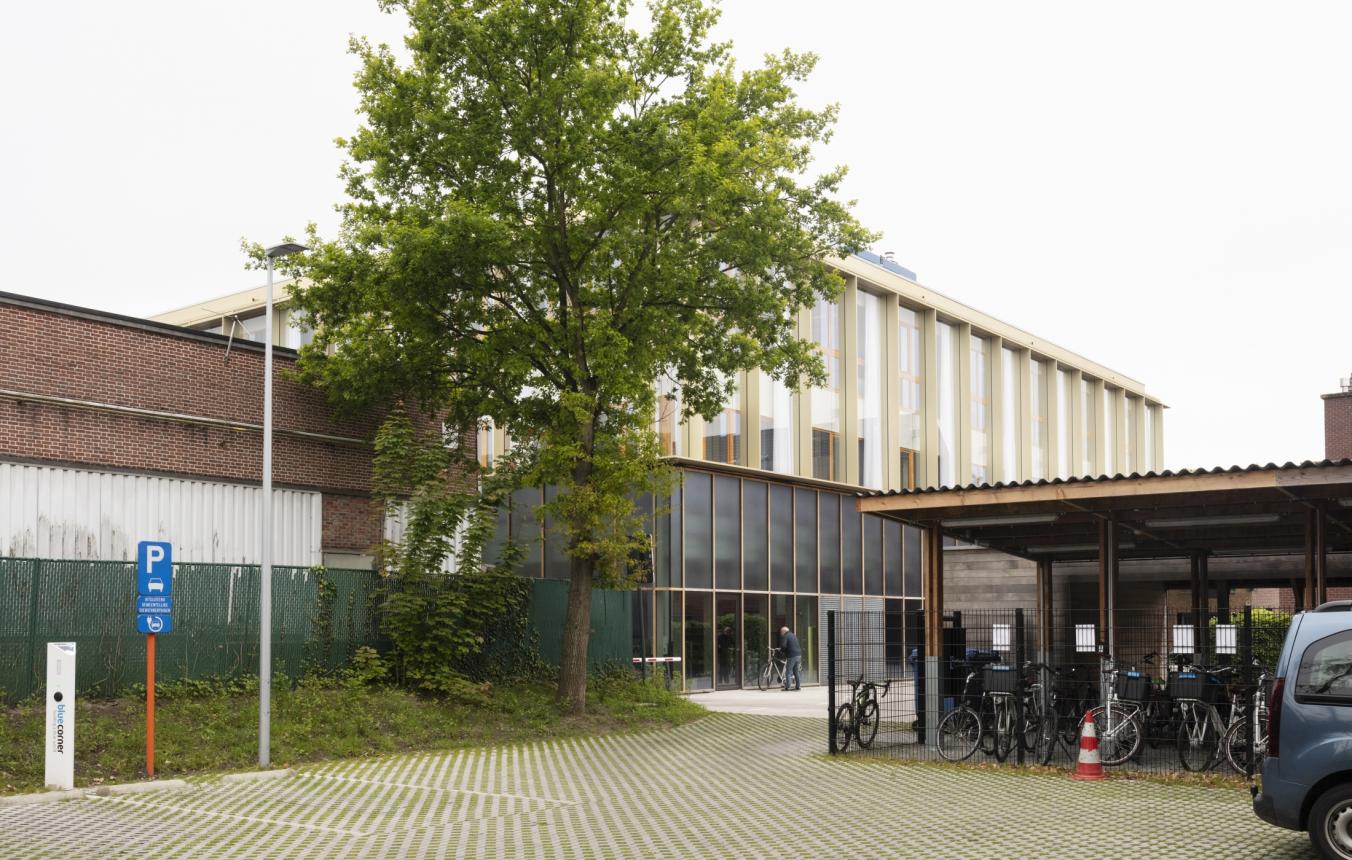 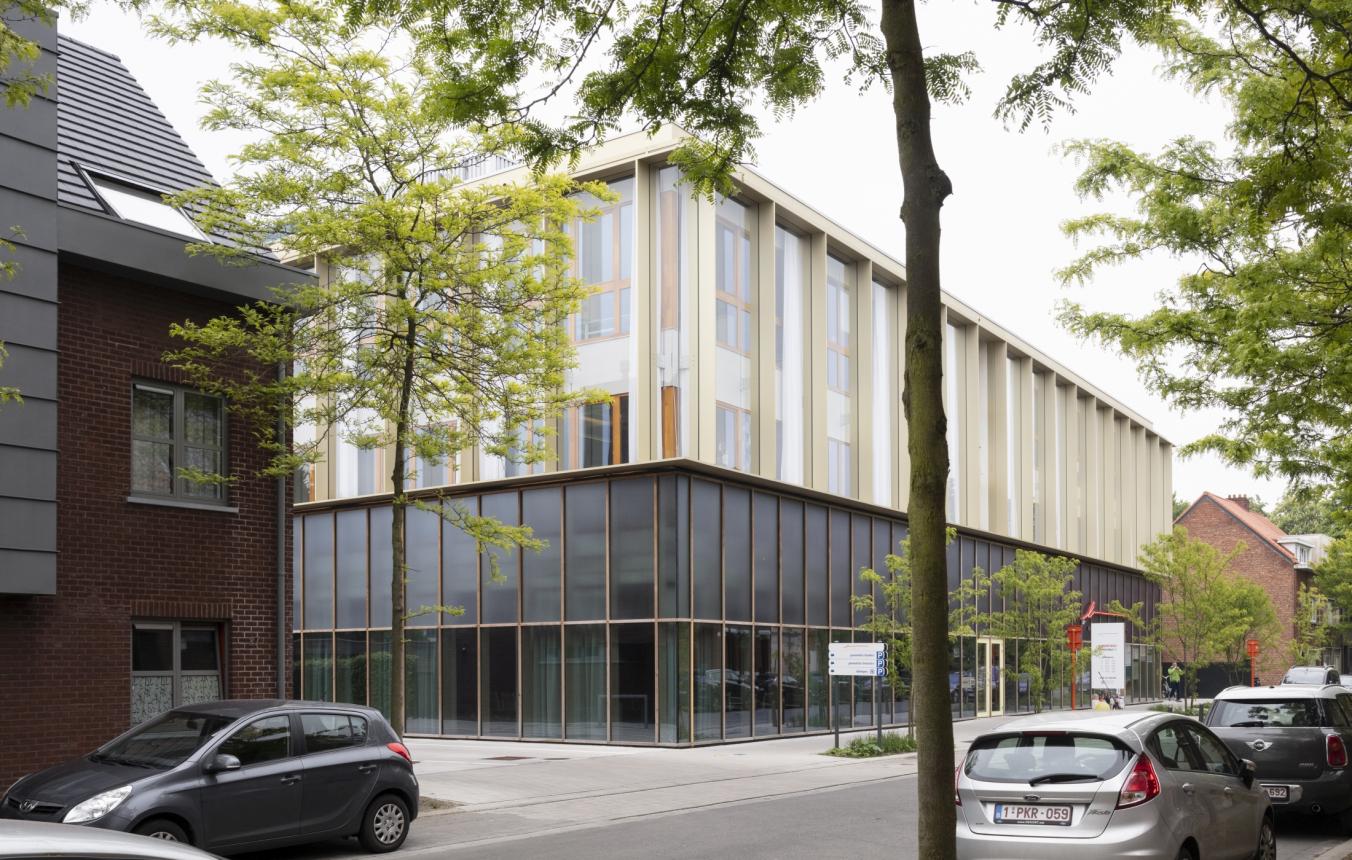 The municipality of Brasschaat and the Municiple Association for Social Welfare realized one singular Administrative Center which combines all previously scattered local services for the citizen. This newbuild is located within walking distance of the current city hall, which remains the identifying billboard of the city.
The design of Compagnie-O architects focuses on the public space: it continues uninterrupted within the building into the 'forum' - the central, multifunctional reception hall - and the 'atrium' - a very transparant servicefloor.The building mainly wishes to facilitate informal encounters: between citizens, between citizens and government, between policy makers and personnel, between employees and colleagues. The project is designed for the long term: the flexible structure makes it possible to expand or alter certain spatial divisions, as well as include new functions.