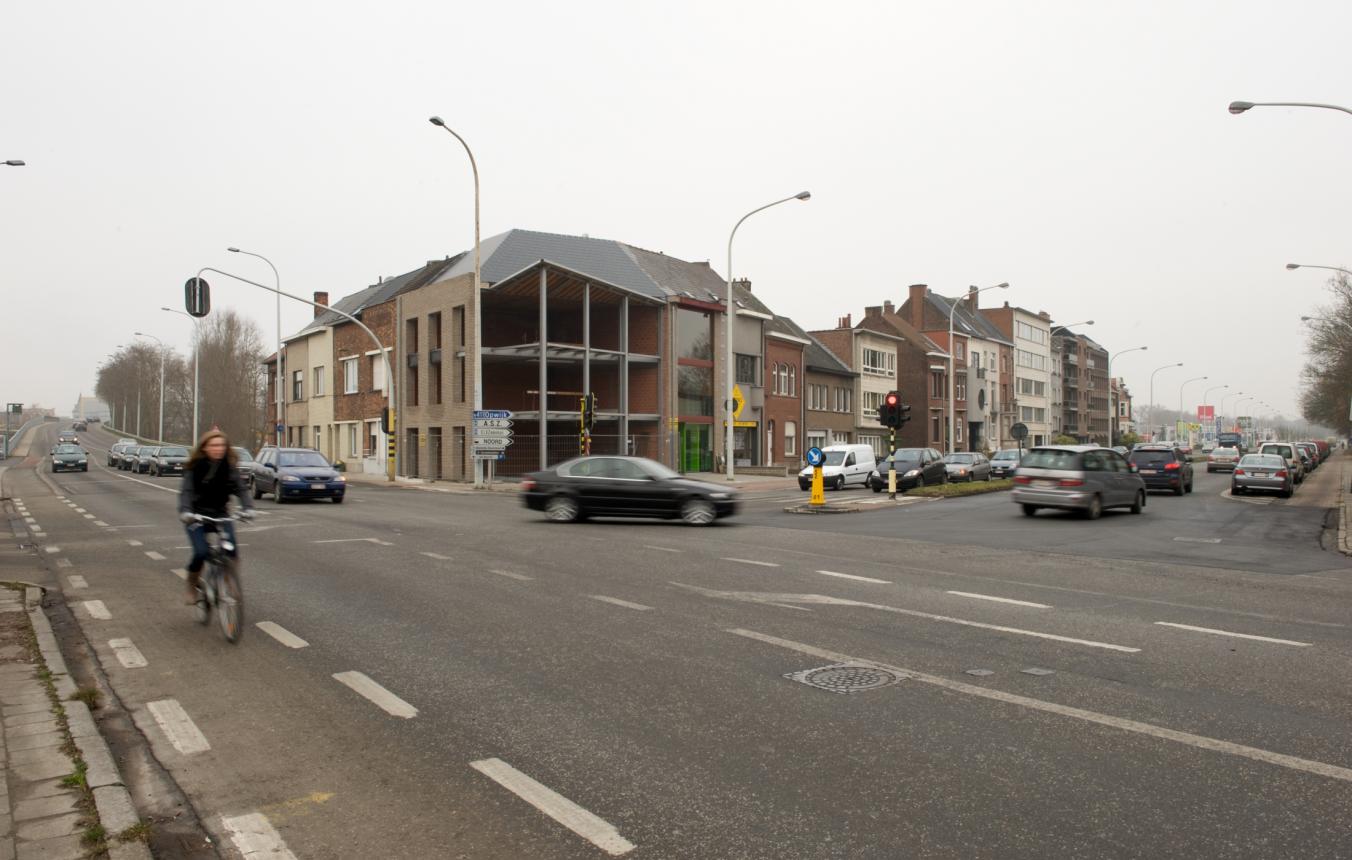 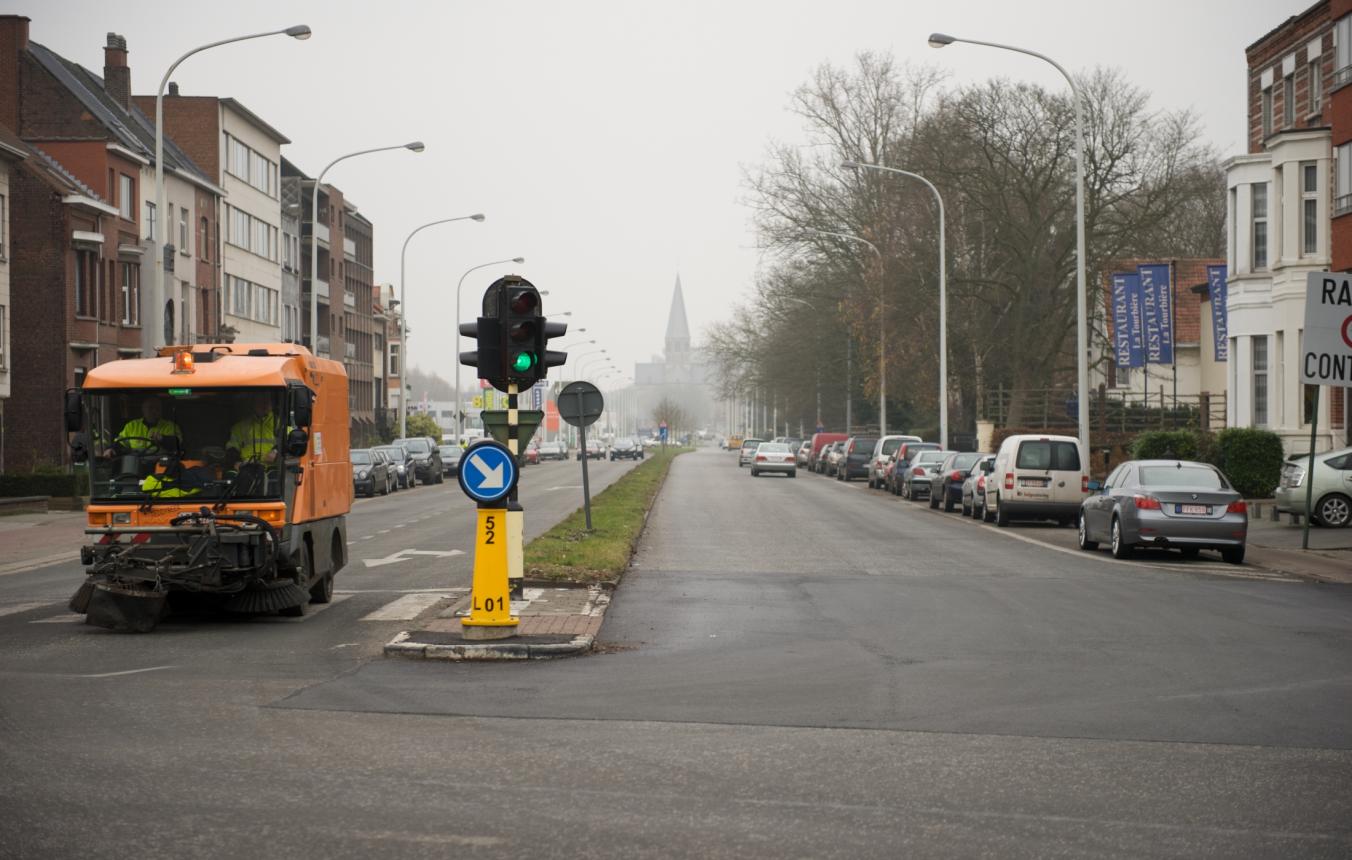 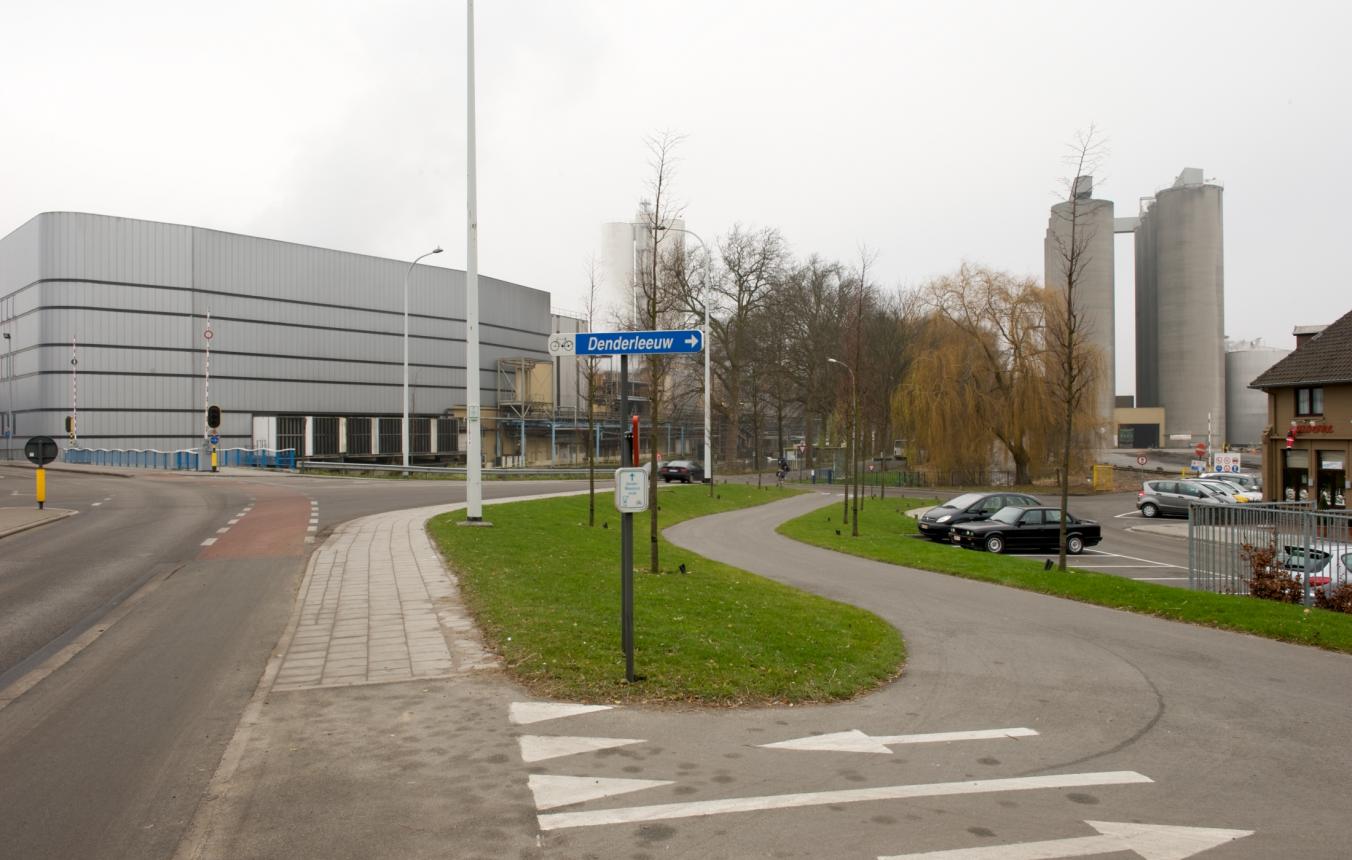 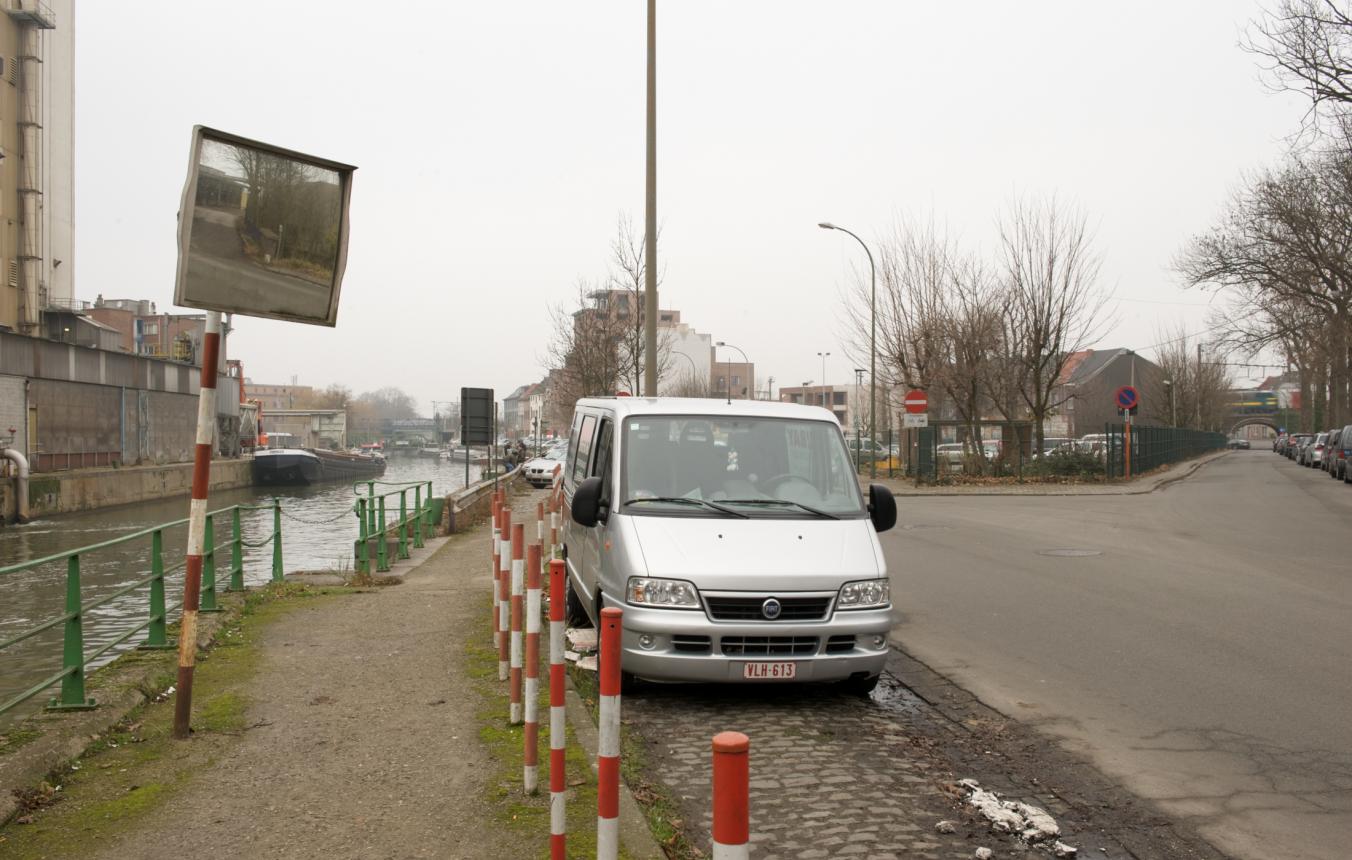 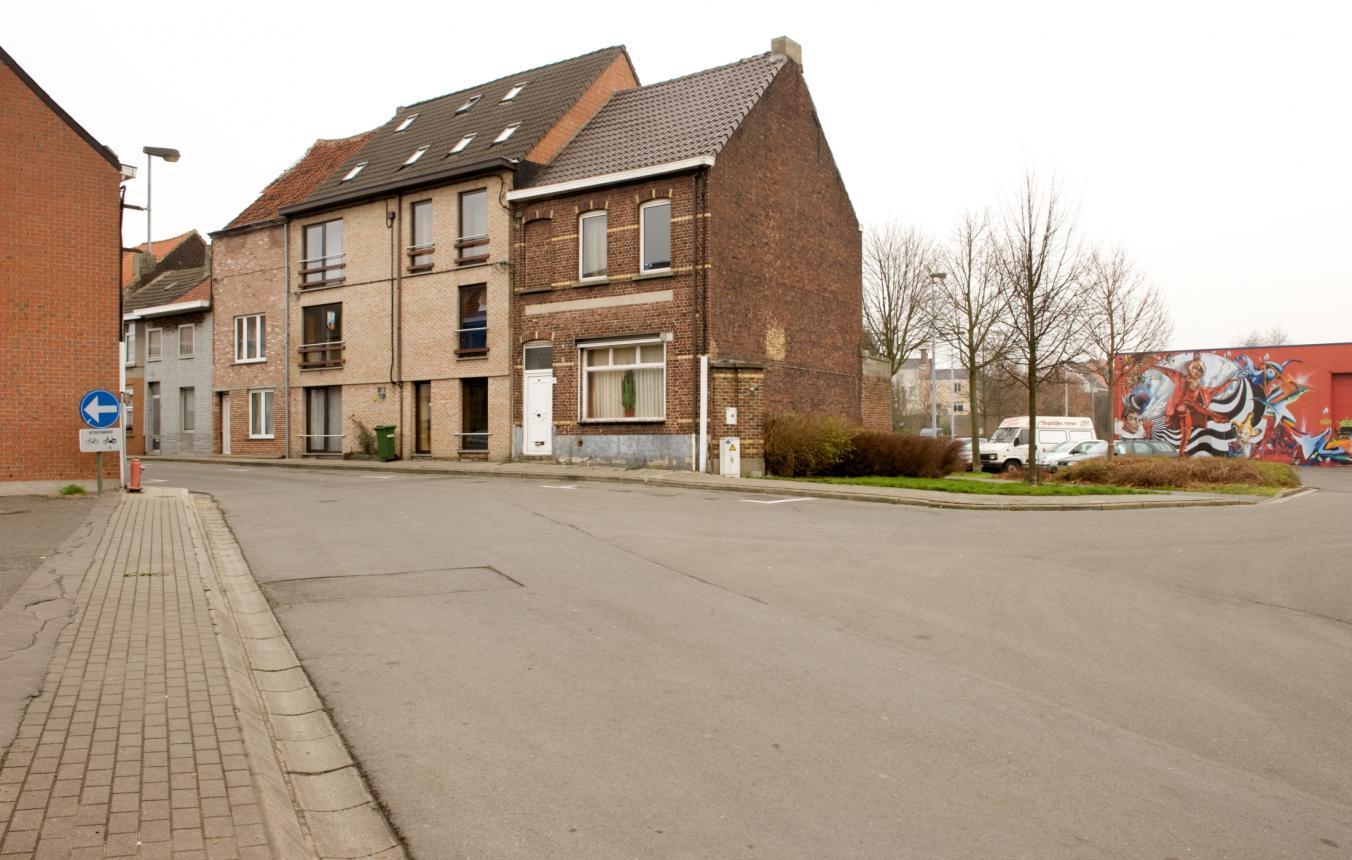 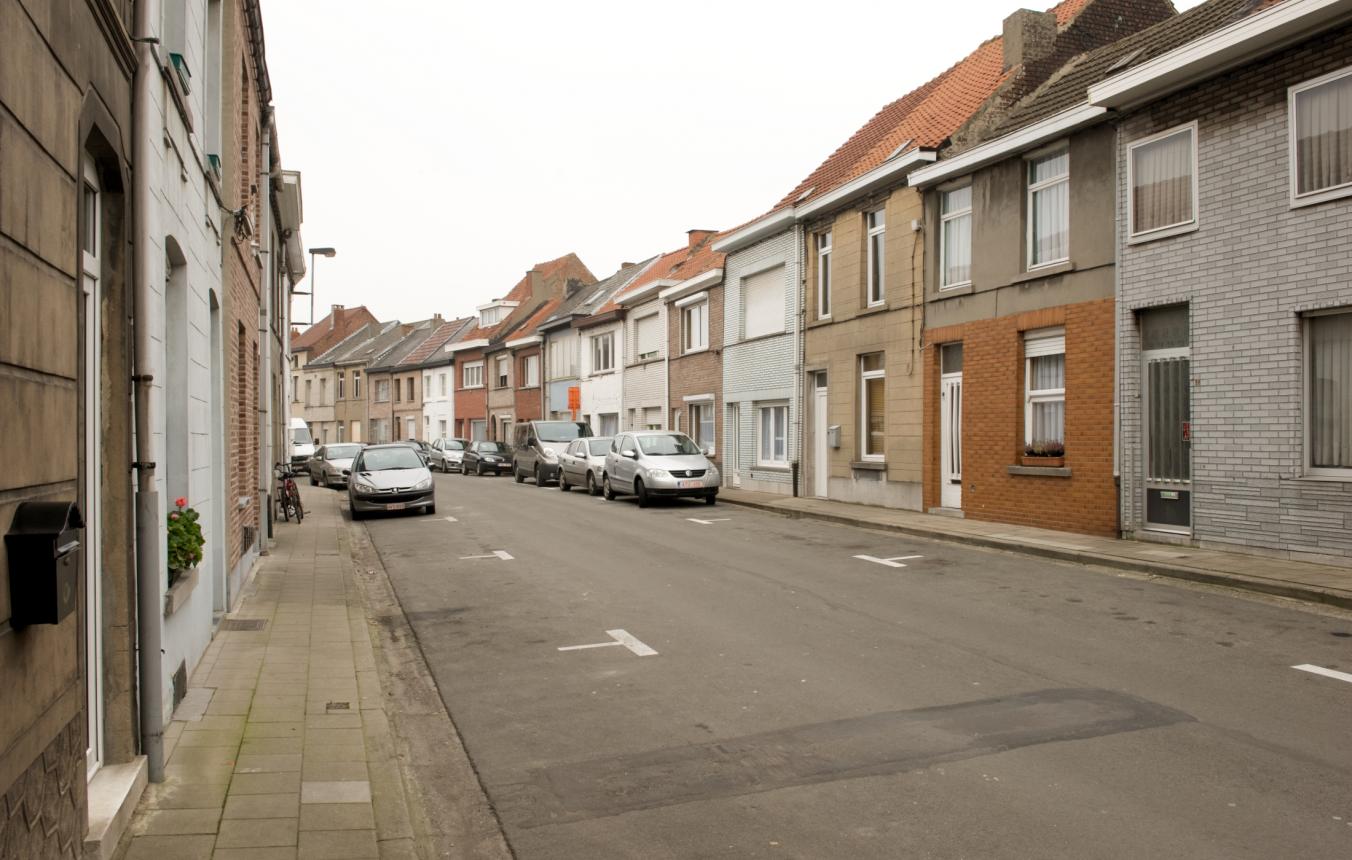 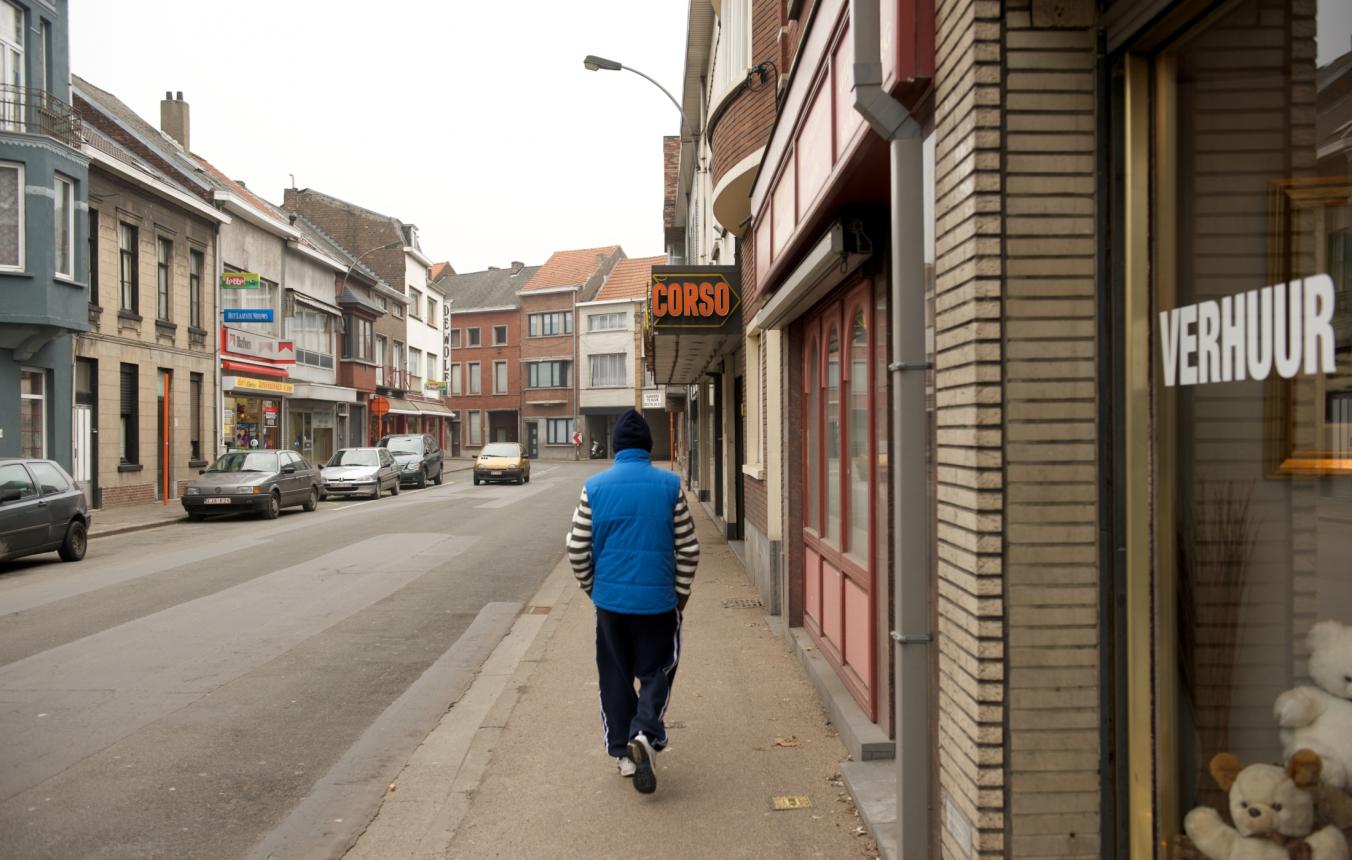 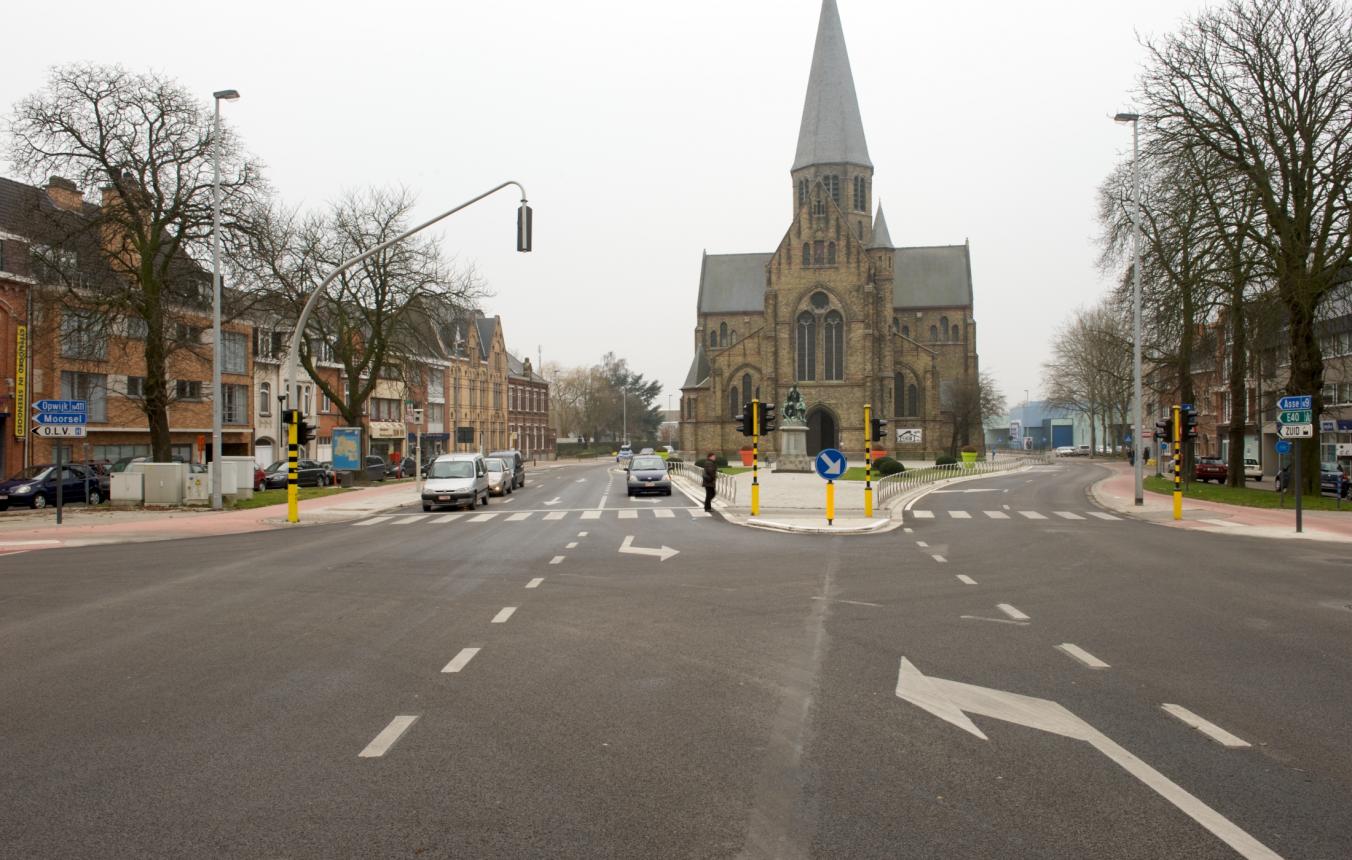 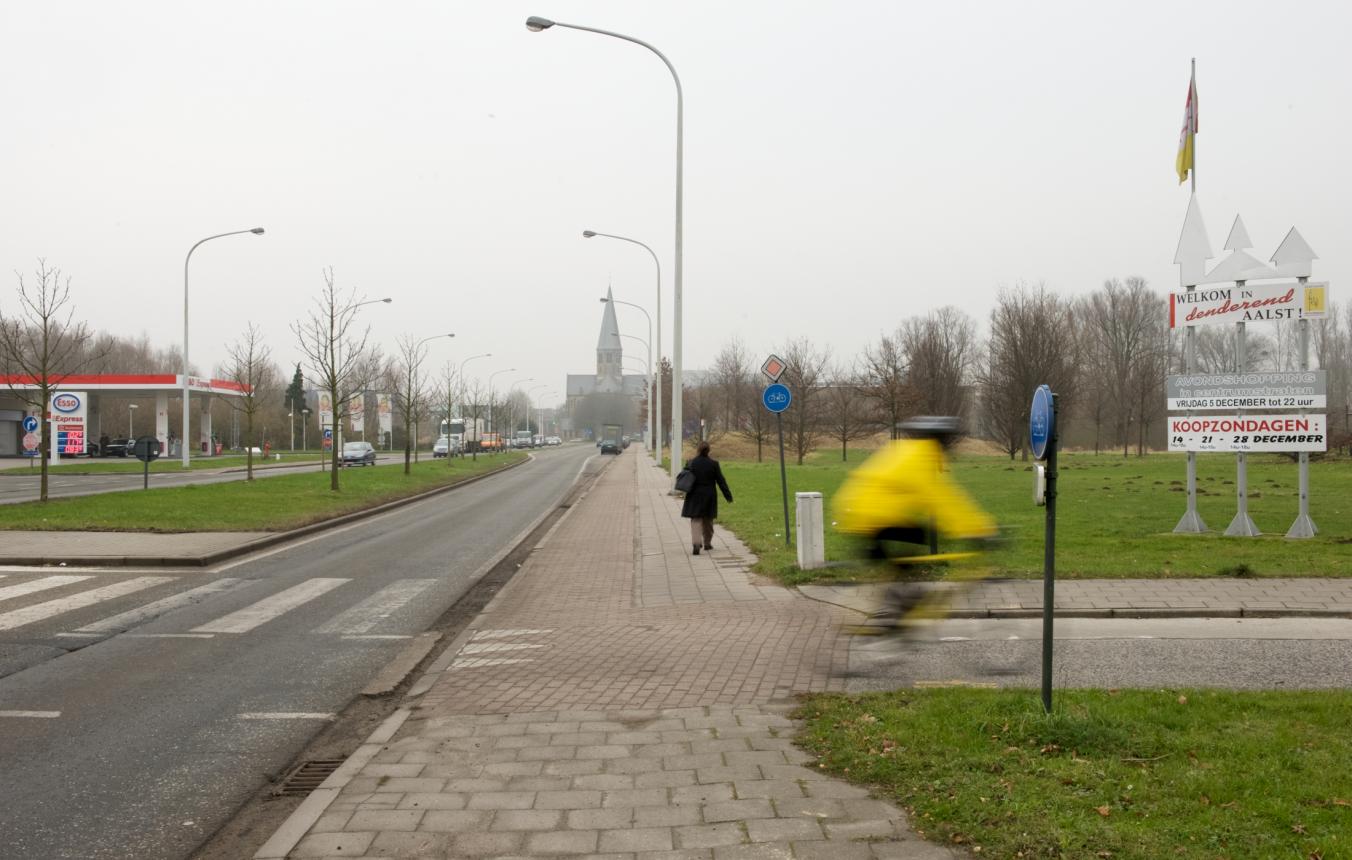 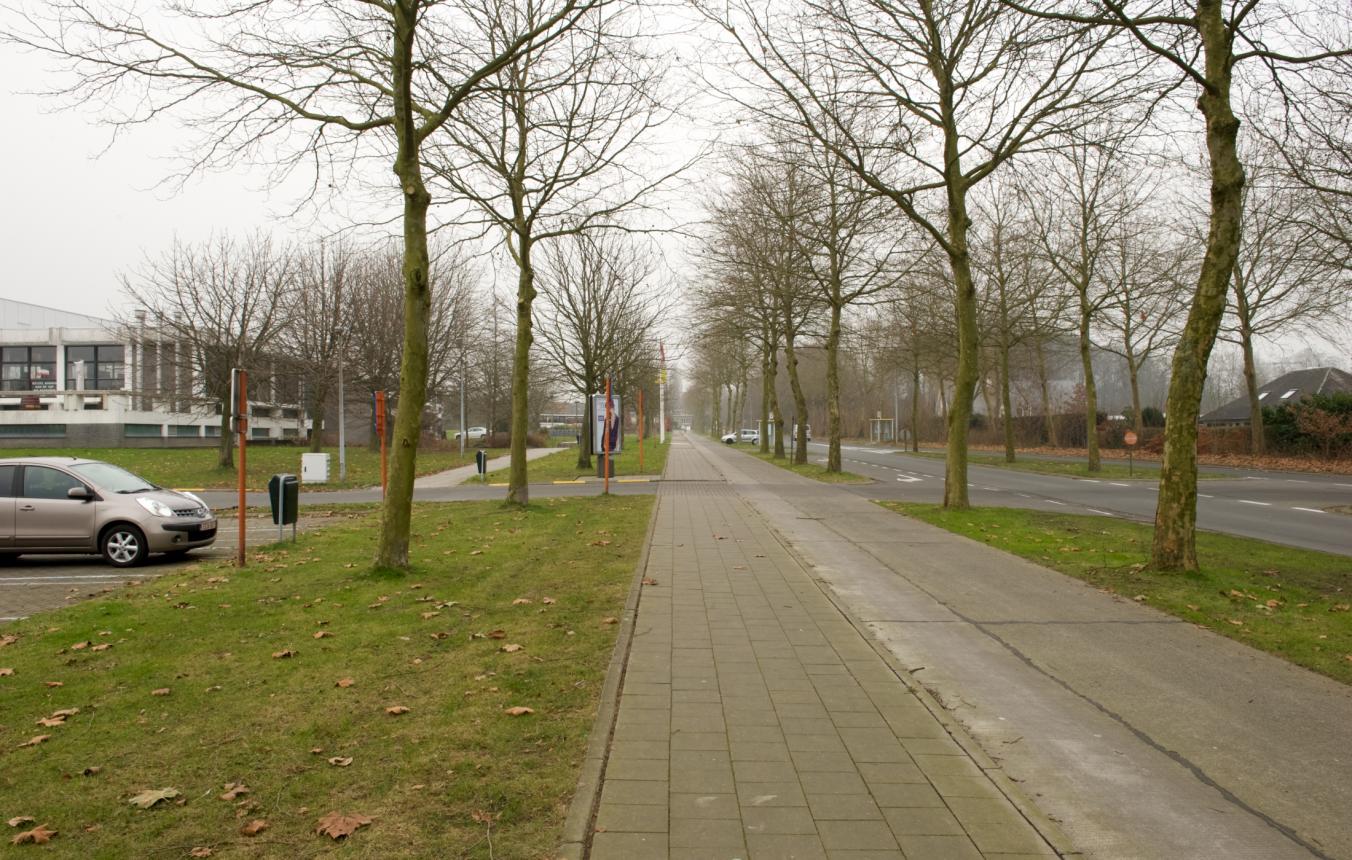 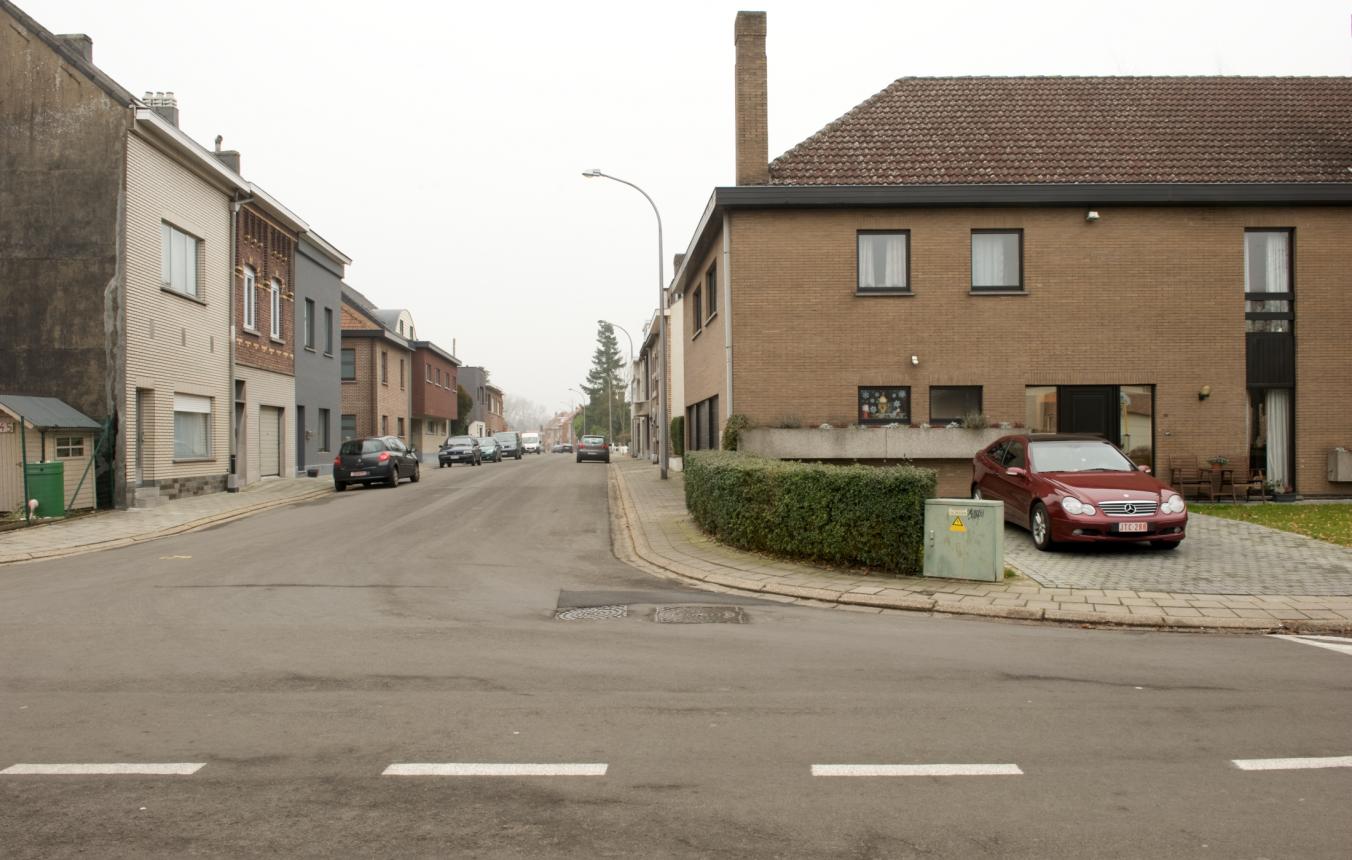 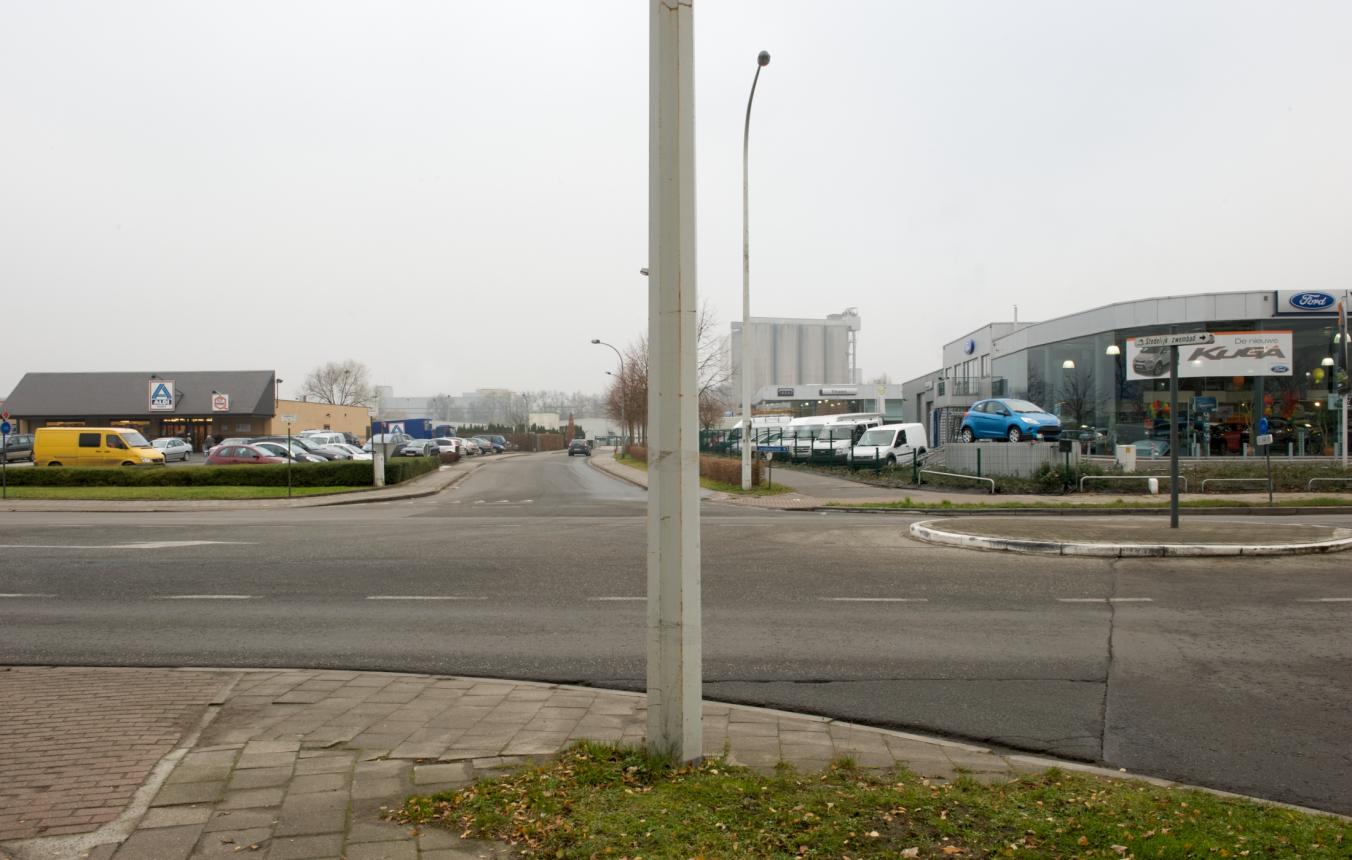 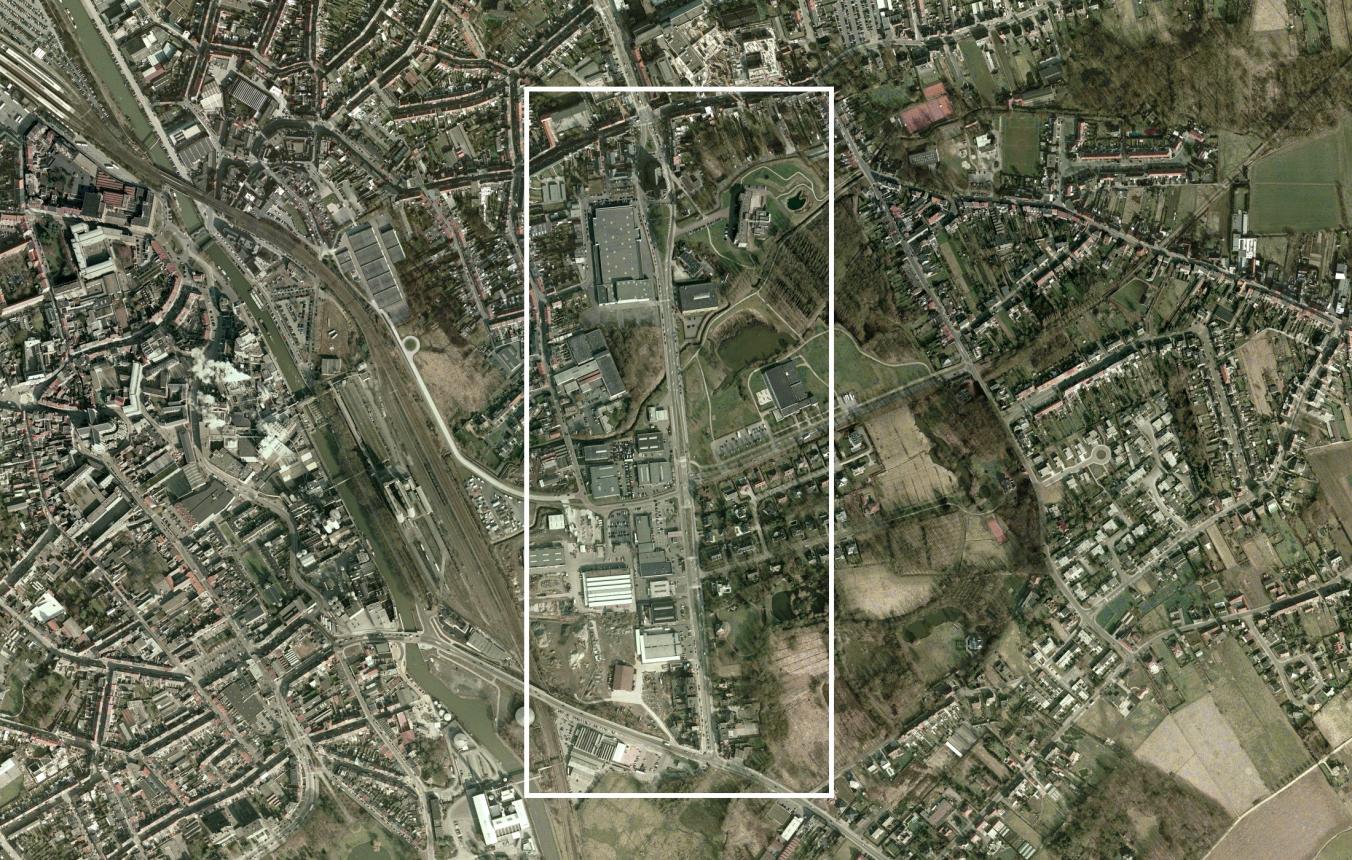 Adjoining the city centre of Aalst is a varied area located between the historic urban fabric and later residential expansions to the east of the city. The area is characterised by activities which take up a great deal of space: a railway yard, large-scale retail stores, a park with recreation facilities, municipal workshops, carnival workshops, a rest home and a valley area with the grounds of several mansions. A number of structural axes run through this area: the Molenbeek, the cycle path between Aalst and Opwijk, and the R41 ring-road. The plan area as a whole is also bordered by major infrastructure elements: the N9 and N411 arterial roads, the railway line and the River Dender.

The present study has already been advanced as a priority policy topic in the town's spatial structure plan. The focus must be on remaining potential and possibilities in order to condense by developing additional, preferably urban, functions. This is closely connected with the strategic location of the area and with the vacant land and empty premises there. The scale and diversity of the area requires a nuanced approach. For example, the southern part is a junction in the traffic and transport structure and is the gateway to the city, with support from economic and tourist-leisure activities. In the north, the integration of the project close to the dense, small-scale residential zone is of importance. In the central area, the Molenbeek valley must for its part be safeguarded from building or fragmentation and its status as green belt strengthened.

The presence of the aforementioned infrastructure elements offers opportunities for development but is also a significant sticking point. Strengthened by the industry along the Dender, they form a strong physical barrier between this eastern part of the city and the city centre on the left bank, something which has always hindered the full residential and recreational development of the area. In addition, the development of the potential link with Osbroek-Gerstjens to serve as a green recreational lung for Aalst will also be hampered by this infrastructure.

From a legal and planning perspective, the area is currently subject to a patchwork of intentions according to the regional plan and various Local Development Plans (BPAs), some of which are already outdated. Limited possibilities in and around the park or within the Small and Medium-Sized Enterprise Zone along Albrechtlaan are a good example of this. Moreover, according to the development plans, some shops and houses are located in the wrong zones. On the basis of the master-plan, Aalst town council will therefore draw up municipal spatial implementation plans in order to further differentiate the area and, if so desired, offer existing activities additional chances and permit new projects and developments.